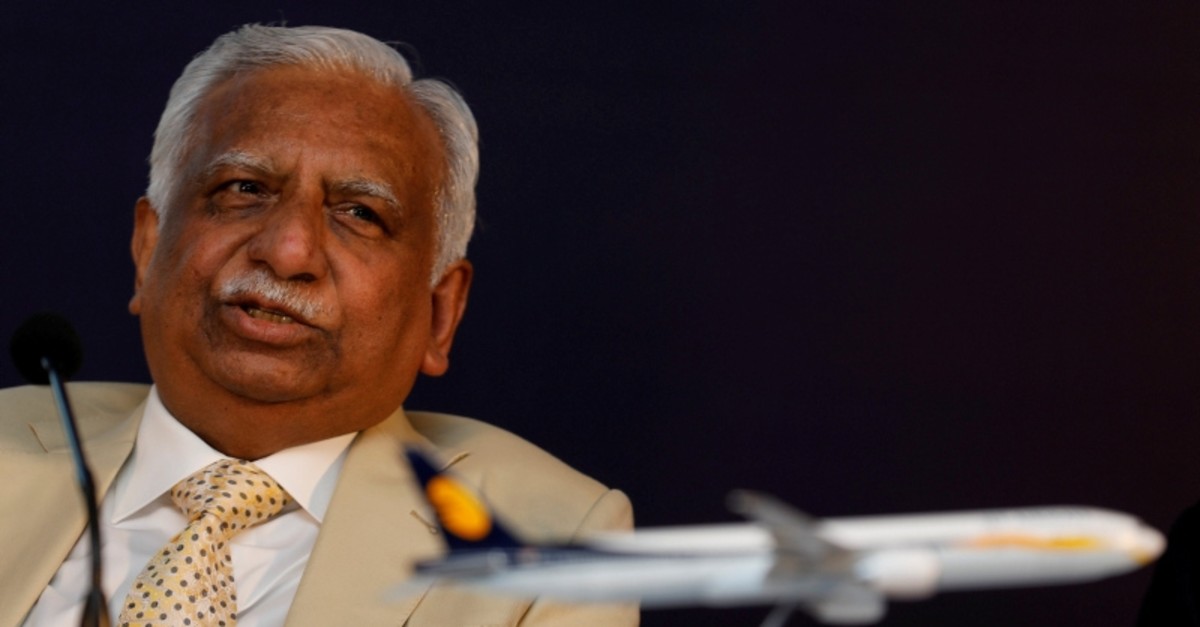 The chairman of India's private Jet Airways has quit amid mounting financial woes which have forced it to suspend 14 international routes and ground more than 80 planes.

A statement by the airline said its board on Monday accepted the resignations of Chairman Naresh Goyal, his wife and a nominee of Gulf carrier Etihad Airways from the board. It said Goyal will also cease to be chairman.

Goyal has been trying to obtain new funding from Etihad Airways, which holds a 24 percent stake in the airline, which was founded 27 years ago.

The statement said the airline will receive 15 billion rupees ($217 million) in immediate funding under a recovery plan formulated by its creditors, led by government-owned State Bank of India.

It also said the board approved the setting up of an interim management committee to oversee daily operations and cash flow of the company.

The lenders will complete in the June-August quarter the bidding process for the issuing and sale of shares to new investors.

Its shares soared 13 percent in Mumbai.

Indian media reports said that Goyal's stake in Jet will fall to half the current 51 percent. The statement said it would also issue 11.4 million new shares.

The Mumbai-based carrier, which until turbulence recently was India's second biggest airline, has been forced to ground three-quarters of its 119-aircraft fleet.

This is because it was unable to pay aircraft lessors. Its pilots have also complained of delays in receiving their salaries, while the firm also defaulted on loan payments.

Thousands of customers have been stranded in recent weeks after hundreds of flights were cancelled, in some cases with little or no notice.

A collapse would deal a blow to Prime Minister Narendra Modi's pragmatic pro-business reputation ahead of elections starting on April 11.

India's air passenger numbers have rocketed six-fold over the past decade with its middle class taking advantage of better connectivity and cheaper flights.

The country's aviation sector is projected to become the world's third-largest by 2025.

But like other carriers Jet has been badly hit by fluctuating global crude prices and a weak rupee, as well as fierce competition from budget rivals.

Alarm bells for Jet first rang in August when it failed to report its quarterly earnings or pay its staff, including pilots, on time. It later reported a loss of $85 million.

In February, it secured a $1.19 billion bailout from lenders including State Bank of India to bridge a funding gap.

But the crisis has further deepened since, reportedly due to a stalemate in talks between Goyal and the airline's other major stakeholder, Etihad.

During a previous crisis in 2013, the airline was rescued by Abu Dhabi-based Etihad with a $600-million capital investment.

Press reports have suggested that Etihad wanted to reduce its stake.

Goyal remaining on the board and being the controlling shareholder has long been a point of contention with Jet's lenders.

Goyal, 69, was India's 16th richest person according to Forbes magazine in 2005. He currently does not feature in the list.

The son of a jewellery merchant in India's Punjab, Goyal dabbled as a public relations manager for Iraqi Airways and also worked as a regional manager for Philippine Airlines before launching Jet Airways.

"With Goyal stepping down, the company can engineer a comeback and revive the airlines," Devesh Agarwal, editor of the Bangalore Aviation website, told AFP.

"Ultimately, banks will own the airline now and need to find the right leadership immediately and inject funds to contain the crisis," Agarwal added.