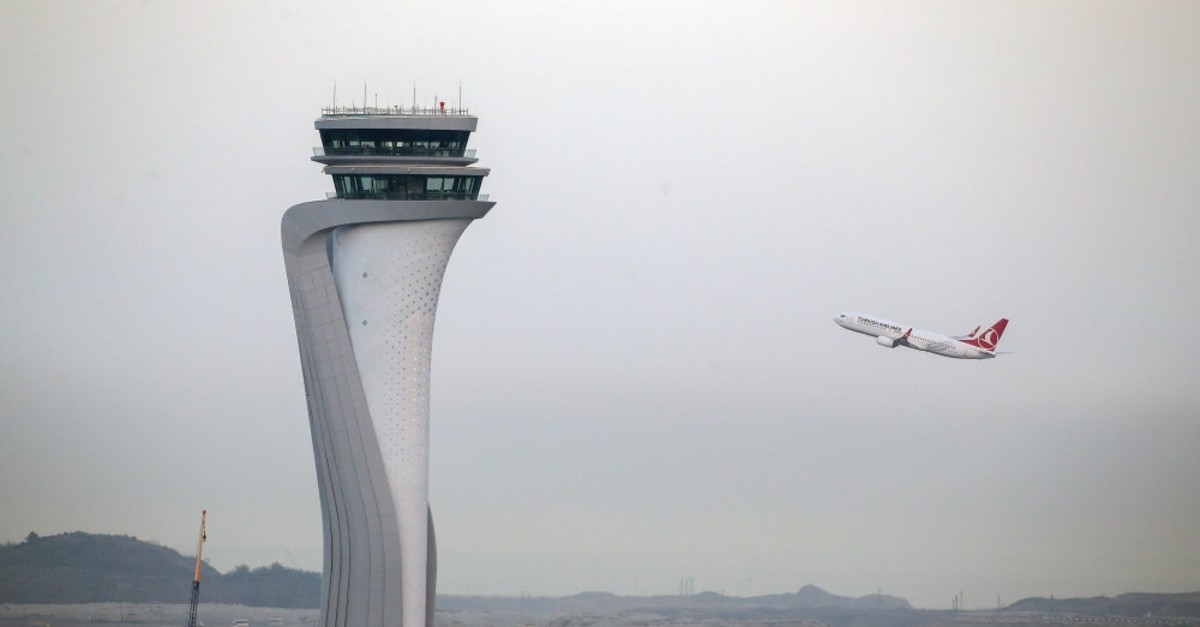 In a massive logistics operation that will start tomorrow, Turkey is going to say goodbye to Atatürk Airport, which has long been home to Turkey's rise in global aviation, and move to the new Istanbul Airport

The long-awaited process of shifting from the longtime home of Turkish civil aviation, Atatürk Airport, to the new Istanbul Airport will kick off at 3 a.m. tomorrow. The move will last for 45 hours and be completed just before midnight on Saturday if all goes according to plan. Both the outgoing Atatürk Airport and the incoming Istanbul Airport will be closed to all passenger flights for a period of 12 hours, between 2 a.m. and 2 p.m. that day, Transport and Infrastructure Minister Mehmet Cahit Turhan said.

Atatürk International Airport, which was commissioned in 1953, will no longer serve commercial flights as of Saturday. The airport, which handled 68 million people last year, will transition to other uses, such as training activities, aviation fairs and civil use.

The last plane to carry passengers from Atatürk Airport will fly to Singapore on Saturday at 2 a.m. [April 5, 2300GMT]. Flights at Istanbul Airport will increase gradually as of Saturday at 2 p.m. The first flight after the big move will be to Ankara's Esenboğa Airport.

Within five years, Istanbul Airport will rank second on the global list of airports serving the most passengers, Turhan said. But once all its phases are completed, the airport will become a global aviation hub and rank first, he stressed. In a written statement yesterday, national flag carrier Turkish Airlines (THY) Chairman İlker Aycı said: "We are upset to leave Atatürk Airport, our home where we were born and raised. However, we are also excited to call the world's aviation center our home. The great move, which will start on Friday, will be a major change not only in Turkey but also in world civil aviation. Istanbul Airport will change the color of the sky to red and white." During the shift, equipment weighing around 47,300 tons will be carried to Istanbul Airport from Atatürk Airport. The load, consisting of over 10,000 pieces of equipment, from an aircraft-towing apparatus weighing 44 tons to extremely sensitive materials, is equivalent to a 5,000-truck volume.

The trucks will carry this load a distance calculated as 400,000 kilometers in 45 hours. Thus, the trucks will travel the equivalent of 10 times around the world. Over 1,800 personnel will work during the operation.

Minister Turhan added Turkey has recently come to the fore as the fastest growing country in the world, especially in the field of aviation. He stressed that Turkish civil aviation has become one of the most reputable airline sectors in the world.

He noted that Atatürk Airport is unable to carry the burden of developing aviation, which should not only be considered as the number of passengers, pointing to the increase in cargo transport.

Emphasizing that Istanbul is located at the heart of the Europe-Asia-Africa-Middle East corridor, which accounts for 66 percent of the passenger market, Turhan said they realized this potential in advance, suggesting that Istanbul should have a new hub and spoke airport for additional service capacity, and thus built Istanbul Airport. "Thanks to the increasing capacity of Istanbul Airport, more airlines will be able to fly to Turkey, and within a few years Istanbul Airport will take the lead in the number of passengers and cargo transported in Europe," he continued.