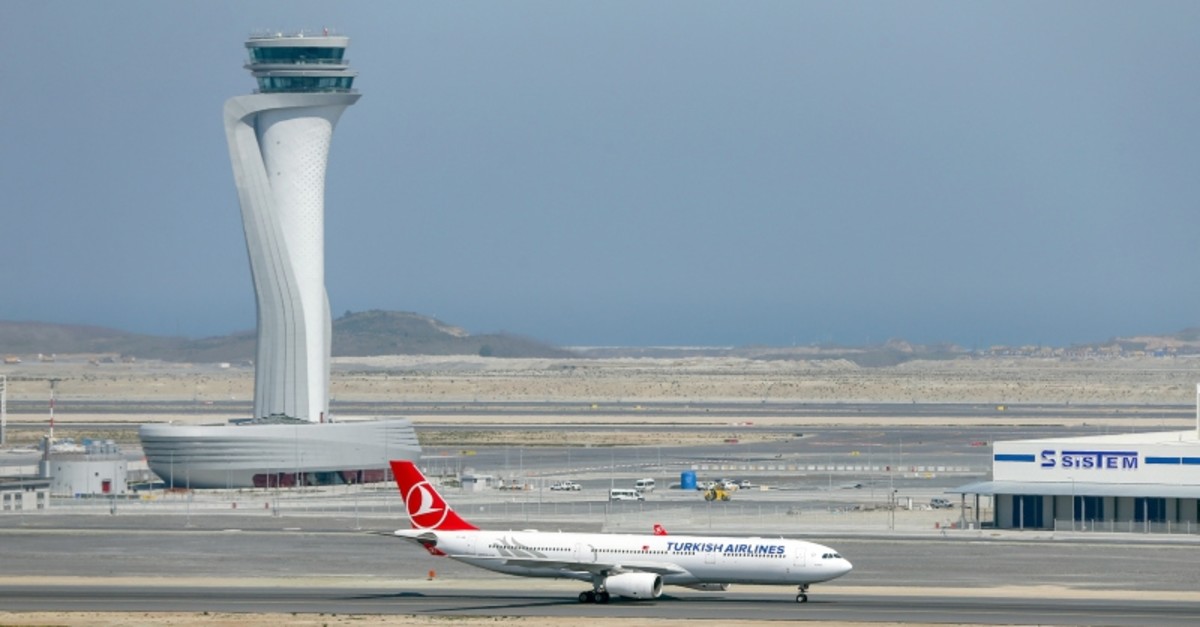 At around 3 a.m. this morning, national flag carrier Turkish Airlines (THY) initiated the biggest logistical operation in aviation history, moving from its old base Atatürk Airport to its new home, the enormous Istanbul Airport.

Many highways between the two airports are closed to traffic so the shifting process, which will take a continuous 45 hours, can be completed safely just before midnight tomorrow.

The civil aviation adventure undertaken at Atatürk Airport, which has served for more than 80 years, says goodbye with the pride of having accomplished its mission successfully.

Besides having made a big contribution to the country's tourism and cargo transportation, the airport was also home to Turkish Airlines' rise in global aviation.

"We're happy, we're proud, but we're also a little bit sad. We are about to launch an aviation emigration from Turkey's biggest airport that has been a home to us, millions of our passengers and hundreds of thousands of our employees and has shared with them their memories, happiness, joy, everything, to the world's largest airport," THY Chairman İlker Aycı told reporters at a conference yesterday, elaborating on the latest developments and plans prior to the move.

He said that they had completed all the preparations for strategically important works with international consultants, local authorities and all institutions and organizations with professionally prepared relocation plans. Aycı noted yesterday that 25 percent of the whole transfer, which had been in the process partially for some time, was completed, and that they were left with the large part.

On the other hand, it was said yesterday that transportation planning was to consist of 686 trucks that night, while 1,386 other vehicles, accompanied by 700 THY vehicles, were also scheduled to participate.

According previous statements, during the shift, equipment weighing around 47,300 tons will be carried to Istanbul Airport from Atatürk Airport. The load, consisting of over 10,000 pieces of equipment, from an aircraft-towing apparatus weighing 44,000 tons to extremely sensitive materials, is equivalent to a 5,000-truck volume.

The trucks will carry this load a distance of 400,000 kilometers in 45 hours. Thus, the trucks will travel the equivalent of 10 times around the world. Over 1,800 personnel will work during the operation.

"The last flight from Atatürk Airport will be made to Singapore. We will have completed our flights here with the Singapore flight," Aycı said.

The last plane to carry passengers from Atatürk Airport will fly to Singapore tomorrow at 2 a.m. Flights at Istanbul Airport will increase gradually as of tomorrow at 2 p.m. The first flight after the big move will be to Ankara's Esenboğa Airport, Aycı noted.

Now, Istanbul Airport will have a big mission to contribute to Turkey's tourism and its rise in global aviation, according to the THY chairman.

"Istanbul will be the most important route for transit passengers. With our fleet that will grow even more with our new wide body aircraft, we will fly to new destinations from the new airport," said Aycı. He also said that they would provide new cities flights to Istanbul though Turkish Airlines with renewed agreements with countries and airline companies that do not fly to Turkey.