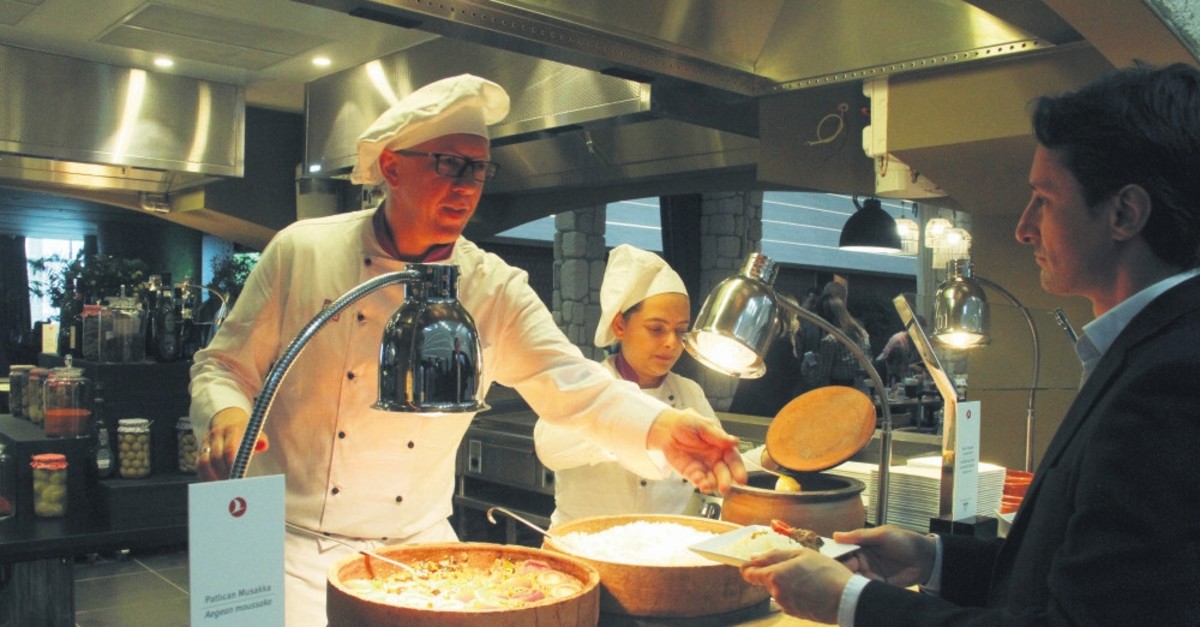 Following Turkish Airlines' (THY) successful "great move" to its new home, Istanbul Airport, the country's flag carrier has upgraded the comfortable experience it offers to passengers with its new business lounge.

With suite rooms, shower cabins, a movie hall and a library as well as delicious Turkish food and diverse entertainment facilities such as a golf course and a museum with a special zone for children, the new lounge creates a five-star hotel experience for THY passengers prior to their flights. The lounge also has six meeting rooms where passengers can hold business meetings.

Istanbul Airport, right at the crossroads of Europe and Asia, makes Turkey an ideal destination as an international travel hub. At the new facility, THY offers its business class passengers an exquisite delight of Turkish cuisine, including traditional desserts like baklava and food from all regions of the country in a 9,580-square-meter lounge. The carrier's former CIP lounge at the Atatürk Airport was 6,000 square meters.

The lounge, which is expected to make a significant contribution to Turkish gastronomy, includes some special corners as well, including a special section for Turkish tea.

Accompanied by a huge picture showing Black Sea women collecting tea, the specialized section is poised to introduce Turkish tea to the world.

THY was recently awarded for having the best business class lounge at the Skytrax World Airline Awards.

The carrier's lounge also ranked first in the global listing for having the best business class lounge dining.

From 2011 to 2016, the Skytrax world airline survey named THY the best airline in Europe. Last year, it ranked fourth following Lufthansa, Swiss International Airlines and Austrian Airlines. The flag carrier was chosen as the Best Airline in Southern Europe for the ninth consecutive time in 2017.