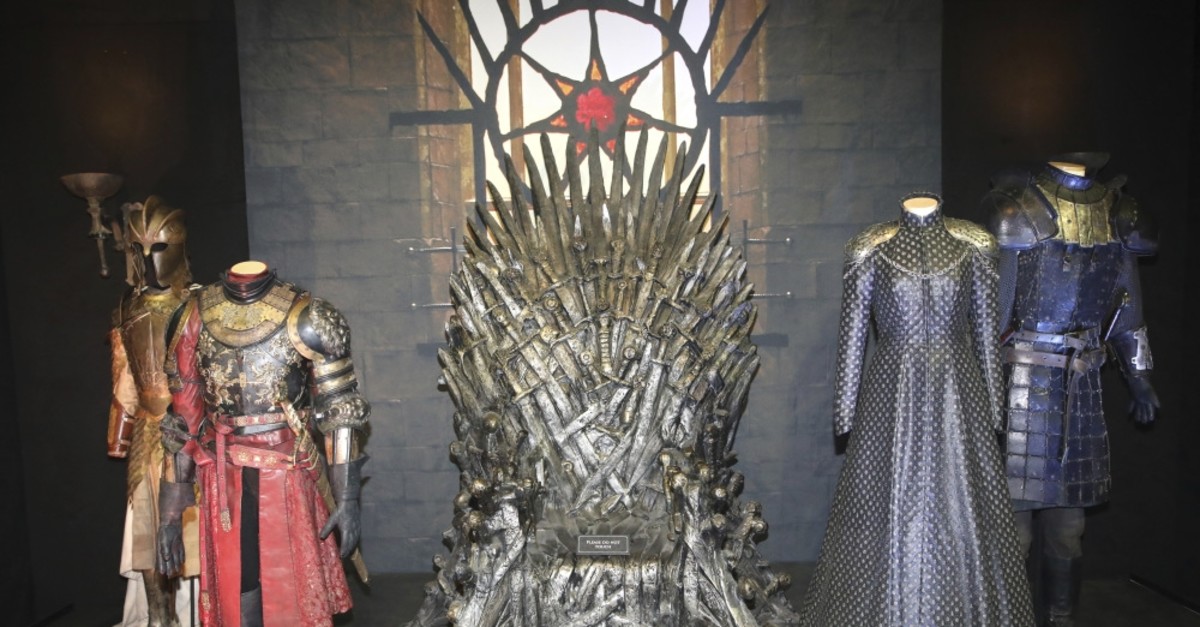 The Iron Throne and costumes on display during the launch of The Game of Thrones Touring Exhibition at the Titanic Exhibition center in Belfast, Ireland April 10, 2019.
by Daily Sabah Apr 12, 2019 12:12 am

Millions around the world have waited with bated breath to watch the final season of "Game of Thrones," an HBO series adapted from George R.R. Martin's best-selling book series "A Song of Ice and Fire," a medieval fantasy epic embellished with the power struggles of kings, queens, lords and ladies. Many commercial enterprises and global brands have made lucrative sales from the series' trademark products.

Turkish e-commerce firm Gittigidiyor has seen a significant rise in "Game of Thrones" trademarks. According to data from Gittigidiyor, from March 5, the data when the first trailer of the eighth and final season was released, to April 5, the search for "Game of Thrones" products increased 10 times when compared to the previous month. Sales for these products on the website doubled in the same period.

The statement from the company noted that products were mostly purchased by customers in Istanbul, Izmir and Kocaeli. Customers were mainly aged 25 to 30, and 65 percent of customers purchasing "Game of Thrones" trademarks were male. Best-selling items include t-shirts, decorative materials and other objects.

Gittigidiyor Marketing Director Feyza Dereli Fedar said in the statement the high interest in the TV series is reflected in shopping preferences. "We expect a further rise in the purchase of 'Game of Thrones' trademarks," she noted.