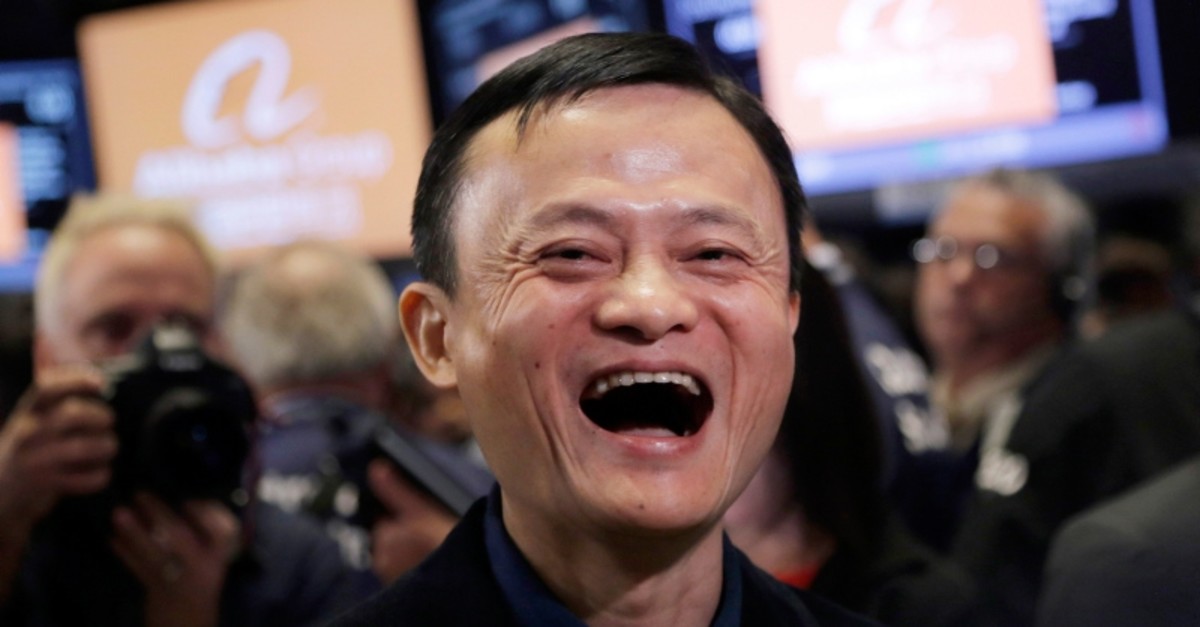 Chinese e-commerce tycoon Jack Ma has long been an example of how the power of big dreams, strong leadership and sheer elbow grease can create massive fortunes in China's go-go economy.

Yet, recent remarks by the head of Chinese online business giant Alibaba that young people should be prepared to work 12-hour days, six days a week have prompted a public debate over work-life balance in the country.

Ma is one of China's richest men and his comments brought both condemnation and support as China's maturing economy enters a period of slower growth — and young people look to escape the drudgery their parents often had to endure.

"The anxiety of companies is understandable, but the way to alleviate anxiety is not making employees work overtime as much as possible," the People's Daily said.

The debate has exposed contradictions in modern Chinese society, where the Communist Party was officially founded on improving conditions for workers and peasants but also calls for huge sacrifices to build a powerful and prosperous nation.

Wang Dao, 29, who works in the media industry, said long working hours should not be compulsory, though hard chargers will inevitably put in the extra time.

"For startups and strivers, (long hours) are valuable, but it should not be advocated for everyone," he said.

Ma, 54 and with a fortune estimated at around $40 billion, has responded to the criticism by saying work should be a joy and also include time for study, reflection and self-improvement.

"Real '996' is not simply working overtime," Ma posted on his Weibo microblog this week, referring to the concept of working from 9 a.m. to 9: p.m., six days out of the week. "It's not tedious physical work and not related to exploitation."

Attitudes toward lengthy work hours are changing as Chinese incomes rise and employees have more options for entertainment and relaxation, said Han Jun, a professor at School of Labor and Human Resources at Renmin University in Beijing.

"Employees want to enjoy their leisure time more and are less willing to work long hours," Han said. As Chinese industry develops, companies need more than just hard work and firms that pressure employees to work too many hours might be hurting themselves, he said.

"The need for skills and creativity is getting higher," said Han. "Asking employees to work too long will cause work quality and employee efficiency to decline."

Just as Chinese schools require hours of homework and extra study from students, Chinese companies demand overtime from their workers without putting that in writing, said Yang Baoquan, senior partner at the Zhong Yin Law Firm in Beijing.

That allows employers to avoid violating Chinese labor law and puts their workers at a disadvantage when seeking to assert their rights, Yang said.

"There is a certain connection between personal hard work and happiness and wealth growth. But it is not necessarily at the cost of the right to rest and at the cost of crossing the legal red line," Yang said.

With growth slowing, companies are under more pressure than ever to demand overtime from their workers, even if they don't declare so openly, said Zhang Liyun, an associate professor at the China University of Labor Relations.

Advocacy of "996" by business leaders such as Ma is their way of sending a semi-covert warning to less motivated workers, Zhang said.

"They clearly know that forcing employees this way will not receive positive social impact and will harm their corporate culture, image and invisible assets," she added.

For Jin Linyan, 29, who works in finance, it all comes down to necessity and the level of compensation.

"If it gets really busy, (996) is unavoidable," she said, while adding that if such hours became the norm, mental and physical health would be affected.

"Honestly, it's OK if the salary is high," Jin said. "What's most fearful is having 996 with a low income."