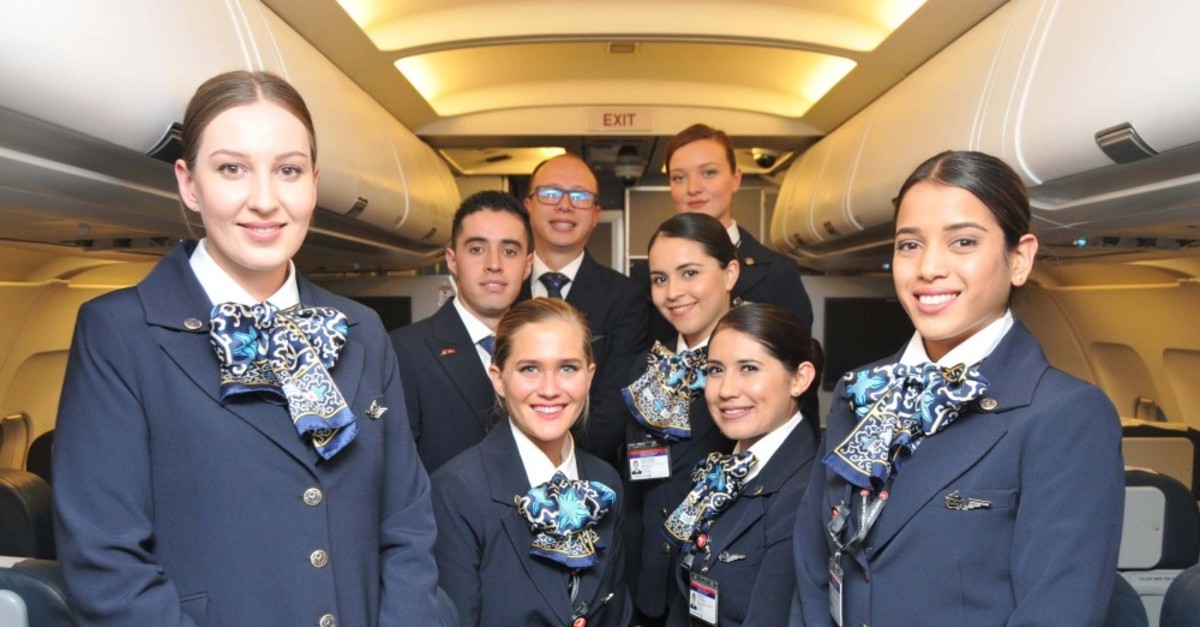 The carrier recently recruited one Ukrainian, 25 Mauritian, three Lithuanian and 31 Colombian flight attendants as part of the "foreign flight attendant employment project," which it launched with the aim of boosting passenger satisfaction.

After successfully completing vocational training at THY headquarters in Florya, the foreign flight attendants donned their uniforms. The new flight attendants will serve on flights to destinations where their mother tongues are spoken. Prior to the first flight, they spoke to Demirören News Agency (DHA), expressing their excitement to work at THY and saying that they are looking forward to the first flight.

Pointing out that Istanbul is an "incredibly" big city, Pulido said he does not feel lost because the city where he lives is very big as well. "I really like this place. We have encountered a different culture here. We have been in Istanbul for two months. Really, everything has been so beautiful so far. Traffic is a little crazy. People are so warm. For now, what is difficult is the language and communication, but I have started to learn slowly. I feel comfortable and safe like at home," he added.

Ulises Arevalo, another Colombian flight attendant, remarked that she did not want to miss the opportunity and soon applied for the job when she saw THY's vacancy announcement in her country. Emphasizing that THY is the airline flying to the greatest number of destinations in the world, Arevalo said: "Working at THY is a great opportunity for my personal development. I am greatly proud of this."

Lithuanian Jurgita Lunyt indicated that she likes Turkey very much, saying that she is really happy to have the opportunity to work at THY. "I have come to Turkey three times before. Before starting at THY, I worked as a flight attendant at a low-cost airline in Lithuania. However, THY is a really great company. I am very excited to work at THY, and I cannot wait to fly," she said.

Ukrainian Iryna Potash, an experienced flight attendant, has been living in Istanbul for four years since she came to work. Potash, who learned Turkish in this period, said that working at THY will greatly contribute to her career. Indicating that Istanbul has become the aviation hub of the world with the opening of Istanbul Airport, Potash said: "I am very happy that THY has moved here. I have been living in Istanbul for four years. I like Istanbul very much. It is an important city with its history and culture. This place is like my second home. There are a lot of places to visit in Istanbul. Karaköy, Sultanahmet and Kadıköy are among my favorite places."