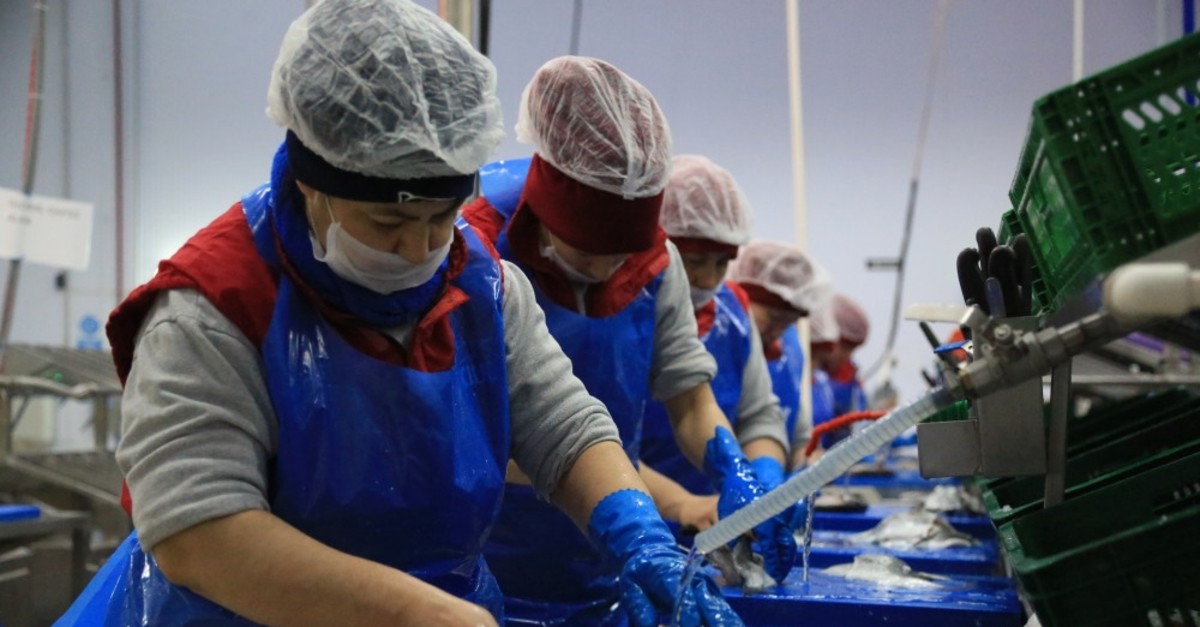 Turkey's aquaculture exports during this season reached $582.2 million, with a 9 percent increase compared to the same period last year, according to the Eastern Black Sea Exporters Association (DKİB).

The Netherlands, Japan and Italy were the leading export destinations for frozen fish and fish fillets during this period, with exports worth $87.5 million, $60.2 million and $58.7 million, respectively.

From Sept. 1, 2018, to April 15, 2019, a total of 2,788 tons of aquaculture exports from the Eastern Black Region amounted to $14.8 million in income. During the same period last year, 655 tons of aquaculture products were exported, generating $3.5 million. Thus, exports from the region increased by 325 percent in quantity and 239 percent in value compared to the same period of the previous year.

Russia, Vietnam, and Germany were the top three markets in exports for the Eastern Black Sea region.

He stressed that the EU countries were leading export destinations for frozen fish and fish fillets in this period. Kalyoncu added there was also a remarkable increase in exports to Japan. "Turkey's aquaculture exports to 76 countries have achieved significant success in terms of diversity," he said, adding that they were pleased with the record increase in exports.