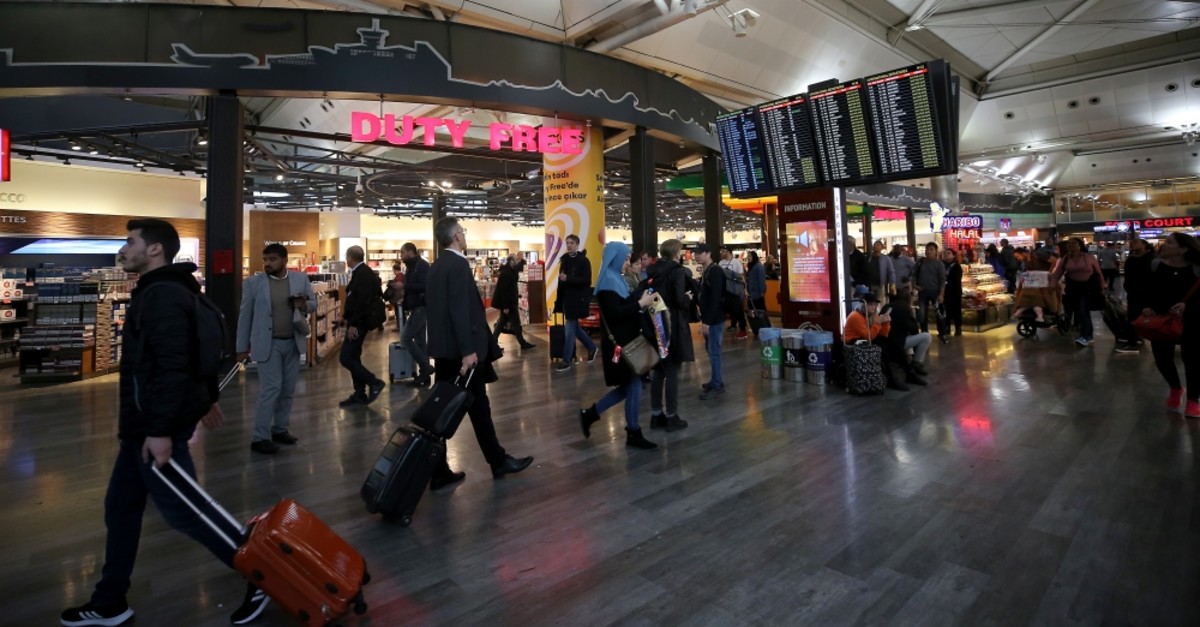 The newly opened Istanbul Airport will now be a gateway for Turkey's local ready-to-wear industries as top brands open flashy showrooms for transit passengers. Istanbul Airport, which will have a capacity of 200 million passengers once fully completed, has become a gateway for domestic brands to open up to the world. Major Turkish brands have already opened elegant shops at Istanbul Airport to promote their products to foreign travelers. Vahap Küçük, chairman of ready-to-wear giant LC Waikiki which operates in 40 countries, said the brand is preparing to open one of its biggest stores at the airport.

"The company is preparing to host existing and potential customers at its 1,500-square meter store," LX Waikiki Chairman said.

Since they will greet airport passengers with a global collection, Küçük said: "Our prices will not be 50-60 percent higher, unlike other brands. Instead of opening a smaller store, we have chosen to open a larger-square meter one to show the power of the brand. We expect more than 15,000 passenger visits every day."

Orka Holding, which continues to grow with Damat Tween and D'S Damat brands, has opened two stores at Istanbul Airport. Orka Holding Chairman Süleyman Orakçıoğlu, said: "Passengers from all over the world already know our brands. So, when they come to the airport, they will be welcomed by a brand that they already know."

Saat&Saat Chairman Ramazan Kaya said that their store at Istanbul Airport, considered to be the company flagship, is their largest with an area of 203 square meters. According to Kaya, there is great interest in the airport store where sales are going pretty well. "Our target is to achieve a turnover of two to three times more than our store with the highest turnover currently. Considering that Istanbul Airport will be the world's newest aviation hub and transfer point, we are not far from achieving this goal," he said.

Emphasizing that Turkish brands are known and preferred worldwide for their quality, design and good prices, Kaya said that Istanbul Airport, which hosts hundreds of international flights, offers an important opportunity to promote domestic brands. "The retail potential of Istanbul Airport, which we believe will play a driving role in the growth of domestic brands, has brought dynamism to the domestic market, which has been in a slump recently," he added.

Sami Kariyo, chairman of Penti, which opened a 150-square-meter store, noted that Istanbul Airport is built on a 54,000-square-meter area and poised to be the largest airport in the world, will be a gateway for domestic brands to open up to the world. He said the airport is also a living space thanks to its shopping mall identity. "We will introduce our collection, which offers everything needed for travel altogether, to consumers solely at this store for the first time. We have launched our MybraTouch, the first wearable underwear technology product in Turkey we sold only via our website in 2018, at the Istanbul Airport shopping mall," he said.

Hüseyin Dönmez, CEO of Tum İçtur, which has undertaken catering operation at Istanbul Airport for 25 years, said they have been negotiating with Nusr-Et, adding: "This will be retail heaven. Employment in catering areas will be 1,500 in the first stage and reach 5,000 when the airport is completed."