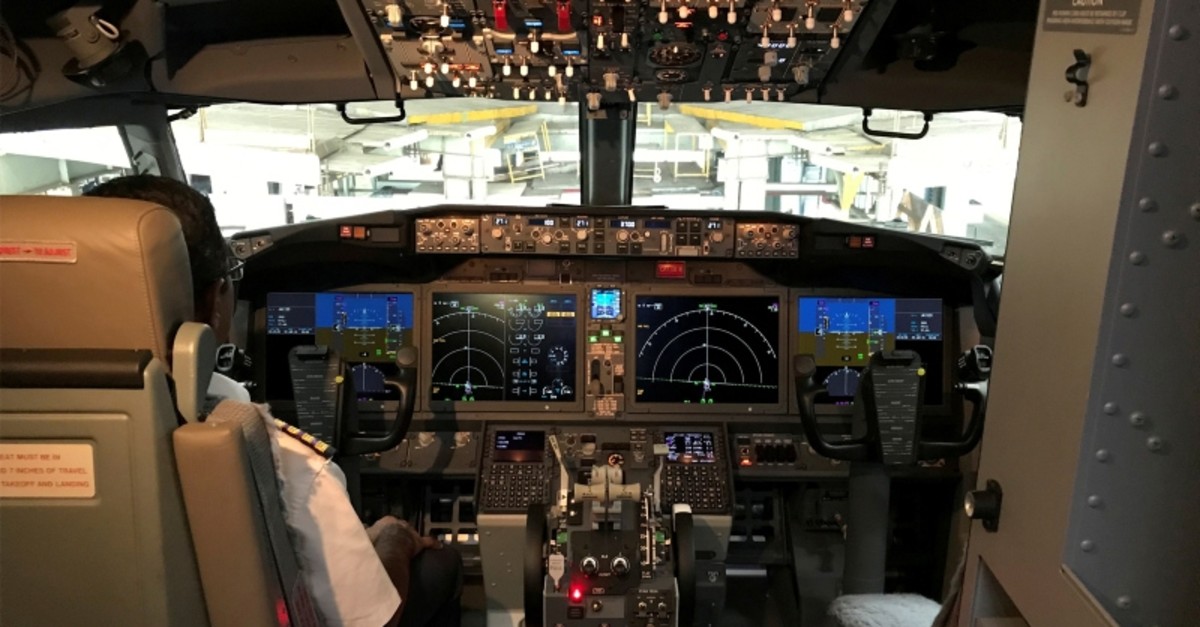 The cockpit of Jet Airways Boeing 737 Max 8 aircraft is pictured during its induction ceremony at the Chhatrapati Shivaji International airport in Mumbai, India, June 28, 2018. (Reuters Photo)
by Apr 28, 2019 8:06 pm

U.S. regulators considered grounding some Boeing 737 Max planes last year after learning belatedly of a problem with a system that is now the main suspect in two deadly crashes, a source close to the matter said Sunday.

Investigators probing the Lion Air crash in October and the Ethiopia Airlines disaster in March have zeroed in on the planes' anti-stall system, called the Maneuvering Characteristics Augmentation System, or MCAS.

Last year, inspectors with the Federal Aviation Administration (FAA) discovered that the manufacturer had de-activated a signal designed to advise the cockpit crew of a malfunctioning of the MCAS system, the source said.

These inspectors were in charge of monitoring Southwest Airlines, the biggest user of 737 Max planes, with a fleet of 34 of them at the time, said the source.

The inspectors came up with this hypothesis -- the signal alert being switched off -- as they tried to determine whether pilots flying these planes needed additional training, said the source.

After some debate, they gave up on this hypothesis but it was never passed on to higher ranking officials in the FAA, the source said, confirming a story in the Wall Street Journal.

The inspectors learned that Boeing had opted to make the malfunction signal optional and an extra that would cost more money.

This came after Southwest asked Boeing to reactivate the signal after the Lion Air crash, which killed all 189 people on board.

Boeing had deactivated the signal on all 737 Max delivered to Southwest without telling the carrier.

Neither the airline nor its pilots were aware of these changes when they started flying the planes in 2017, a spokeswoman for Southwest told AFP.

Just like the inspectors, they only found out only after the Lion Air crash.

"Prior to the Lion Air event, the (signals) were depicted as operable by Boeing on all Max aircraft" regardless of whether the cockpit crew thought they had them turned on or off, said the Southwest spokeswoman.

"After the Lion Air event, Boeing notified Southwest" that the (signals) were turned off unless they were specifically designated as being turned on, she said.

Boeing has not yet answered an AFP request for comment.

The FAA would not comment on the planes coming close to being grounded last year.

But a spokesman for the agency said the signal "is an option for carriers."

The Ethiopia Airlines crash left all 157 people on the plane dead and led to all Boeing 737 Max planes all over the world being grounded.

Boeing is working on changing the MCAS so it can get the planes back in the air.