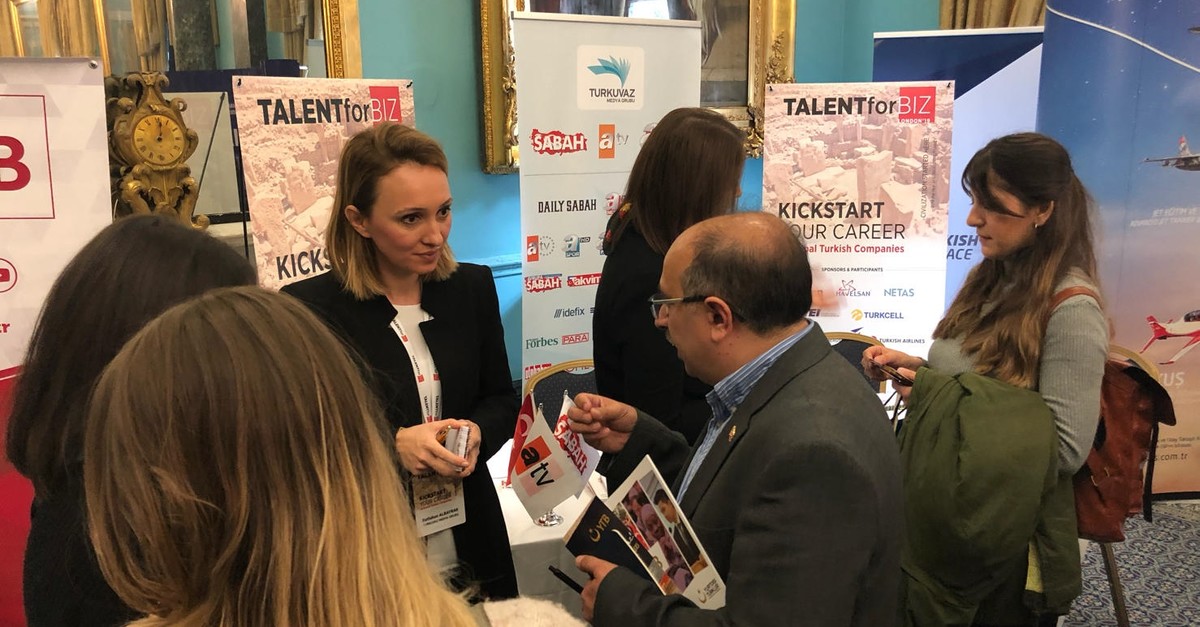 The second edition of Talent for BIZ, a career event held under the auspices of the Human Resources Office of the Presidency of Turkey aiming to connect young talents with global Turkish companies, was held Saturday in London.

Daily Sabah's parent Turkuvaz Media Group was among 20 global companies that attended the London leg of the event held at the Institute of Directors (IoD) and visited by hundreds of new graduates and young professionals. 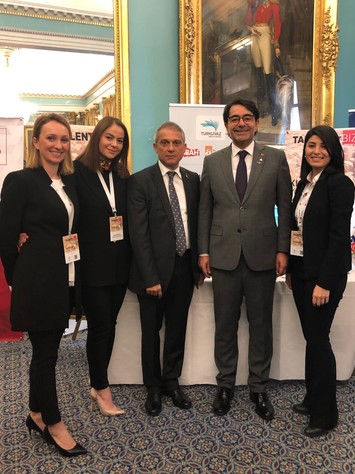 Arzu Ardıç Çil, recruitment and talent manager at Turkuvaz Media, said in an interview that choosing a profession for the first time is very important for new graduates, advising students enrolled in graduate and postgraduate programs to monitor such events to find internship opportunities.

Ümit Yalçın, Turkey's ambassador to the U.K., and Salim Atay, the head of the Human Resources Office of the Presidency of Turkey, were among the visitors of the Turkuvaz Media stand.

Talent for BIZ, launched in Germany's Cologne earlier in April, will continue with two events in Uzbekistan's Tashkent on May 4 and South Africa's Johannesburg on May 24.