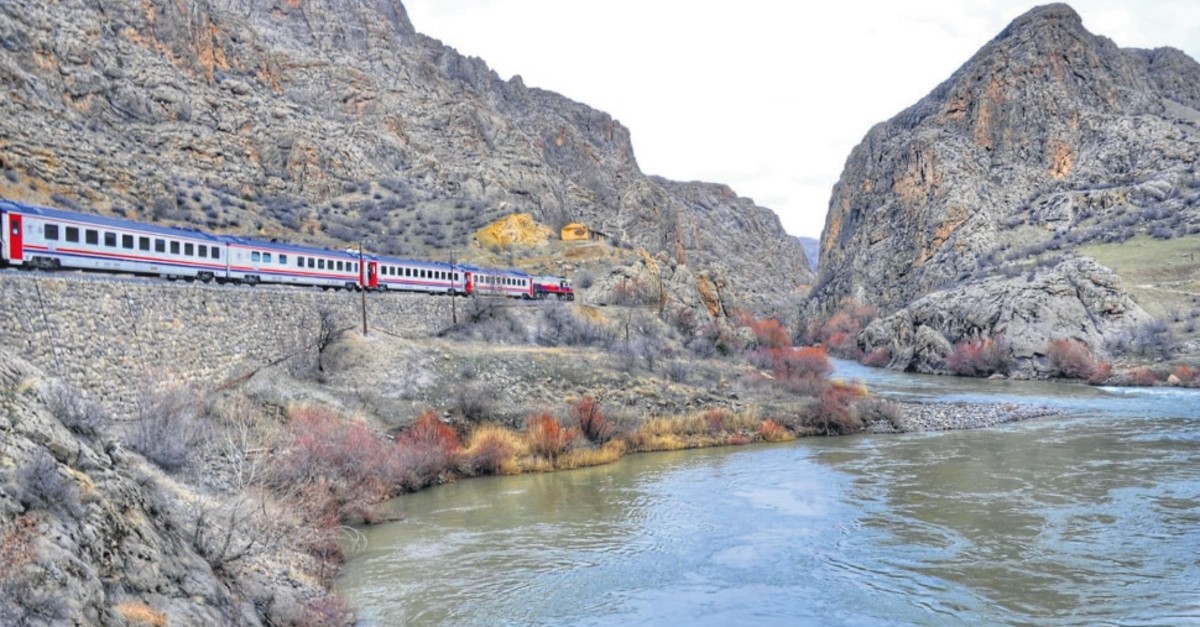 Turkey is preparing to launch a second train for the Eastern Express at the end of this month in response to the rising demand for the traditional express train. The country's Culture and Tourism Ministry is aiming to boost the popularity of "travel-by-train" tourism and to spread it across other cities in Turkey.

Culture and Tourism Minister Mehmet Nuri Ersoy said yesterday in a statement that the first stem of train travel tourism, namely the second Eastern Express, will serve to boost tourism since the traditional express train is primarily used for transportation.

The new tourist-only Eastern Express is mainly to promote train tourism in the country to foreign tourists, Ersoy said. The Culture and Tourism Ministry is coordinating with the Transport and Infrastructure Ministry to add more tourist-only trains on Turkey's other railway lines. The Turkish State Railway (TCDD) will inaugurate the second Eastern Express on May 29 at 8 p.m. to meet the excessive demand, Transport and Infrastructure Minister Cahit Turhan announced Wednesday. The journey takes 27 hours, and the train will be able to accommodate a total of 120 passengers. The 1,300-kilometer route of the Eastern Express has been in high demand thanks to the picturesque landscape it travels through. As a result, the Culture and Tourism Ministry, through consultations with experts in the tourism sector, decided to launch a nine-car train for touristic purposes only. Before the newfound popularity, the average age of passengers on the train was 50, but now most passengers are university students.

Photographers and videographers are also among the most-frequent travelers, as the route provides a wealth of landscapes and vistas, especially during winter. For those looking to be dazzled by a winter wonderland, January and February are the ideal months to travel on the Eastern Express. After leaving Ankara, the train makes brief stops in the eastern cities of Kırıkkale, Kayseri, Sivas, Erzincan and Erzurum before reaching Kars. At the end of the trip, passengers can stretch their legs - or take a sleigh ride - on the frozen Lake Çıldır in Kars.