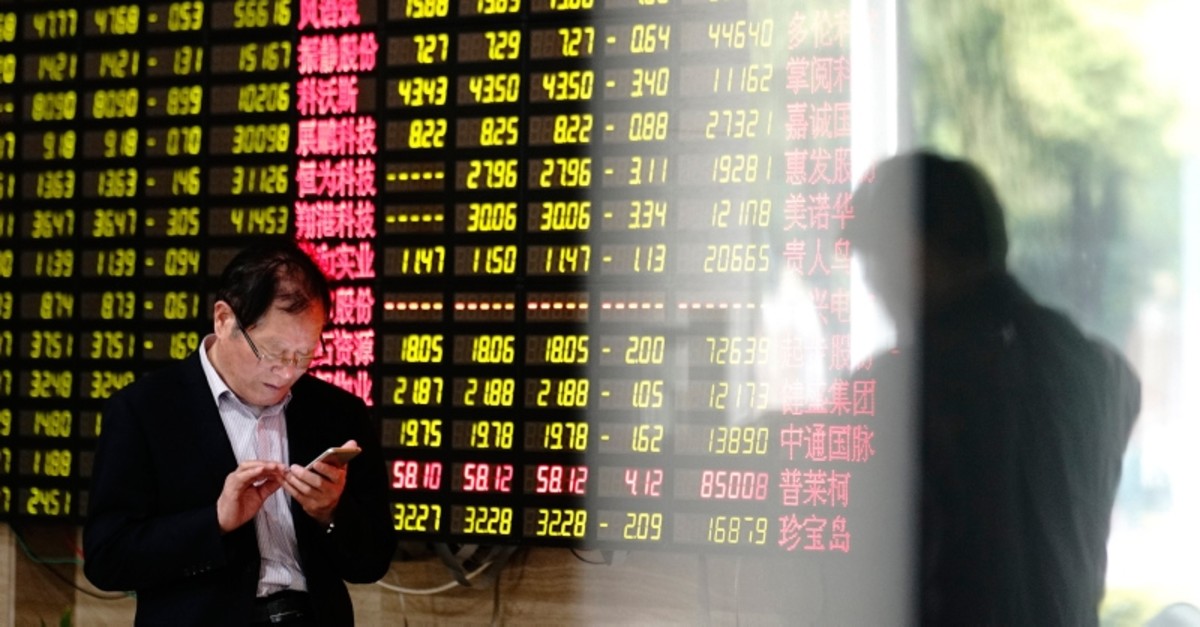 President Donald Trump sent Asian and European markets plunging Monday after threatening to hike tariffs on $200 billion of Chinese goods at the end of the week in a bid to speed up stuttering trade talks between the economic superpowers.

Shanghai plunged more than 5%, with the Chinese yuan also taking a battering after the president threw a spanner into the high-level negotiations, which many observers were expecting to wrap up imminently.

He added: "The Trade Deal with China continues, but too slowly, as they attempt to renegotiate. No!"

The warning will throw a shadow over the next round of talks ahead of a visit by a Chinese delegation to Washington this week.

However, while a number of news outlets reported that China was considering delaying or canceling the meeting a foreign ministry spokesman said a delegation would head to the U.S. as planned.

The two sides have imposed tariffs on $360 billion in two-way trade since last year. But Trump and China's Xi Jinping agreed a truce in December, fueling a global stocks surge for the past four months.

"Trump has taken the proverbial sledgehammer to the walnut this morning and the only two words likely to be on the minds of traders and investors this week are 'trade talks'," said OANDA senior market analyst Jeffrey Halley.

Shanghai sank 5.6% as investors returned for the first time since Tuesday. News that the People's Bank of China would slash the amount of cash lenders must keep in reserve, to support small businesses, had little impact in the face of Trump's warning.

Mumbai, Manila and Jakarta were also sharply lower. Tokyo and Seoul were closed for holidays.

"Trade had been put to the side by many market participants," said Andrew Tilton, chief Asia-Pacific economist at Goldman Sachs. "Market pricing assumed there would be some kind of a deal, and no further escalation in tariffs. And meanwhile the growth outlook was actually improving," he told Bloomberg TV.

Trump's threat now "raises the specter of a significant hit to growth should these tariffs escalate and should the uncertainty associated with that weigh on investment going forward."

The yuan sank 1.3% at one point against the dollar, its heaviest fall in more than three years, before paring the losses slightly. The currency had been sitting around 10-month highs on the back of optimism the two sides would sign off on a trade pact.

"Investors will remain bearish on the yuan, as they reprice in trade war risks because the new developments are a reversal of previous positive progress," Ken Cheung, senior foreign-exchange strategist at Mizuho Bank. "The news was unexpected."

The flight to safety saw the dollar surge against higher-yielding, higher-risk units, with South Africa's rand off 0.8%, the Mexican peso 0.9% lower and the Australian dollar 0.4% off.

On oil markets, both main contracts were hammered more than 2% by worries that a trade war between the world's top two economies could hit demand.

Adding to weakness in the sector is the U.S. drive to increase output, which comes as it reports rising stockpiles, which are offsetting unrest in Libya, tensions with Iran and production caps by OPEC and Russia.

"We do know the president tends to retreat from more aggressive displays, so I am viewing this thinly veiled threat as political posturing or a tactical decision to apply more pressure on China to put through a trade deal that aligns with the best U.S.A economic interest at heart.

"Despite U.S.-China trade talks hitting an apparent impasse based on (the) tweet, I think a deal will be signed shortly."

Trump's outburst overshadowed another blockbuster U.S. jobs report Friday that reinforced the view that the economy is in rude health, while measured wage inflation eased pressure on the Federal Reserve to hike interest rates.