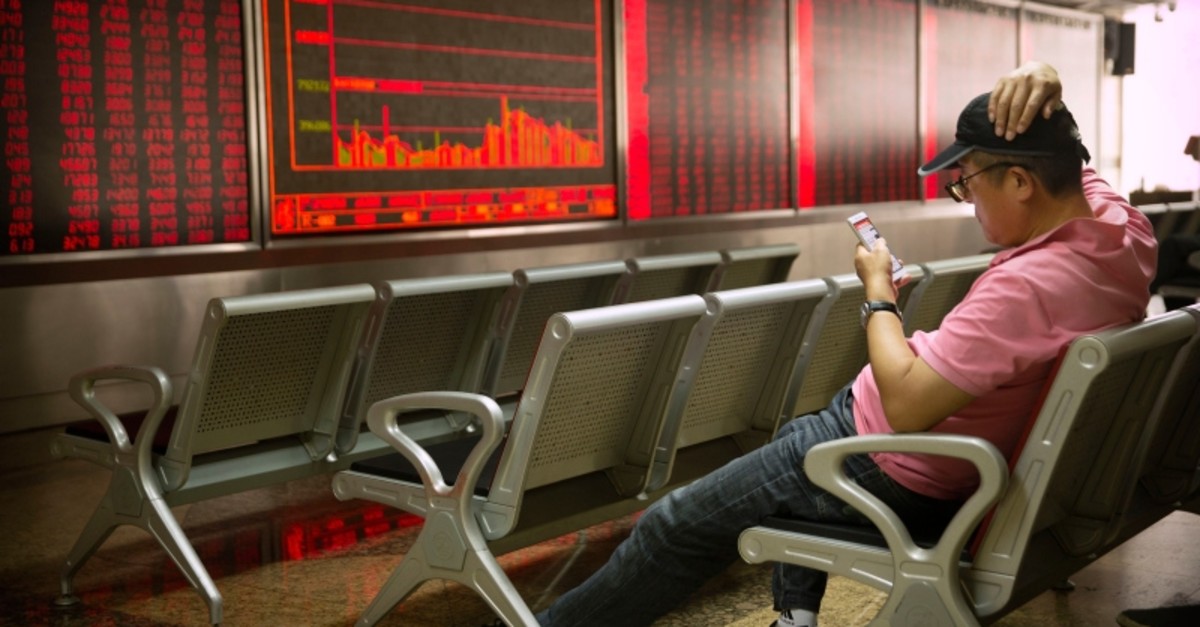 The United States pulled the trigger Friday on a steep increase in tariffs on Chinese products and Beijing immediately vowed to hit back, turning up the heat before a second day of trade negotiations.

President Donald Trump got a briefing from his trade negotiators after the first day of talks with the Chinese side on Thursday, but made no move to hold off on the tariffs -- dashing hopes there might be a last-minute reprieve as the negotiations continued.

Minutes after the U.S. increased punitive duties on $200 billion in imports from China from 10 to 25 percent, the Chinese commerce ministry said it "deeply regrets" the move and repeated its pledge to take "necessary countermeasures", without elaborating.

Since last year, the two sides have exchanged tariffs on more than $360 billion in two-way trade, gutting U.S. agricultural exports to China and weighing on both countries' manufacturing sectors.

Trump began the trade war because of complaints about unfair Chinese trade practices.

The U.S. team met with Trump late Thursday night to brief him and "agreed to continue discussions tomorrow morning at USTR," the White House said in a statement.

Lighthizer and Mnuchin met with the Chinese delegation for about 90 minutes Thursday evening. The White House statement said they also had a working dinner with Liu, who is leading the Chinese side.

"We hope the U.S. and the Chinese side can meet each other halfway and work hard together to resolve existing problems through cooperation and consultation," the Chinese commerce ministry said in a statement.

Despite optimism from officials in recent weeks that the talks were moving towards a deal, tensions reignited this week after Trump angrily accused China of trying to backpedal on its commitments.

"They took many, many parts of that deal and they renegotiated. You can't do that," Trump said on Thursday.

But he held out hopes of salvaging a deal.

"It's possible to do it," Trump said. "I did get last night a very beautiful letter from President Xi (Jinping)."

At the same time, he said he would be equally satisfied to simply keep tariffs in place. And he has threatened to extend the tough duties to all Chinese goods.

The International Monetary Fund has called for a rapid resolution, warning that the trade battle was a "threat" to global growth.

Liu said on his arrival in Washington that the prospects for the talks were "promising," but warned that raising tariffs would be "harmful to both sides," and called instead for cooperation.

"I hope to engage in rational and candid exchanges with the US side," he told Chinese state media.

"Of course, China believes raising tariffs in the current situation is not a solution to the problem, but harmful to China, to the United States and to the whole world."

But due to a quirk in the implementation of the higher tariffs, products already on ships headed for U.S. ports before midnight will only pay the prior 10 percent duty rate, U.S. Customs and Border Protection explained.

That could effectively provide a grace period for the sides to avert serious escalation.

China had earlier threatened to raise tariffs on $60 billion of U.S. imports but held off amid a trade war truce. It could also use other tactics to disrupt business for U.S. firms in China.

The U.S. is pressing China to change its policies on protections for intellectual property and massive subsidies for state-owned firms, in a bid to reduce the yawning trade deficit.

Derek Scissors, a China expert at the American Enterprise Institute, said the two sides had clashed over how much of the final trade agreement should be enshrined in a publicly available document, something Beijing has long resisted.

"What the Chinese step-back primarily says is they don't want to publicly acknowledge that their existing laws, especially on IP, are flawed," he told AFP.

Washington is counting on the strong U.S. economy to be able to withstand the impact of higher costs from the import duties and retaliation better than China, which has seen its growth slow.

But Mary Lovely, an economics professor at Syracuse University in New York, warned that American companies will feel the pinch.

"We're already hearing a lot of companies screaming about their input costs," she told AFP.