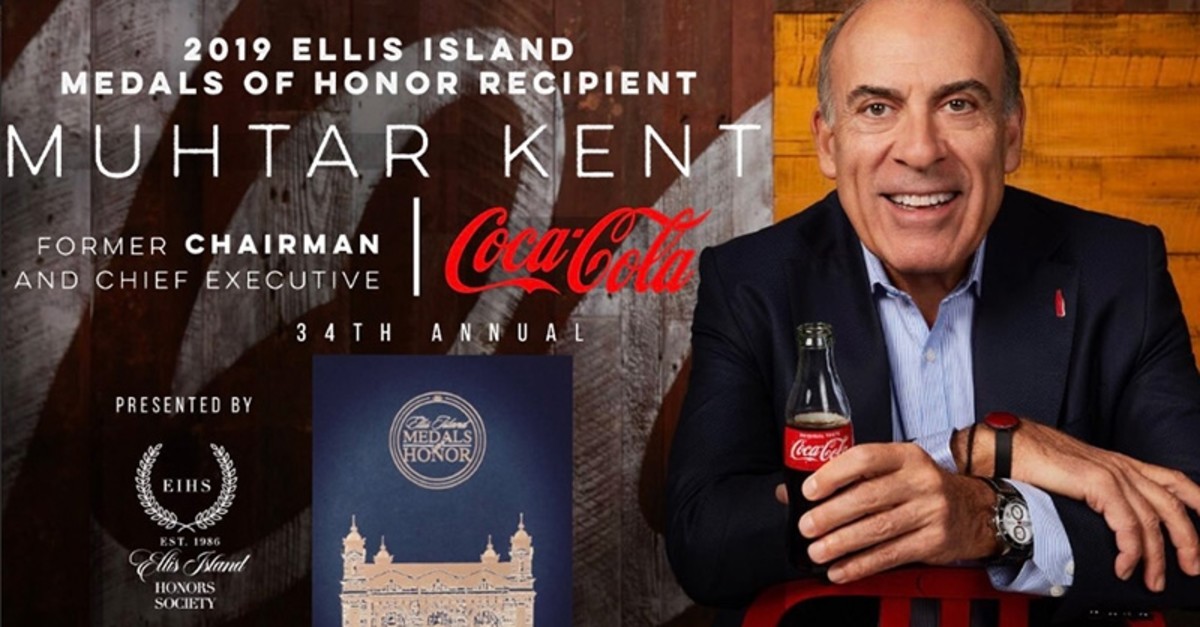 Three Turkish-American businessmen, including former Coca-Cola Chairman and CEO Muhtar Kent, received the Ellis Island Medal of Honor for their accomplishments in their fields and dedicated contributions to U.S. society.

Along with Kent, Internet Marketing Association Chairman Sinan Kanatsız and Turkish Heritage Organization (THO) President Ali Çınar also received the award for their commitment to freedom, liberty and compassion.

"I am honored to receive this prestigious U.S. award. It is a great honor both for me and for the Turkish-American community," said businessman and journalist Çınar, the youngest of the Turkish award recipients in 34 years.

"I think it is a duty of all Turkish citizens living in the U.S. to make Turkey's voice heard in every place and every area," he added. The THO is a Washington-based nonprofit that promotes dialogue on Turkey's role in the international community and the U.S.-Turkey bilateral relationship.

Kanatsız wrote in a statement on his LinkedIn page: "As a second-generation American with roots in Turkey, I remember my father who was an educator talking about this medal and what it symbolized to him. I am deeply honored and gratified to have been chosen and accept it in his memory as the individual, along with my mother, who set me on my path in life." 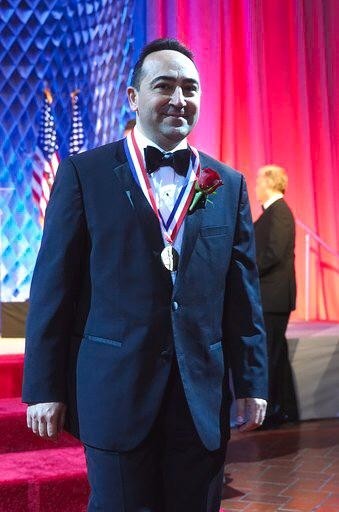 The award ceremony was held on the historic Ellis Island, the former immigration inspection station in the New York Harbor, with the attendance of numerous U.S. officials and representatives of all branches of the U.S. military. This year, the Ellis Island Medal of Honor was awarded to 91 people.

The Ellis Island Medal of Honor, sponsored by the Ellis Island Honors Society, has been awarded to seven former U.S. presidents, multiple world leaders, two Nobel Prize winners and numerous societal and business leaders who have dedicated their life work to the principles of freedom, liberty and compassion.

Kent, the former CEO and chairman of Coca-Cola, was born in 1952 in New York and is the son of former Turkish Consul-General in New York Necdet Kent. He began working at Coca-Cola in 1978 and quickly rose through the company ranks, holding a variety of marketing and operations leadership positions. In 2006, he was named president and chief operating officer of Coca-Cola International, and he became CEO in 2008. Coca-Cola announced in December 2016 that Kent would step down as CEO and be succeeded by then-COO James Quincey. Kent remained as chairman of the board until his retirement in April, at which time Quincey assumed his position.