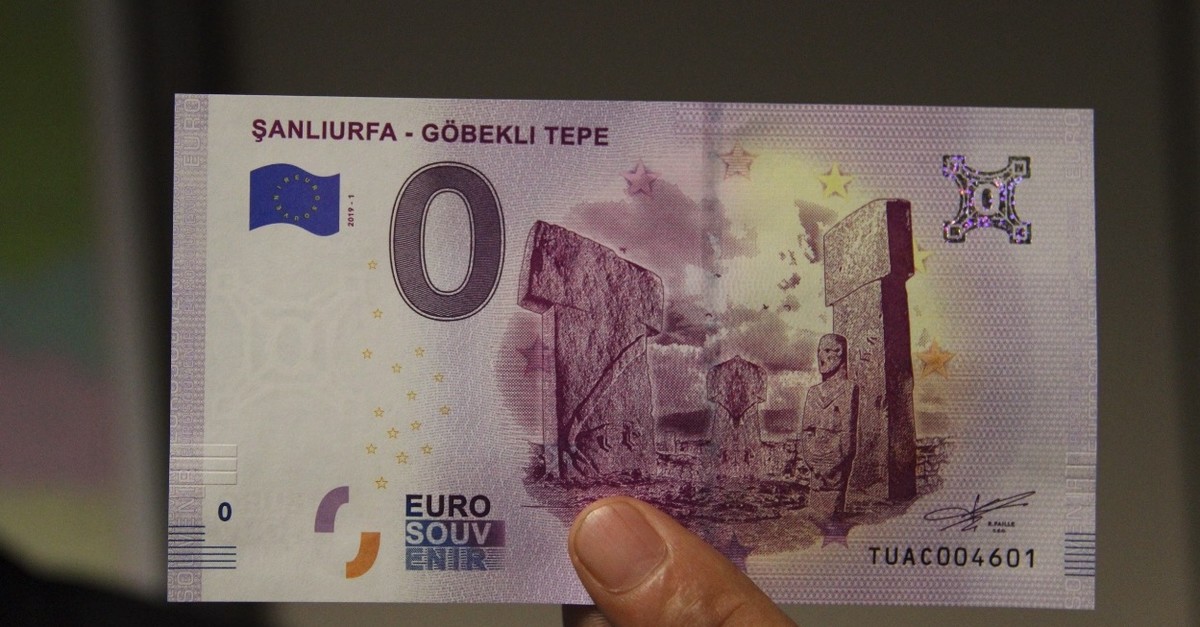 Göbeklitepe, one of the oldest sites of archaeological ruins and one of the oldest temples in the world, located in Turkey's southeastern Şanlıurfa province, is featured on new euro bills printed for commemorative purposes and used for tourism.

Considered the birthplace of human civilizations, Göbeklitepe will define Turkish tourism policy this year. To promote one of the most important and ancient archaeological sites, the government has declared 2019 as the "Year of Göbeklitepe."

Thus, numismatist Özgür Honça and his teammates İbrahim Gölgeli and Christian Petermann, printed commemorative euro bills in real euro standards at the institution that is licensed by the European Central Bank (ECB) to issue money for tourism purposes. The commemorative euro bill features the picture of Göbeklitepe; however, there is also a "0" to avoid its use for trade transactions.

Honça said that they initiated these efforts to promote Göbeklitepe in a more effective way, adding, "The bill has been issued by a private institution authorized and licensed by the ECB solely for commemorative and tourism purposes."

Honça also said that a special series of bills has been printed to mark the 100th anniversary of May 19, 1919, the day Turkey began its struggle for existence. "We have carried out work with the theme of May 19, depicting Mustafa Kemal in the most beautiful way. It bears all the features of the euro. A total of 10,000 bills have been sold."

May 19, 1919, was the day Mustafa Kemal, later to become Mustafa Kemal Atatürk, arrived in the Black Sea province of Samsun from Istanbul to organize the War of Independence that saw the remnants of the Ottoman Empire transformed into modern Turkey four years later.

Indicating that they will launch another project soon, Honça said that they will feature Ottoman ruler Sultan Mehmed II, known for his conquest of Istanbul in 1453, on euro bills and added: "We can say that Mehmed the Conqueror will conquer Europe soon. The draft of the money has been prepared and is in print now. We expect to receive it soon."