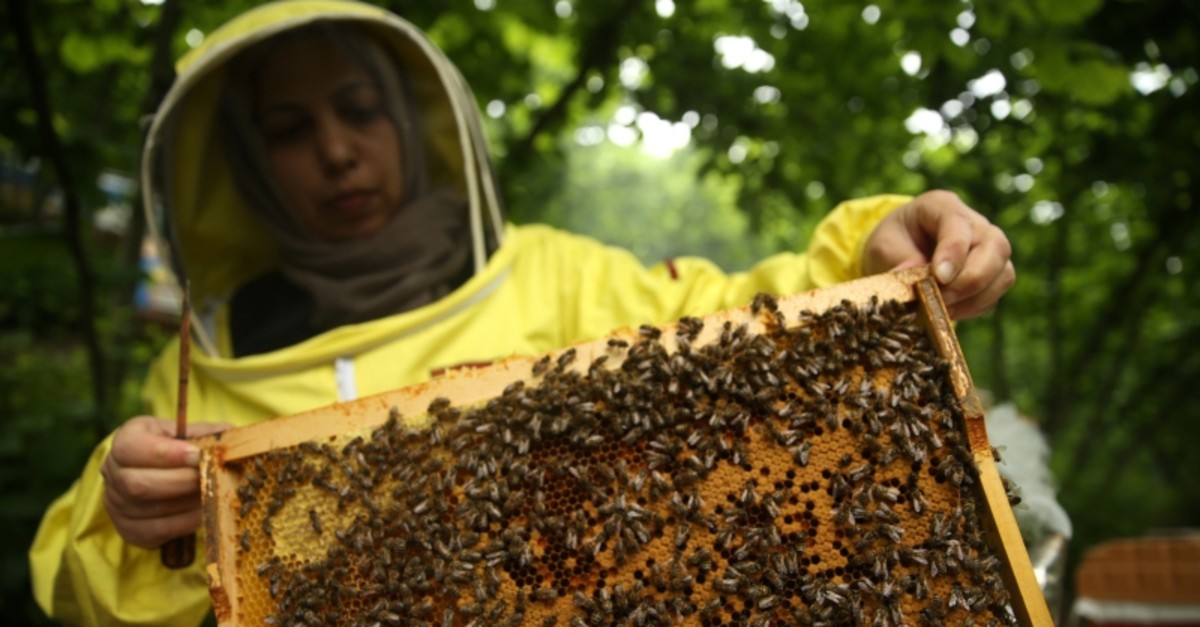 "Turkey is one of few self-sufficient countries in beekeeping," Selçuk Solmaz, head of Ankara Beekeepers Association (ABA), said in an interview with Anadolu Agency.

"This shows that the beekeeping sector is developing day by day," he said.

According to the Turkish Statistical Institute (TurkStat), Turkey produced 107,920 tons of honey in 2018 and exported 5,912 tons in the same period.

He stressed Turkey is not a fully industrialized country, saying: "It's also beneficial for organic and clean agriculture."

"According to a research carried out by Science And Policy For People And Nature (IPBES) in 2016, food production by means of pollination and insemination costs around $235-$577 billion annually," he noted.

"If the bees vanish, many living creatures will also vanish," he said, adding: "If we want to live, if we want our children and grandchildren to live, we have to show the greatest effort to keep the bees alive."

He said beekeeping should be done not only to preserve the ecosystem, but also for better use of plants with a short lifespan.

The United Nations designated May 20 as World Bee Day to raise awareness of the importance of pollinators, such as bees, butterflies and hummingbirds, the threats they face and their contribution to sustainable development.