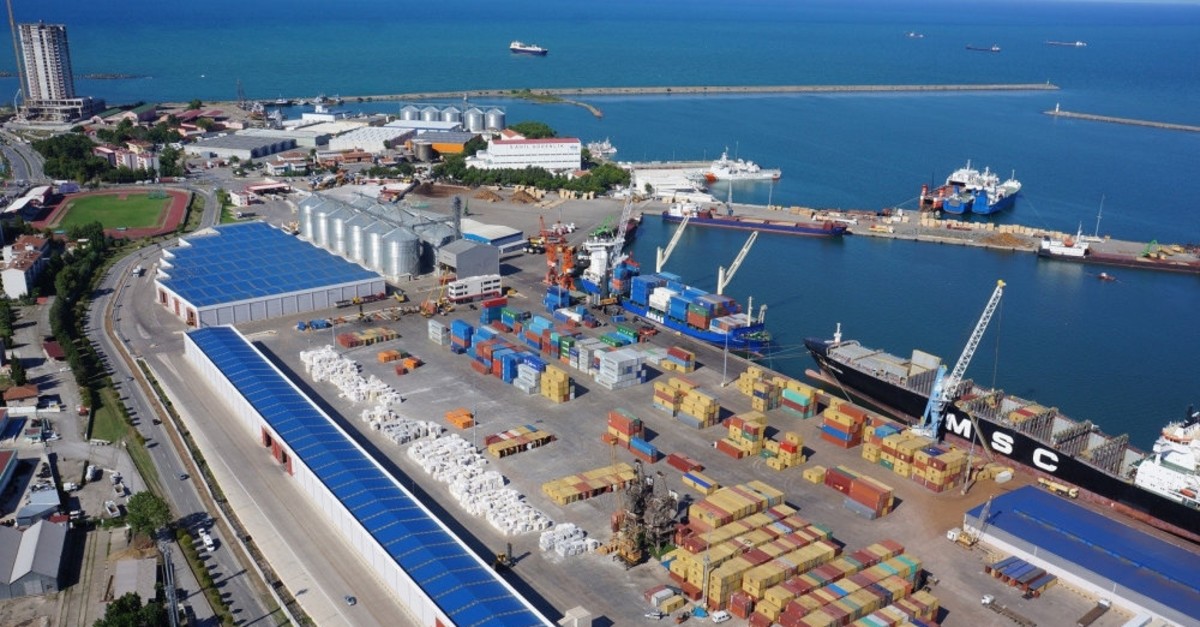 After seeing a significant rise in exports to the U.S. under a preferential trade agreement over the last year and replacing Chinese suppliers due to raised tariffs, Turkey was removed from the duty-free trade scheme

A recent report by the Coalition for Generalized System of Preferences (GSP), a Washington, D.C.-based organization formed by a group of American companies and trade organizations, has revealed that U.S. companies have resorted to GSP countries including Turkey, India, Indonesia, Thailand and Cambodia to import goods duty free as the U.S. administration imposed tariffs on a wide range of Chinese goods under Section 301 on March 23. The import figures in March and April demonstrate that India and Turkey were the top two countries benefiting from the GSP program after tariffs on China. Although U.S. companies saved as much as much as $285 million in the first quarter of this year thanks to duty-free imports under the GSP program, President Donald Trump removed Turkey from the program, undermining efforts to reach $75 billion in bilateral trade volume.

On March 22, 2018, President Trump signed a Memorandum on Actions by the United States Related to the Section 301 Investigation. Described by the White House as a targeting of China's "economic aggression," the memorandum identified four broad policies that justified U.S. action against China under Section 301.

Within the framework of the additional tariffs on China, the goods imported from this country under the GSP program were imposed with a 22 percent tariff, while other products U.S. importers bought from China were levied with a 15 percent tariff. More than 75 percent of the goods China exports to the U.S. within the framework of the GSP were listed in the additional tariffs in accordance with Section 301, an article in 1974 U.S. trade law. The list includes a wide range of products – as many as 1,300 to be exact: meat and dairy products, chemicals, aquaculture, fresh fruits and vegetables, electric and electronic goods, textile products, pulses and grains.

Instead of assuming the burden of extra tariffs, the U.S. companies went to Turkish and Indian suppliers for goods previously imported from China. In 2017, U.S. imports under the GSP program totaled $21.1 billion, while the figure rose to $23.6 billion after tariff hikes on Chinese goods. The release by the Coalition for GSP put forward that "evidence continues to grow that the nearly year-long trade war is pushing companies to source more from GSP countries such as India, Thailand, Cambodia, Indonesia and Turkey." In March alone, American companies saved $105 million, a 36 percent increase compared to the same period of last year. In the period of January to March this year, GSP saved American companies $285 million. That is $63 million more than the first quarter of 2018.

TURKEY'S EXPORTS TO U.S. UNDER GSP WERE ON RISE

Trump aimed at boosting the domestic production by increasing tariffs on Chinese goods; however, the U.S. companies replaced the Chinese market with Turkey, India, Indonesia and Philippines. This prompted Trump to announce on March 4 that he would remove Turkey and India from the GSP program. Following the 60-day period expired on May 3, the U.S. administration revoked Turkey's license in the GSP scheme while not mentioning anything about India's participation in the program. Moreover, Indonesia and Thailand were also on probation.

Turkey's removal from the GSP program will lead to increased tariffs on 1,484 products, including automotive parts, valuable stones and machinery parts. The increase on goods will also negatively impact U.S. companies as they will have to reflect the cost of imports on their products.

Cement exports were recorded at $17.5 million in 2015, according to the data obtained from the Turkish Exporters' Assembly (TİM). In March this year, the sale of cement, which is included in Section 301, rose by 114.8 percent and hit $37.7 million. Furthermore, grain and wheat exports rose by 23.5 percent and reached $25.8 million in March compared to $20.9 million in the same period of last year.

Jewelry exports to the U.S. also benefited from the Section 301 lists as they registered more than 20 percent rise in March compared to the same period of last year. In the third month of this year, Turkey sold nearly $30 million worth of jewelry to the U.S. while it was $24.6 million last year in the same period. In March, Turkey's jewelry exports rose to $29.6 million, which was $24.6 million in the same month last year. Jewelry exports continued to rise in April as well, with a 140.2 percent rise, and hit $58.1 million while the figure was only $24 million in April 2018.