Turkish investors negotiating industry projects in US with financial institutions 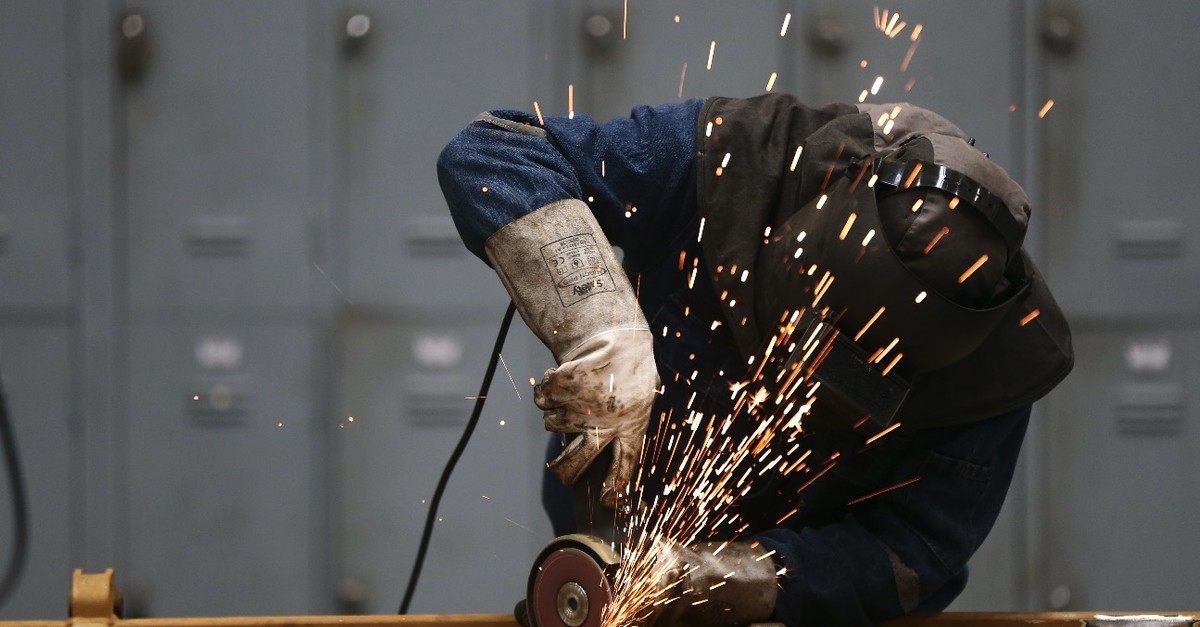 Large industry projects are being discussed by major financial institutions in the U.S. and the Turkish business world, which is preparing to establish a grand organized industrial zone in the U.S.

Major financial institutions such as Exim Bank, the World Bank and the American Chamber of Commerce have promised to strengthen the presence of Turkish investors in the U.S., according to Turkish-American Business Association-American Chamber of Commerce in Turkey (TABA-AmCham) President Ali Osman Akat. He was elaborating on the visit the TABA-AmCham delegation paid to the U.S. last month. U.S. export financier Exim Bank has vouched for the organized industrial zone (OIZ) project of Turkish businesspeople provided their investments create export potential, Akat said and noted that the U.S. Exim Bank has already granted a Turkish firm a loan package up to $300,000 with a maturity period of 18 months in his address at the iftar – fast-breaking – dinner of the organization on Monday.

The Turkish business world is rolling up its sleeves for a major new project in the U.S. and seeks to establish an industrial zone to contribute to the expansion of the presence of Turkish companies in the U.S. market and yield new opportunities for economic and commercial relations between the two countries.

Ties between the two NATO allies have seen dramatic fluctuations in the recent period due to ongoing disputes, particularly over Turkey's decision to purchase Russian-made S-400 surface-to-air missile systems, causing the U.S. to threaten not to deliver the F-35 jets of which Turkey is a joint producer. Issues also include Syria and the extradition of Fetullah Gülen, the mastermind of the July 15 coup attempt orchestrated by the Gülenist Terror Group (FETÖ).

Aware of the high stakes, neither side has resorted to cutting ties but has maintained dialogue in multiple spheres, particularly on the economy. Despite all issues, economic relations are seen as a key to resolving current problems. For instance, President Recep Tayyip Erdoğan and U.S. President Donald Trump in February agreed to boost bilateral trade more than three-fold to $75 billion from just over $20 billion.

In a separate initiative now to be carried out by private sector, the Turkish business world now seeks to establish a Turkish organized industrial zone in the U.S.

"While thinking about why shouldn't we take the share from the American economy that is our right, we have developed the Turkish Organized Industrial Zone Project (IZUS)," the TABA-AmCham president said.

Turkey's lobbying Chances in the U.S. to increase

Akat said they have been carrying out meetings and visiting organized industrial zones in provinces across Turkey, including Gaziantep, Malatya, Gebze, Bursa, Hatay, Adana and Mersin among others, to present their project, adding that they will continue the practice and do book building.

"Everything that people will need will be included in the IZUS project, which is to be established stage by stage on a 500,000 acres of land, including production facilities, social areas, fair areas, administrative offices, technopark, trade center for small and medium-sized enterprises (SMEs), e-commerce warehouse, sectoral specialized industrial zones and logistics center. We think that thanks to industrialists that will invest in the U.S. with such a project, opportunities for Turkey to lobby in the U.S. will also go well over those of other countries," said Akat.

Large marketing network to be built

He emphasized Turks in the U.S. will create a large marketing network.

"If a right Turkish commercial lobby is made, 500,000 people in the U.S. will support each other by creating a network of cooperation, marketing and trade, so that everyone will fully support each other from students, and accountants to lawyers and industrialists. Only the U.S. consumes a quarter of the world and produces a quarter of the world. We as a part of this pie should quickly expand our strength in the world through right commercial lobbying."

In an exclusive interview with Daily Sabah recently, Akat noted that as part of the preliminary preparations for the project, the association was determining the most suitable states in the U.S. in terms of convenience, managerial benefits, university cooperation, tax advantages and logistics. It seeks to select the state that offers the best advantages and supports the project.

The association has so far carried out various meetings in the U.S., from North Carolina to Texas near the border with Mexico. Of all the states, Texas in the first stage seems the most suitable, Akat had said, explaining that they have not yet made a final decision.

He said they aim to end negotiations in the U.S. regarding the project and get ready for manufacturing between 2020 and 2023.

According to the TABA-AmCham chairman, it will be a project that will create between 25,000 and 50,000 jobs and contribute to the GDP of the country.

Although overall U.S.-Turkey bilateral trade jumped from $10.8 billion in 2009 to $20.5 billion in 2018, it remains modest compared to its potential. Therefore, President Erdoğan and President Trump agreed to raise the trade volume to $75 billion. Both Turkish and American businesspeople have voiced their strong support for the trade target, while officials have been working on possible ways to realize this goal.