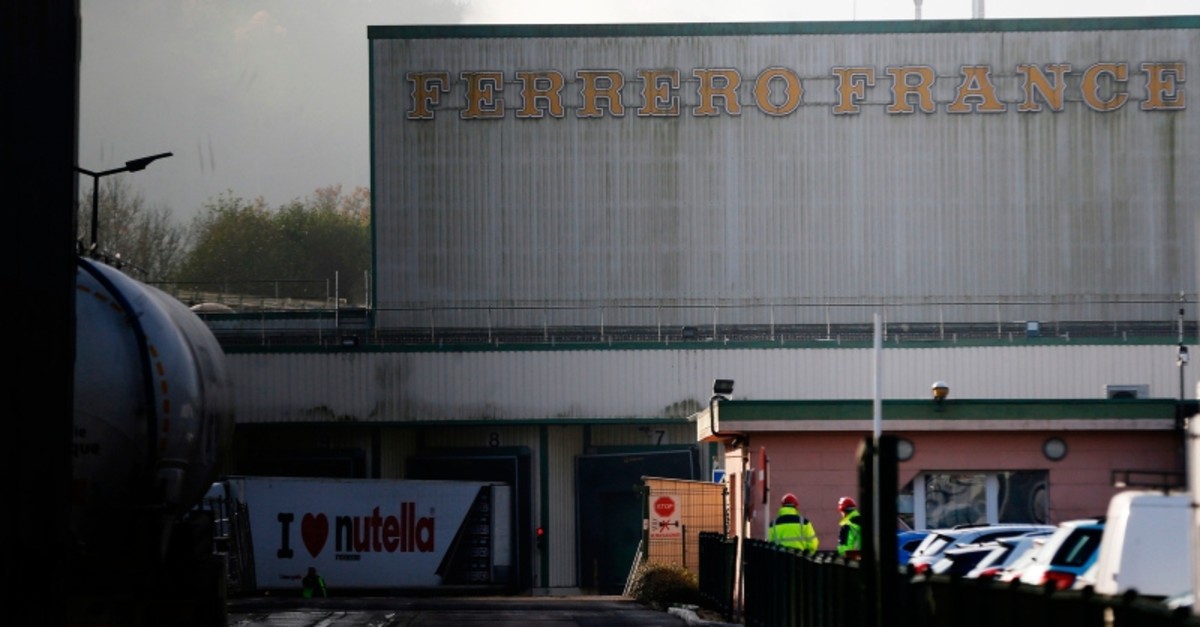 A plant in northern France that makes a quarter of the world's Nutella has been blockaded for a week by workers striking for more pay, unions said Monday, in troubling news for consumers of the cocoa and hazelnut spread.

The stoppage has hit the Villers-Ecalles factory of privately-owned Italian confectionery giant Ferrero, which normally churns out 600,000 jars per day, making it the biggest Nutella producer in the world.

Some 160 employees have been on strike since Monday last week, said Fabrice Canchel of the Force Ouvriere (FO) union.

"No lorry has gone in or out of the site since then," he said.

Kinder Bueno production had also ceased for almost a week, Canchel said, while of the four Nutella production lines, just one was working and that only at 20 percent capacity.

"The raw materials are starting to run short," he said.

Ferrero, a family firm known for secrecy and which also produces Ferrero Rocher and Kinder Surprise, declined to comment.

But in an internal message seen by AFP, management said the "blocking of access to the site is totally illegal" and threatened to implement a judicial order to ensure access.

"This is an unacceptable violation of the right to strike," said Canchel.

Nutella production has faced challenges in recent years, partly due to poor hazelnut crops in Turkey, the world's biggest exporter of the nut with a share between 70 to 80 percent. Meanwhile, Turkish farmers are also complaining from low prices determined by a couple of food industry giants.

The Villers-Ecalles site closed for five days in February due to a quality defect, while a French minister in 2015 told people not to eat the spread as it contributed to deforestation and climate change.