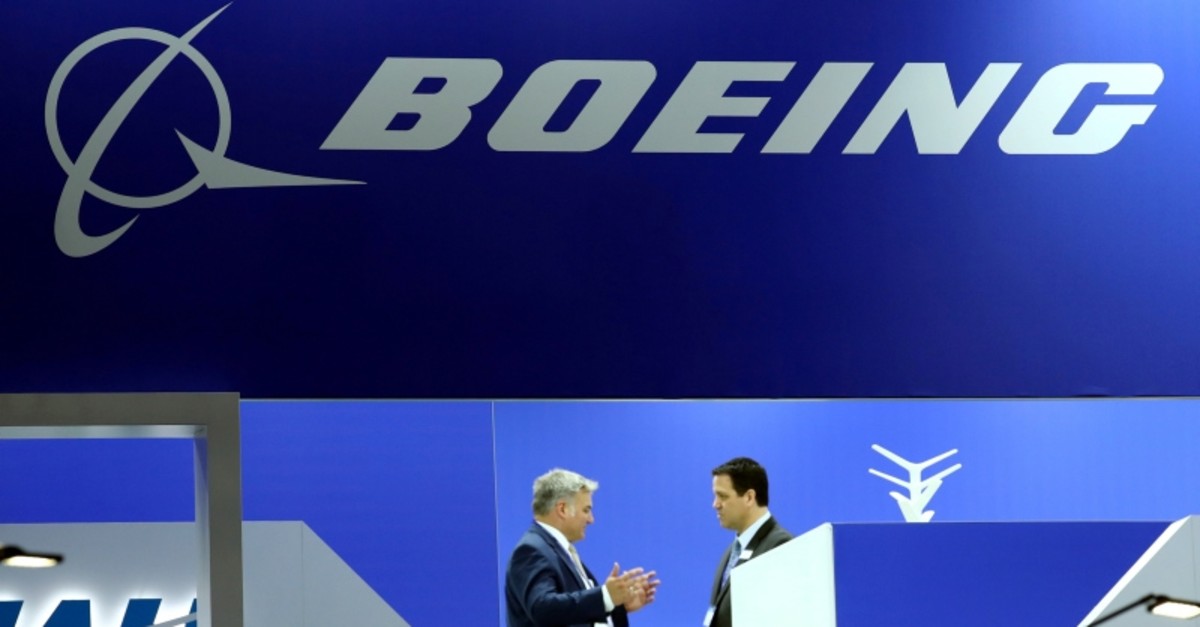 Visitors talk on the Boeing stand during the European Business Aviation Convention & Exhibition (EBACE) at Cointrin Airport in Geneva, Switzerland May 21, 2019. (Reuters Photo)
by Jun 06, 2019 8:00 am

Boeing is facing testing glitches on the GE9X after assembly delays on the engine and the plane's carbon-composite wings. These issues, coupled with the crisis over its 737 MAX in the wake of deadly crashes, leaves the world's largest planemaker less leeway to deliver on its official 2020 target for entry into service, industry sources say.

Dubai's Emirates has said it expects to fly its first 777X in June 2020, a date now widely seen in doubt.

"(The) long pole in the tent right now is the GE engine," Smith said. "There's some challenges they are working through there on testing. So we are having to do some re-testing, and they're working their way through that."

"As we see it today, we still expect to fly this year and enter into service in 2020," Smith said. "But obviously, we're staying very close to that and we'll keep you updated if that changes. But that's still the current assumption."

The market for widebody jets has been fragile due to oversupply and fears over the economy and trade disputes. Reuters reported in March that a major potential deal for more than 100 Boeing jetliners of various types with China was in doubt in the wake of the trade dispute and the MAX crisis.

The first two 777X flight test aircraft have left Boeing's Seattle-area factory and are in integrated system testing on the ground, while the next two flight test airplanes are in final assembly, Muilenburg said.

But the engine snags and other issues have diminished the prospect of a maiden flight in late June, despite a prediction over the weekend by the head of Gulf airline Emirates for a ‪June 26 flight.

One airline source familiar with the program said the flight test schedule had originally been set at 14 months, but heightened scrutiny over aircraft certification after two 737 MAX crashes in October and March means that schedule is unlikely to be accelerated.

That means the 777X is more likely to be handed over to airlines toward the end of 2020, and that date could slip into 2021, airline sources said at an industry gathering in Seoul this week.

GE did not immediately respond to a request for comment.

GE began flight trials of the turbine engine, the world's largest, in March after a three-month delay caused mainly by a problem in its compressor.