Trump’s worth recovers to $3 billion despite business woes 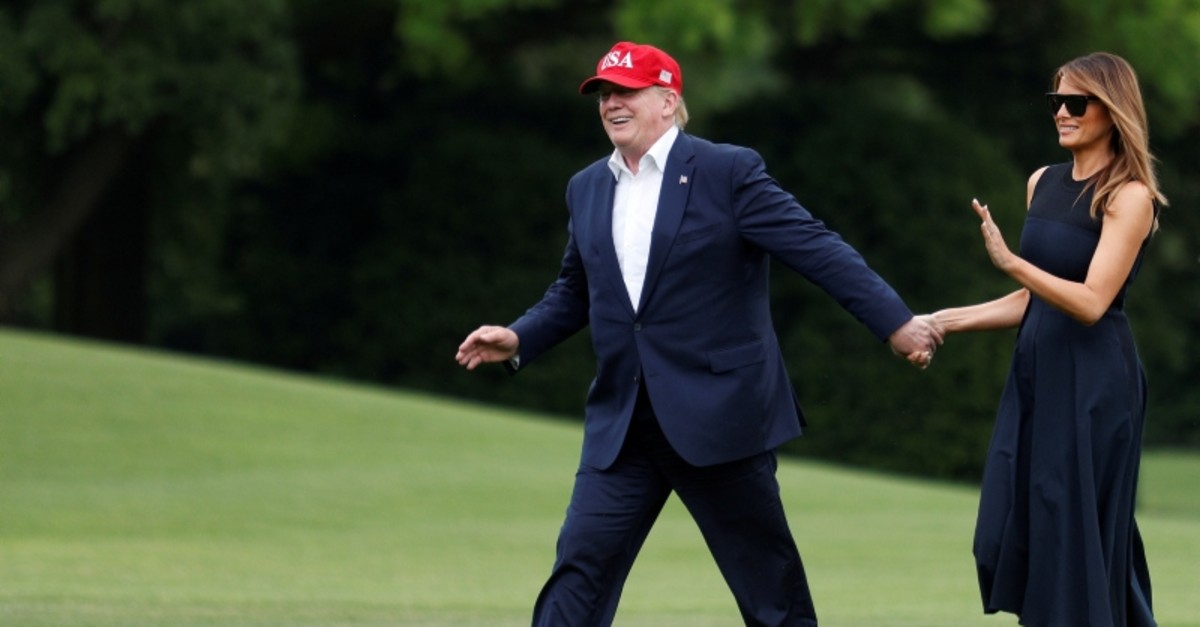 U.S. President Donald Trump's net worth swelled 5% to $3 billion over the past year, boosted by a rise in value of his properties, despite continued decline in business at his golf clubs and resorts.

After sinking for the two previous years, Trump's wealth has now recovered to 2016 levels, once at least $550 million in debt is subtracted from his total assets, according to data collected by Bloomberg Billionaires Index from a variety of sources, including a May 16 financial disclosure. Last year, his net worth stood at $2.8 billion.

The president's wealth rises and falls on the fate of his properties, particularly two owned by Vornado Realty Trust in Manhattan and San Francisco that make up about 25% of his fortune. Trump has a 30% stake in the two properties, while Steven Roth, who leads the realty trust, owns the remains 70%.

Trump once sued to prevent a chain of real estate transactions that ultimately handed him the partnership with Vornado, which has proven critically lucrative. The president's stakes in the two properties soared 33% last year to $765 million, propelled by plunging office capitalization rates and a surge in net income.

The U.S. president's stake in those two Vornado properties alone exceeds the total value of his resorts and golf courses, coming in as his No. 1 source of wealth. His golf courses and clubs took a 19% hit in value, falling to $525 million last year, amid low demand.

Trump's financial disclosure don't provide definitive figures but do offer a glimpse into his wealth. He manages his assets through the Trump Organization, which is made up of dozens of businesses. Before stepping into the presidency, Trump put his holdings in a revocable trust managed by his sons Donald Trump Jr. and Eric Trump and longtime CFO Allen Weisselberg.

Overall last year, Trump's office properties appreciated by $340 million over the last year, according to the latest financial disclosure. Office buildings have been some of the biggest benefactors of the rise in asset prices that came after Trump was elected in 2016, as easy financing and low supply boosted their value in big cities.

The sharp rise in value of some of Trump's properties buoyed his worth amid woes in other parts of his portfolio, including a Manhattan retail property and a luxury residential building at 502 Park Ave., where his former lawyer Michael Cohen resided before moving into a prison cell last month to serve a three-year sentence.

Two new hotel chains planned by the president were canceled this year and business soured at his Mar-a-Lago resort in Florida and seven gold courses.

The president's $550 million in debt has remained stable and now includes a new $11 million mortgage for a Florida home he bought from his sister, retired federal appeals Judge Maryanne Trump Barry.

About $300 million of his debt is owned to Deutsche Bank AG for loans on his Washington hotel, Florida golf course resort Doral and a Chicago tower.

Trump falls short of the $4 billion cut off point on Bloomberg's list of the 500 richest people. The combined wealth of those 500 has swollen 12% this year to reach $5.39 trillion, according to the Bloomberg Billionaires Index.