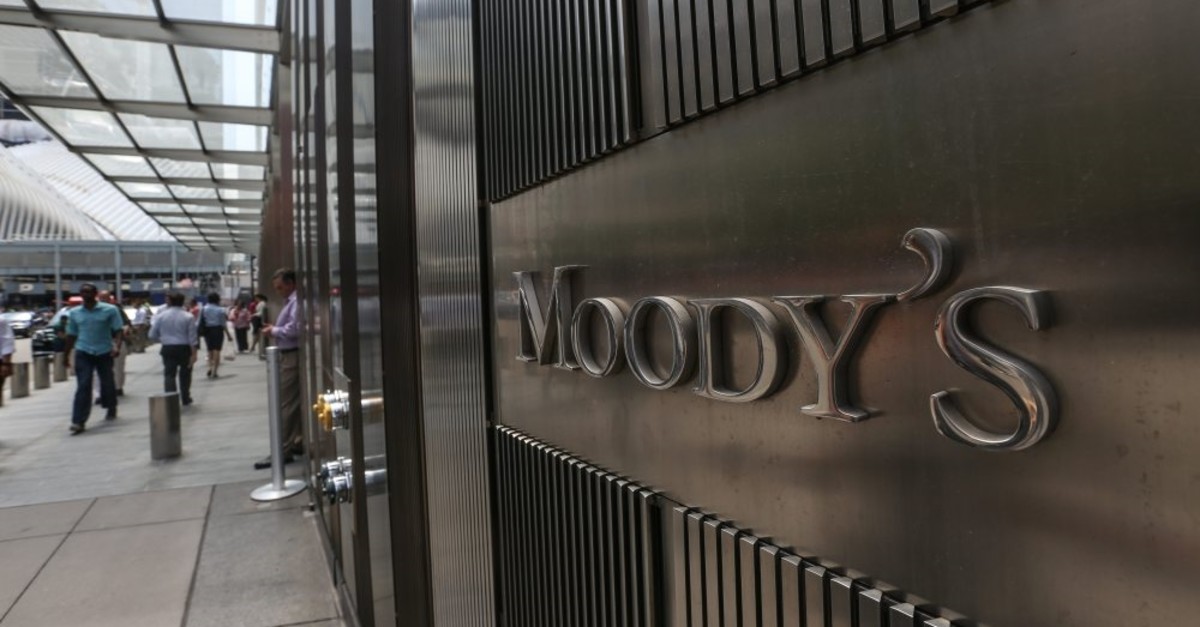 Turkey criticizes Moody's move to downgrade its credit rating, saying it is incompatible with the country's fundamental economic indicators and raises question about agency's objectivity and neutrality

In another late-night move, the U.S.-based credit rating agency Moody's again took the stage on Friday just after the market closed.

The institution took action later in the day, cutting Turkey's long-term issuer rating, citing an increasing risk of a balance of payments crisis and a government default. It downgraded the rating to B1 from Ba3 and maintained a negative outlook.

It had previously cut the rating to Ba3 from Ba2 in August last year. The timing of Moody's announcement was unexpected, as it was not scheduled to issue a rating review. Soon after the latest move, Turkey lambasted the agency, saying the downgrade raised concerns over the institution's objectivity and impartiality.

Although the country had a "large, diverse economy" and government debt was low, Moody's said this was outweighed increasingly by "continued erosion in institutional strength and policy effectiveness on investor confidence." The agency said the negative outlook was maintained because of possible instability caused by the rerun of the Istanbul mayoral election on June 23 and the fear of U.S. sanctions against Turkey over Ankara's purchase of a Russian S-400 air missile defense system, which Turkey says is already a done deal and is about to receive the system next month.

But the Treasury and Finance Ministry said the move was "incompatible with the Turkish economy's fundamental indicators."

"Credit rating agency Moody's decision to downgrade Turkey's credit rating conflicts with the fundamental indicators of the Turkish economy and casts a shadow over the neutrality and objectivity of the agency's ratings," the ministry said in a statement early Saturday.

It then listed economic indicators and developments in the country's economy that showed a clear sign of recovery, including the completion of recapitalization of state lenders, the downward trend in inflation and an increase in tourism income, noting, "We sadly see that very positive developments are being ignored."

Among other developments, it named the elimination of the need for foreign change in real terms resulting from an improvement in the balance of payments with the decrease in imports and increase in exports, facilitation of access to finance of export-oriented firms with the TL 30 billion İVME (advanced, productive, indigenous, industry) financing package, the Judicial Reform Strategy Program and implementation of other reform agenda with determination.

It said the agency also "unfairly" criticized the independence of institutions and the free market in Turkey.

"Turkey's main economic policy since 2003 have been to follow free market principles under any circumstances. Floating exchange rates, free capital flows and to incentivize ventures are situated at the center of Turkey's economic policies and any moves on the contrary will be out of the question, neither today, nor tomorrow," the statement said.

SOME COUNTRIES WITH WORSE RATIOS HAVE HIGHER GRADESRebuffing the agency's assessment of Turkey's debt being 2.6 times its reserves, the ministry said the level of debt to reserves is higher in some emerging market countries that have a better credit rating than Turkey.

"Foreign exchange reserve buffers are weak and Moody's expects them to weaken further over the next two years relative to economy-wide short-term liabilities," Moody's said.

Besides, with half of the short-term external debt belonging to the banking sector, the ministry said Turkish banks and real sector managed to renew their debts even in the August-September period of 2018, when perception related to Turkey was pretty bad and when credit default swap (CDS) spreads increased greatly.

"Furthermore, although there is no certain extent related to foreign exchange reserves agreed on at the international level, according to World Bank data, when looking at the average of the last five years, reserve adequacy measured over Turkey's imports remains close to developing European countries that could be described as similar to Turkey," the statement read.

The ministry also pointed to the indebtedness level of economic actors as another factor that should be taken into consideration when evaluating economic vulnerabilities. It said Turkey, when looking at both the overall economy and at the level of each economic actor, is showing a relatively strong performance.

"I have long been a critic of the rating agencies when it comes to Turkey's ratings and something does not seem quite right that a sovereign with a public sector debt to GDP ratio of just over 30 percent and with a faultless track record of paying throughout the era of the Republic back to 1923 is rated only single B," Timothy Ash, senior strategist for emerging markets at London-based Bluebay Asset Management, told Daily Sabah.

"For me the sovereign rating is about ability and willingness to pay, and the willingness has been proven - even during the 2000/01 crisis when Turkey paid even when the debt to GDP ratio went over 90 percent and the Turks worked hard by running primary surprises for the next five years to get the debt to GDP ratio back to a manageable level. They were never fully given the credit for the hard work then," he argued.

Ash also pointed out that Russia had similar ratios in 1998/2000, restructured and gave creditors cents on GKOs, cleansed its sovereign ratios by not paying, but was rewarded half a decade later by being given investment grade back. "Turkey paid when perhaps they should have restructured back in 2000/01, and it took them more than a decade to be rewarded with investment grade status - S&P never did. What's the big take out? Not paying pays, which is a sad indictment of rating agencies, surely, at least when you look at how Russia and Turkey have been respectively rated over the past two decades almost," he noted.

"And on Moody's, let's just think, they still rate South Africa at investment grade, Baa3, now FOUR notches higher that Turkey. How is this possible, sorry? South Africa has close to double the public sector debt to GDP ratio and double Turkey's fiscal deficit, while Turkey now has close to a balanced current account position, while South Africa's is still 2-3 percent of GDP in deficit. Neither has particularly high foreign exchange (FX) reserve coverage. And if in the end, debt sustainability is about generating real GDP growth, Turkey has a stellar record, while South Africa just cannot generate growth or jobs," Ash said.