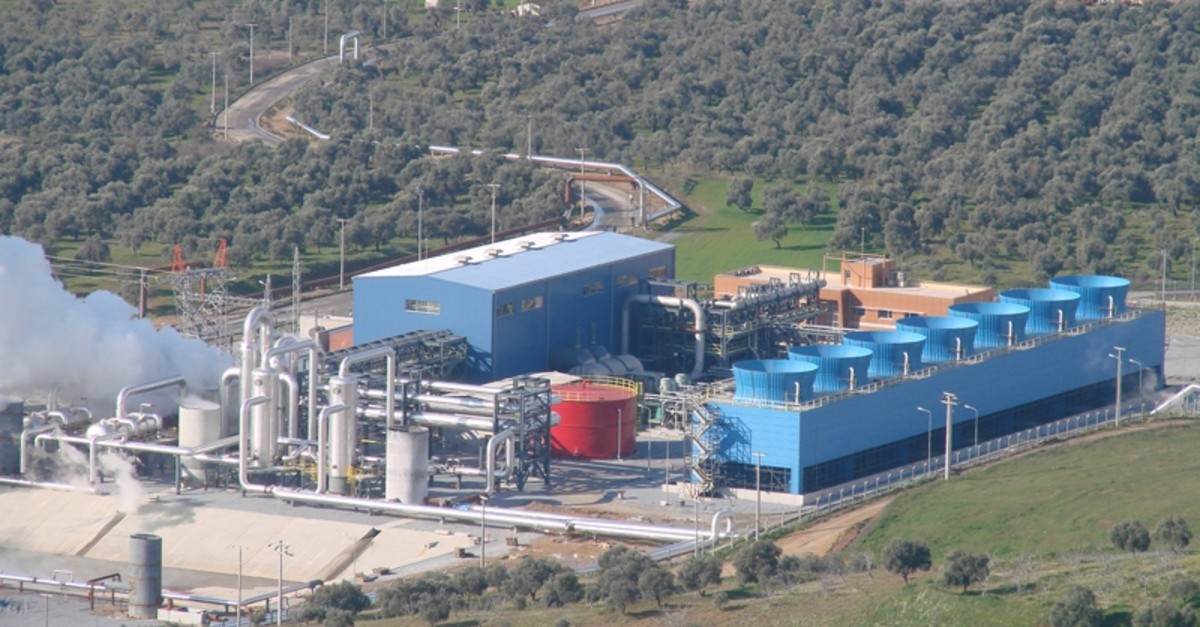 The Gu00fcrmat Geothermal Power Generation Faciltiy in the Germencik district of Aydu0131n received 47.4 milion euros in project financing from the Black Sea Trade and Development Bank (BSTDB).
by Elif Erşen
Jun 18, 2019 12:00 am

With the capability of fulfilling its financial liabilities, Turkey is the top market that has received the highest amount of financial support from the Black Sea Trade and Development Bank for projects in the energy, construction, infrastructure and health sectors

One of the fastest growing and developing countries in its region, Turkey has enjoyed a good deal of project financing from a number of international lenders in the last two decades which have seen a dramatic jump in the country's development efforts. The Black Sea Trade and Development Bank (BSTDB), established with the initiative of 11 countries in 1999, has been one of the major supporters of Turkish energy, construction, infrastructure and transportation projects. Turkey, indeed, is the largest borrower of the bank's financial support with a portfolio of over 1 billion euros ($1.12 billion). With confidence in the repayment capacity of the Turkish banks and borrowers, BSTDB continues to provide financing packages for leading banks in Turkey.

With confidence in the repayment capacity of the Turkish banks and borrowers, BSTDB continues to provide financing packages for leading banks in Turkey. "As a matter of fact, we have expanded our portfolio in Turkey over the last year," BSTDB President Dmitry Pankin told Daily Sabah in an exclusive interview. By the end of June 2018, the outstanding Turkish portfolio was 270 million euros and the figure rose to 343 million euros by the end of May this year, President Pankin explained and draw attention to the substantial increase in the disbursement with Turkey.

When asked about the repayment performance of Turkish borrowers, Pankin highlighted, "We have been working with Turkish banks with strong financial capability and we have had an excellent experience with Turkey," the BSTDB president said and added the level of debt of Turkish banks is not alarming. Turkey makes up 22.3 percent of the outstanding loan portfolio of the BSTD, according to the bank's statement.

The BSTDB has three channels for collecting money in international markets. "First, we are cooperating with other international developments banks in the region and beyond. The second channel is the European commercial banks while the third method is issuing bonds and collecting debt in the international capital markets," Pankin said.

The BSTDB generally engages in trade finance in its dealings with Turkey and Turk Eximbank is one of the most important customers of the bank, Pankin noted. The bank does not lend money directly to companies carrying out projects, yet sign loan agreements with Turkish banks with specific terms stipulating how the bank can allocate money for projects, the president noted. "BSTDB describes general criteria on the eligibility of the projects and the banks distribute the loans among projects," he added.

Some of the projects financed by BSTDB include Etlik Ankara Integrated Health Campus, for which the BSTDB provided 38.8 million euros. TAV İzmir Airport also received the same amount of financial support from the bank. The 170-megawatt Gürmat geothermal power plant in Germencik district of Aydın province is a significant energy project that received financial support for the Black Sea regional bank. The 47.4 million euro loan for the geothermal facility launched in 2015 and will mature in 2030.

Gazprom and SOCAR Turkey are among the other beneficiaries of the bank for trade financing loans for their gas trade with the Turkish importers. Moreover, in addition to conventional banks, BSTDB has also provided financing for leasing companies that provide loans for small and medium-sized contractors who opt for leasing construction equipment.

When asked about the specific concerns of the investors regarding Turkish projects, BSTDB president emphasized that the main issue is the foreign exchange (FX) volatility, which has caused the rapid depreciation of the Turkish lira in the last year.

"Although foreign currency loans can be a major problem for Turkish borrowers since they generate revenues in the local currency, the loan packages for Turkish projects have long-term maturity," Pankin remarked and continued, "We are carefully analyzing every project in which we are involved and provide financing fore bankable and less risky projects which could yield high return on investment." The long-term maturity loans reduce the risk for Turkish investors to fulfill their liabilities in a timely fashion, he explained. "The markets should be convinced of the mid- and long-term macroeconomic outlook of the country," he added.

The BSTD, however, will start providing finance for public projects run by municipalities. "Our mid-term strategy which we have adopted last year focuses on public projects including highway construction and municipal infrastructure projects," Pankin said, highlighting that the bank is shifting toward public services.

A recent loan agreement was signed for a waste treatment center in Istanbul, the BSTDB president noted.

The BSTDB is celebrating the 20th year in Istanbul this year with the annual governor meetings and business forum. Senior policymakers from the BSTDB members, top management of development banks and business leaders exchanged views on attracting investment to the regional infrastructure and development financing in national currencies in the Black Sea region.

Since the BSTDB was founded by Albania, Armenia, Azerbaijan, Bulgaria, Georgia, Greece, Moldova, Romania, Russia, Turkey, and Ukraine and started operations in 1999, the bank has provided 6.4 billion euros for around 400 projects in the last two decades. Along with Russia and Greece, Turkey is one of the biggest shareholders in the bank with a 16.5 percent share.