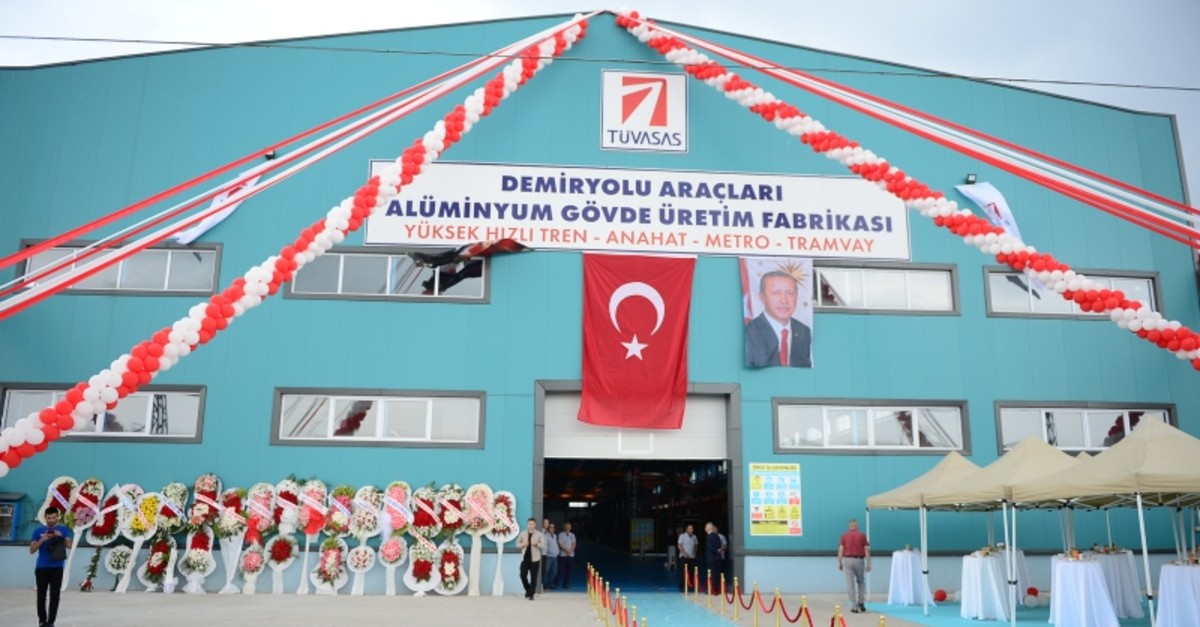 Deputy Minister of Industry and Technology Mehmet Fatih Kacır said at the inauguration ceremony of the factory, which located in Adapazarı district, that they aim to boost the domestic production of strategically important products as well as the high-value-added products. Kacır added that the country had achieved huge success in this regard especially in the defense industry, where the domestic production rate increased up to 70% from 20%.

Also speaking at the ceremony, TCDD Chairman Ali Ihsan Uygun said that the country is experiencing a major change and transformation in terms of vehicles and equipment used in railways with the opening of this factory.

Stating that TÜVASAŞ is able to produce diesel kits currently operating on railways with its own vehicles and resources, TÜVASAŞ Chairman Ilhan Kocaarslan said: "It will also produce electric train sets that reach speeds up to 160 kilometers per hour, within the scope of a project initiated in 2014, whose design has been completed and will enter into use at the end of this year."

Kocaarslan said TÜVASAŞ set a goal two years ago for producing railway vehicles at international standards in order to both meet the needs of Turkey and export the vehicles to abroad. He said that the opening of the Adapazarı factory is a huge step toward this goal as it is Turkey's only large factory producing these parts in all of the Balkans, Middle East, Caucasus and Central Asia.