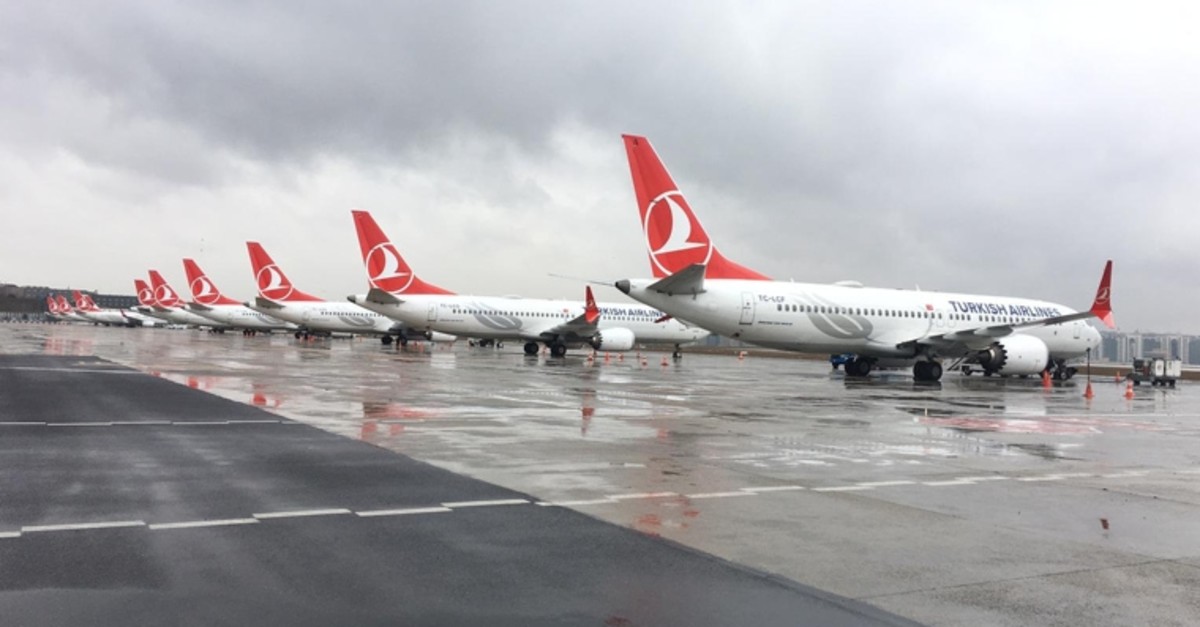 Turkish Airlines (THY) said its Boeing 737 Max aircraft will remain grounded throughout the summer, which will lead to cancellations in several flights.

The Turkish flag carrier airline said in a statement Tuesday that its 24 737 Max aircraft cannot be flown until civilian aviation authorities give the necessary permissions.

Due to this situation, cancellations will take place for some planned flights, it added.

Almost all prominent carries in the world including THY have grounded 737 Max aircraft after an Ethiopian Airlines crash killed all 157 people on board on March 9.

The Boeing 737-800 Max in the Ethiopia crash was the same type of plane as the Indonesian Lion Air jet that crashed on Oct. 29, killing all 189 people on board.

THY announced on March 13 that all 737 Max aircraft will be grounded until further notice.

THY Chairman Ilker Aycı met with President and CEO of Boeing Commercial Airplanes Kevin G. McAllister on May 24 to discuss the airline's pending orders from Boeing and its expectations for compensation for its losses for the grounding.

The largest planemaker was left facing its worst crisis in years after many nations around the world suspended 737 Max flights. Several airlines have since asked for compensation from Boeing.

Boeing is working on a fix to anti-stall software on the aircraft blamed for the crashes and hopes to get approval from regulators to get the jet back flying by the end of the year.

It depends heavily on its top-selling aircraft and has previously said it is costing at least $1 billion to address problems with the troubled jet. The findings of investigations into the crashes are still pending, and the company so far gave no clear sign of when regulators could allow the Max to fly again.

Dubbed the "dream aircraft," the first Boeing 787-9 Dreamliner is set to join THY's fleet by the end of this month and will perform its first flight in Turkey from Istanbul to the holiday resort city of Antalya on July 8. Three more aircraft will join the fleet in July and the remaining two scheduled for this year in August.

Turkish Airlines carried 28.5 million passengers during the January-May period of this year, it announced on Monday.