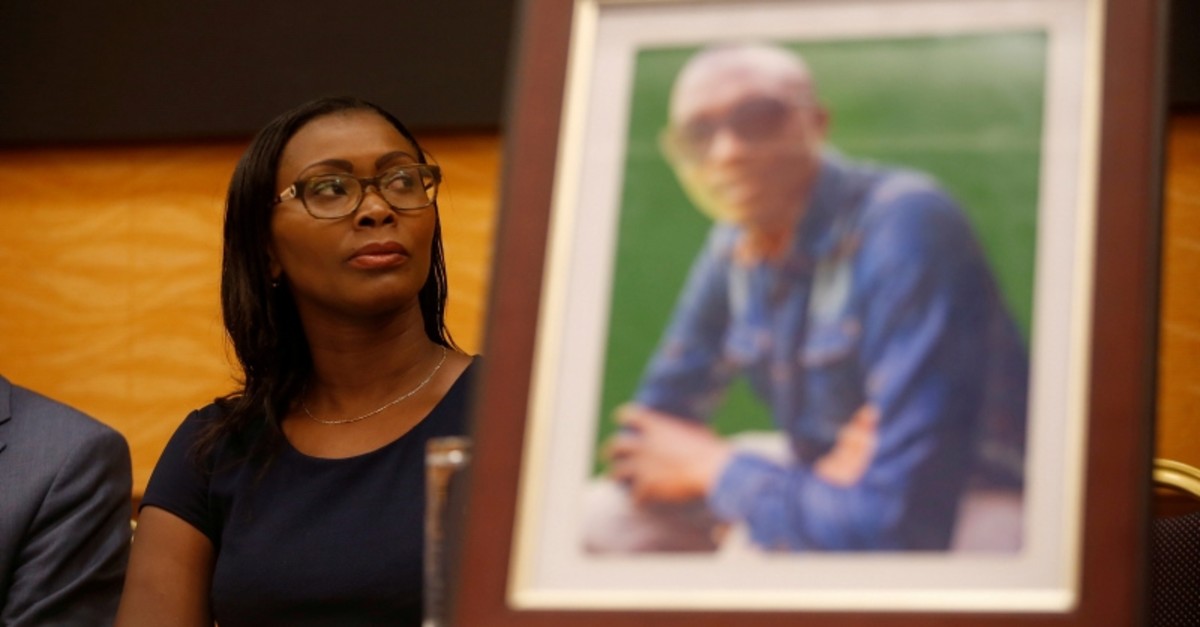 Esther Kabau-Wanyoike, sister of Kenyan George Kabau who died in the Ethiopian Airlines crash, sits next to his picture during a news conference in Nairobi, Kenya April 16, 2019. (Reuters Photo)
by Jul 04, 2019 6:09 pm
The families of victims of an Ethiopian air disaster on Thursday criticized Boeing's plan to donate $100 million to unspecified charities and communities affected by two crashes, saying it was too vague and that families should have been consulted first.

Some of the families said Wednesday's announcement from the U.S. planemaker also triggered an avalanche of unwelcome phone calls from relatives and acquaintances who believed they'd just received compensation.

"This is unacceptable. They did not consult us, we only learned this morning," said Quindos Karanja, a retired Kenyan teacher whose wife, daughter and three grandchildren were killed in the March 10 disaster. "This is not in good faith."

The crash of the Boeing 737 Max jet came only five months after the same model of plane plunged into the sea off Indonesia. The two disasters killed a total of 346 people, triggered the global grounding of the aircraft and wiped billions off Boeing's market value.

"It's like adding salt to a wound ... They haven't consulted any families," Kenyan lawyer Kabau-Wanyoike, whose younger brother George was aboard the doomed Ethiopian Airlines flight, told Reuters. Her family has lodged a lawsuit against Boeing, and she said it wanted answers on aviation safety.

"My parents are already being disturbed by people calling to ask has the money come," she added.

Another Kenyan man, who asked not to be identified, said his family was also concerned about security in a nation where kidnappings for ransom occur frequently.

"Boeing also want to show they have a good name, but they could be putting the victims at risk," he said, adding he did not oppose Boeing supporting charities, but that it could be done more discreetly.

Boeing said the multi-year payout was not connected to the lawsuits that more than 100 families have filed against it.

It did not specify how the money would be divided, which organizations would benefit or how it might relate to victims' families.

Nomi Husain, a U.S. lawyer representing seven families, said his clients, including the Kabau family, had all reacted badly to the announcement.

"They are saying: 'If` they want to help us, don't they know who we are? Don't they have our names?'" he said.

"They can't change the storyline that they put profit over safety."