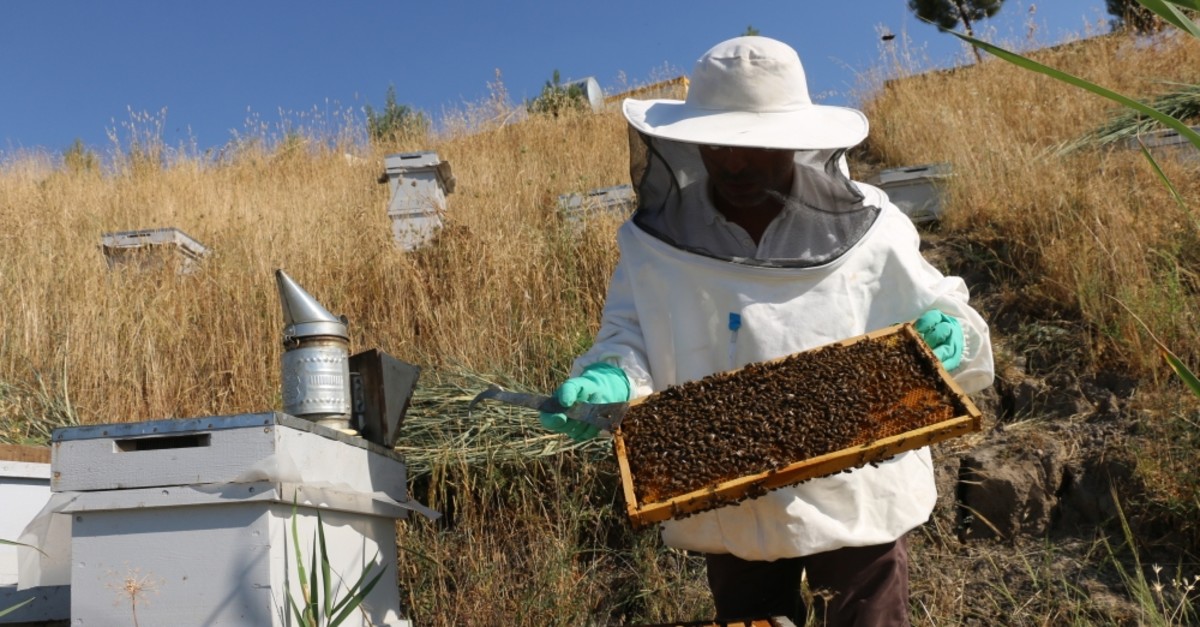 Propolis, also known as bee glue, is widely used in traditional medicine for treating abscesses and healing wounds.
by Anadolu Agency Jul 05, 2019 12:07 am

Propolis, a resinous substance obtained from honeybees, has become a new source of income for beekeepers in Turkey.

In addition to honey, bees also produce propolis, also known as bee glue, by mixing saliva and beeswax with exudate gathered from tree buds, sap flows, or other botanical sources.

In an attempt to provide new revenue for producers, the Siirt Beekeepers' Association is preparing a project for the production, processing and marketing of propolis, Faik Efe, the head of the association, told Anadolu Agency (AA).

"It is very hard to produce propolis. That is why beekeepers have not always been interested in it," Efe noted.

"Now, in Turkey's eastern Siirt province, a total of 50 out of 1,300 members of the association are producing propolis," he added.

Siirt University's Beekeeping Research and Application Center are also carrying out various research and experiment studies on honey, royal jelly, pollen and propolis, said Cahit Özcan, an academic at the center. "Bees use propolis as an immune system to protect and sterilize their hives from viruses and bacteria," he said. The amount of product collected by the method of scraping hive entrance is very low, said Cahit adding that "If large production is desired, propolis traps are an excellent way of harvesting clean propolis from the hive. A kilogram of propolis can go for up to TL 200."

Beekeepers started harvesting propolis as the demand increased over the last few years, head of the Siirt Honey Producers' Association, Nezir Çetin said. Meanwhile, the Siirt Provincial Directorate of Agriculture and Forestry, as a part of its Young Farmer project, distributed some 4,858 propolis traps to producers in the last three years. Propolis is antibacterial, antiviral, antifungal, and anti-inflammatory. It is widely used in traditional medicine treating abscesses and healing wounds.