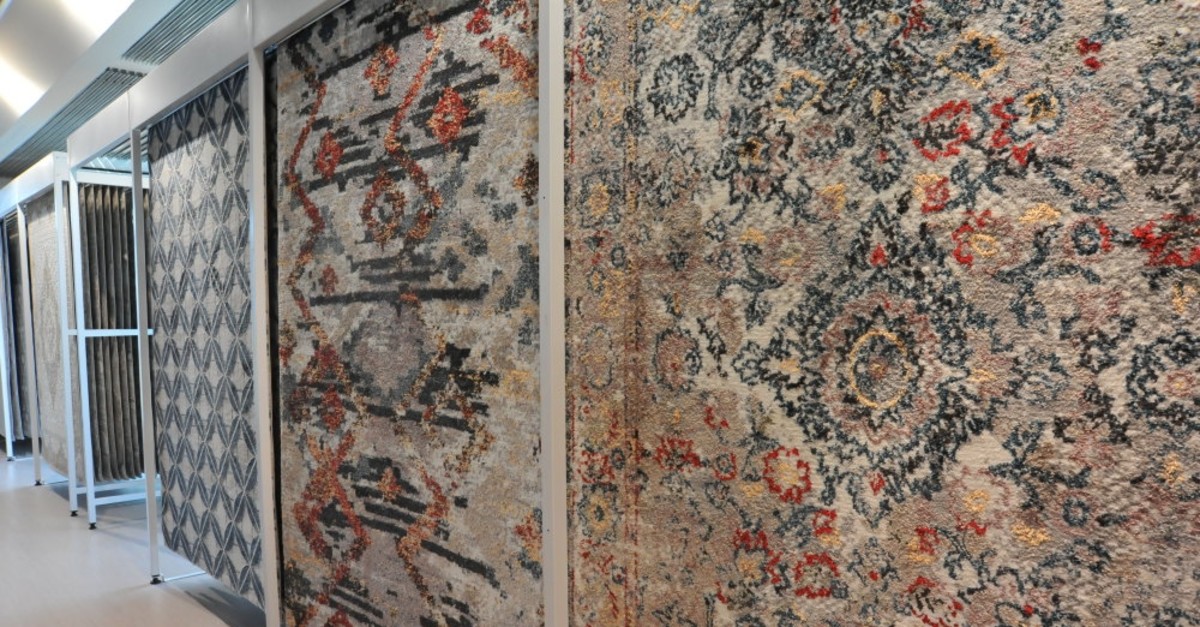 Decorating homes around the world, Turkish carpet exports increased on an annual basis, generating nearly $1.18 billion in the first half of this year

Turkey is known as one of the largest carpet exporters in the world. Famous for their quality, Turkish carpets are decorating homes around the globe. Having sold their products to some 177 countries between January and June this year, carpet exports have earned nearly $1.18 billion.

Kaplan told Anadolu Agency (AA) yesterday that they have been working nonstop to contribute to the country's economy.

As a result, he said, carpet exports, which stood at $1.097 billion between January and June 2018, increased to $1.176 billion in the same period of this year. As for the last 12-month period, foreign sales of carpets went up to $2.34 billion, up from nearly $2.25 billion, Kaplan noted. "Around 66 percent of exports were made by GAİB. In terms of provinces, Gaziantep alone made $782 million of the $1.176 billion in exports. It was followed by Istanbul with $281 million, Uşak with $43 million, Bursa with $18 million and Denizli with $7 million," he said.

Among importers the U.S. led the way with $282 million, followed by Saudi Arabia with $210 million, Germany with $57 million and Iraq with $45 million.

The U.K., Libya, Egypt, the United Arab Emirates (UAE), Iran, Kuwait, Israel and Belgium were among the other important markets for the carpet industry, according to Kaplan.

He said the industry's exports to the U.S. and Saudi Arabia rose by 5.8 percent and 43.3 percent, respectively, in the first six months. "There was a decline in Saudi Arabia particularly over the last two years, but things there got more dynamic this year. There is instability in Iraq, exports have fallen by 30 percent. Exports to the U.K. increased by 17.8 percent and to Libya by 12 percent."

"In Egypt, in the past, there were problems with the exporter information system. While previously only three of our companies were able to export to this country, this figure has risen to 15-16 this year. Our exports to Egypt increased by 121 percent in the last six months. We have at least 20-30 companies waiting for authorization certificates. While our exports to this country stood at $23 million last year, they have now increased to $51 million. There was a 24 percent increase in the UAE. These countries are the countries where we routinely export, and we are working on which destinations to add to these," Kaplan explained.

Accordingly, he said they aim to go to Malaysia and Indonesia in the second half of the year. "We export there but it is low. We will put in the effort to increase it. On the other hand, there is a fair in the U.K. we plan to attend. All sector representatives from all over the world come together at fairs. Our aim is to introduce the sector," he added.

Kaplan further emphasized that they believe they will achieve and even exceed their year-end export target of $2.5 billion. Indicating that there was extreme competition, especially in the U.S. market, he said: "In carpet exports, we do not have a problem in selling goods. Our orders are more intense than ever."

Meanwhile, Turkey earned over $10.6 billion in carpet exports between 2013 and 2017. According to the International Trade Center (ITC), Turkey was second only to China in global carpet exports.

As for last year, according to TİM figures, carpet exports rose by 4.7 percent year-on-year and hit $2.266 billion. Again, 66.5 percent, namely $1.5 billion, of total exports were made by GAİB. It was followed by the Istanbul Textile and Apparel Exporters Associations (İTKİB) with 25 percent, or $566 million.

The southeastern province of Gaziantep alone made 68.4 percent, or $1.55 billion, of the exports throughout the year, followed by Istanbul with 22.1 percent, or $500 million.

The Middle Eastern countries topped the list with $720 million, followed by the Americas with $604 million and European countries with $443 million. While carpets were sold to 173 countries last year, the U.S. was the top buyer of Turkish carpets by importing $24.8 percent, or $563 million, of the total carpet exports.

Among others, Saudi Arabia and Iraq continued to be important markets with shares of 11.7 percent and 7.5 percent in Turkey's total carpet exports, while Germany and the U.K. were also among the top five buyer countries.