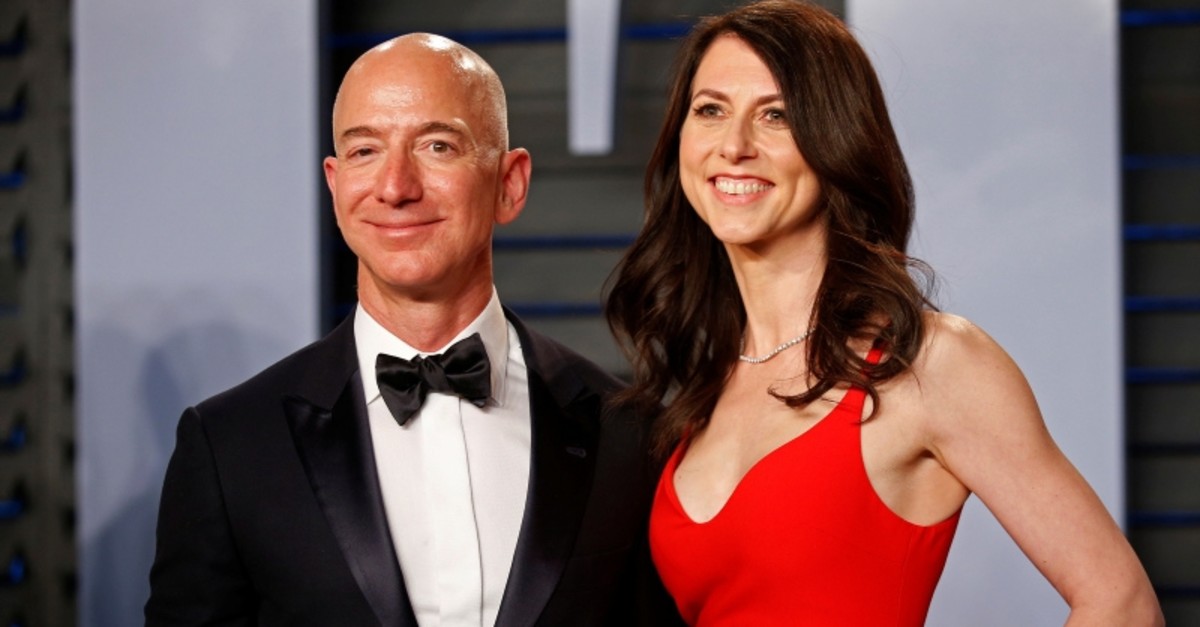 Under the agreement, MacKenzie Bezos, 49, will receive approximately 19.7 million Amazon.com shares, giving her a four percent stake in the company valued at $38.3 billion, and landing her at 22nd on the Bloomberg Billionaires Index, the news service said.

A judge in Washington state's King County finalized the divorce. Jeff Bezos, 55, will retain a 12 percent stake and remain the world's richest man.

MacKenzie Bezos, a novelist, has said she would give all of her stake in The Washington Post and the space exploration firm Blue Origin to her husband as well as voting control of her remaining Amazon stock.

She has also promised to donate half her fortune to charity, joining the ranks of the world's ultra-wealthy philanthropists as a signatory of the Giving Pledge.

In a letter shared online in May, MacKenzie Bezos vowed to give away half her fortune to charity through the Giving Pledge, founded in 2010 by billionaire investor Warren Buffett and Microsoft founder Bill Gates.

"We each come by the gifts we have to offer by an infinite series of influences and lucky breaks we can never fully understand. In addition to whatever assets life has nurtured in me, I have a disproportionate amount of money to share," the 49-year-old novelist said on her decision to give to the philanthropic club.

"My approach to philanthropy will continue to be thoughtful. It will take time and effort and care. But I won't wait. And I will keep at it until the safe is empty."

According to Quartz, of the top five wealthiest Americans, only Jeff Bezos, 55, has not signed the Giving Pledge. He praised his wife for her philanthropy after she signed on to the campaign.

"MacKenzie is going to be amazing and thoughtful and effective at philanthropy, and I'm proud of her," he tweeted. "Her letter is so beautiful. Go get 'em MacKenzie."

The personal life of Jeff Bezos was thrust into the spotlight with the announcement in January that he and his wife were divorcing after 25 years of marriage and the revelation by the National Enquirer that he had been having an affair with a former news anchor, Lauren Sanchez.

Jeff and MacKenzie Bezos married in 1993 and have four children. Jeff Bezos founded Amazon in their Seattle garage in 1994 and turned it into a colossus that dominates online retail.