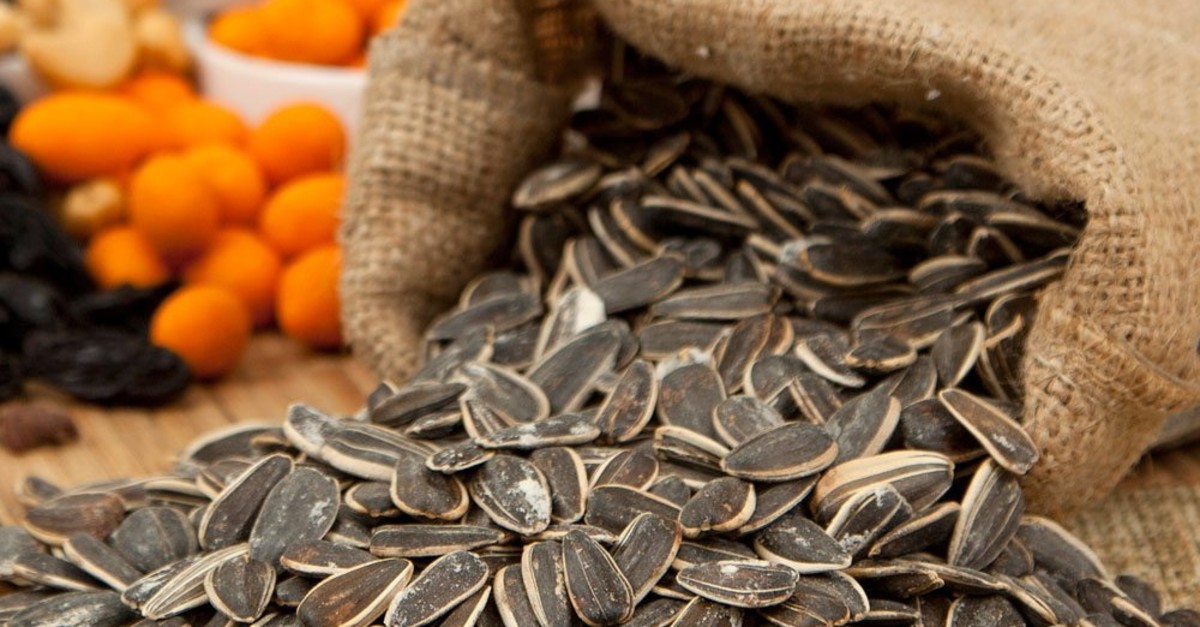 Turkish people are known for their "addiction" to nuts, which claim an essential place in their daily lives. Sunflower seeds stand as the most consumed dried snack in the country. Peanuts rank second right after sunflower seeds, which are an indispensable habit of Turks that peaks in consumption in summer months. The seeds are consumed everywhere from picnic areas to parks and streets. Overall, Turkey ranks second in the consumption of nuts worldwide, with 10.8 kilograms per capita annually.

The size of the nut market in Turkey stands at some TL 4.84 billion, according to Zeynep Göçmen, the marketing director at Tadım, one of Turkey's leading packaged nut and dried fruit brands. "Seventy-five percent of this consists of unpackaged products, while the rest is consumed from packages," she was cited as saying by Turkish Milliyet daily, noting sunflower seeds as the most consumed dried snack in the country.

Stressing that sunflower seeds account for 50 percent of the sector, followed by peanuts and mixed nuts, Göçmen recalled that in 2018, sunflower seed production in Turkey was 125,000 tons with a turnover of TL 1.2 billion, adding that 84 percent of households consumed sunflower seeds in this period. "The consumption rate increased by 7 percent compared to the previous year. In 2018, 40.6 tons of packaged sunflower seeds were consumed. Our market share in the packaged segment is 71 percent," she noted. She also informed about the price movements in the sector. "Prices are going up and down in line with the year's crop. The price range of sunflower seeds, on the other hand, is more stable. Prices for each product vary according to the yield of that year," she continued. "Generally, nuts are harvested in August and September. In September, we will move to new crops. We purchase directly from the farmer without intermediaries as much as possible. We are trying not to increase the price. We offer value-added and well-processed products to the consumer. They are all the same size and quality."

Göçmen further stressed that the market, which had grown 10 percent last year, achieved 4 percent growth this year. "We grew 20 percent last year, exceeding the market volume. The regional consumption is spearheaded by Istanbul and the Marmara region, followed by cities such as Ankara, İzmir and Bursa," Göçmen said, pointing to the noteworthy preference of nuts, frequently recommended by doctors and dietitians with the increase in healthy lifestyle trends. She also added that raw nuts and fruit have come to the fore as the new trend in the sector.

Meanwhile, peanuts stand out as the most popular nuts in the world in terms of consumption with 42 million tons, followed by almonds with 1.1 million tons and walnuts with 888,000 tons.