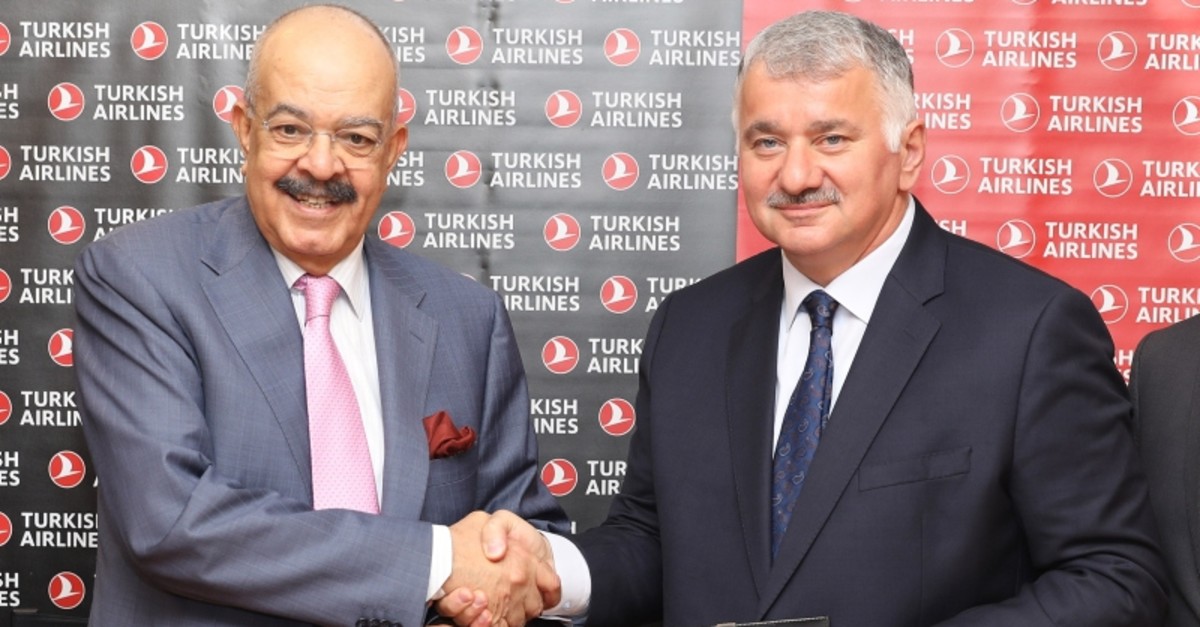 Recalling the Special Prorate Agreement signed this May, Turkish Airlines said: "This code-share agreement is now expected to take the partnership of the two national flag carriers to a new height and provide great opportunity for the passengers from Kuwait and Turkey."

"The signing of this agreement coincides with the time when the Kuwait market is witnessing steady growth in travel to Turkish cities as a main tourist destination famous for its rich history, hospitality, culture and other facilities which make the visit to Turkey a perfect holiday experience," it added.

Bilal Ekşi, Turkish Airlines' CEO, said in the statement that both companies will work closely to offer the best services to passengers and improve customer experience.

"With its brilliant performance over the last 16 years, Turkish Airlines holds the title of the airline that flies to the highest number of countries in the world with 124 countries. "The opening of our new home base, Istanbul Airport will further contribute and create new opportunities for our airline and I firmly believe that this code-share agreement will support promoting the cultural and commercial relations between Istanbul and Kuwait," Ekşi said.

Yousef Al-Jassem Al-Saqer, chairman of Kuwait Airways also said: "The agreement will support Kuwait Airways and Turkish Airlines operating between the two cities and allow more travel options, facilities for the public to take advantage of the services provided by the carriers."

"The new code-share partnership will give customers the simplicity of purchasing connecting flights on both airlines using one reservation, and a seamless ticketing, check-in, boarding and baggage check experience during the entire journey.

Turkish Airlines, founded in 1933 with a fleet of five aircraft, currently has nearly 340 aircraft, including passenger and cargo planes, and flies to 311 destinations worldwide. The company yesterday announced it carried 6.6 million passengers in June, a 3.2 percent year-on-year increase. The seat occupancy rate also increased in the month by 1.2 points to 80.3 percent, according to a report posted on the website of the Public Disclosure Platform (KAP). The number of passengers in both domestic and international flights soared, at 1.3 percent and 3.6 percent, respectively. On the other hand, the company carried 35.1 million passengers during the first half of 2019, a decline of 1.7 percent year-on-year. While the number of passengers carried in domestic flights fell 5.8 percent, passengers on international routes rose 1.6 percent during the same period.

On the other hand, Turkish Airlines' new Boeing 787-9 Dreamliner, which was named Maçka after the home district of 15-year-old Eren Bülbül, killed by a PKK terrorist in 2017, made its first scheduled flight to the Black Sea city of Trabzon yesterday.

The first of 30 B787-9 Dreamliners, for which Turkish Airlines started negotiating with Boeing in September 2017 and finalized talks in March 2018, joined the fleet late last month.

It commenced operations with a flight from Istanbul to Trabzon on Monday in memory of Bülbül, who was martyred on Aug. 11, 2017, by Mehmet Yakışır, code-named "Zeynel," the top PKK terrorist in the Black Sea region.

Bülbül died from gunshot wounds sustained as he helped gendarmes track PKK members near his house in Maçka, a town 22 kilometers south of Trabzon. Bülbül's death led to a public outcry, with locals hanging Turkish flags from windows and balconies and the whole of Turkey uniting in condemning the terrorist group. On July 15 last year, the terrorist who was in the red category of the country's most-wanted list was neutralized by Turkish security forces. The TK 2410 numbered aircraft made its first 52-minute flight with 296 passengers, which included 266 economy and 30 business passengers. The flight back to Istanbul was also expected to have 100 percent occupancy.

A total of 30 Boeing 787 aircraft will gradually be joining the Turkish Airlines fleet within the next four years. Although the first flight of THY's first B787-9 type aircraft was scheduled as an Istanbul-Antalya flight on July 8, after a survey launched on social media it was changed to Trabzon. In a survey that began ahead of the arrival of the first Dreamliner to Turkey, Turkish Airlines asked people to choose the name of the new aircraft. Over 246,000 people participated via Twitter.

The airline announced the dedication of the first flight of the aircraft to Bülbül's hometown Maçka. Upon their arrival in Trabzon on Monday, the passengers of the flight took shuttles that were waiting at the airport and went on to visit the martyred teenager's grave and his family.