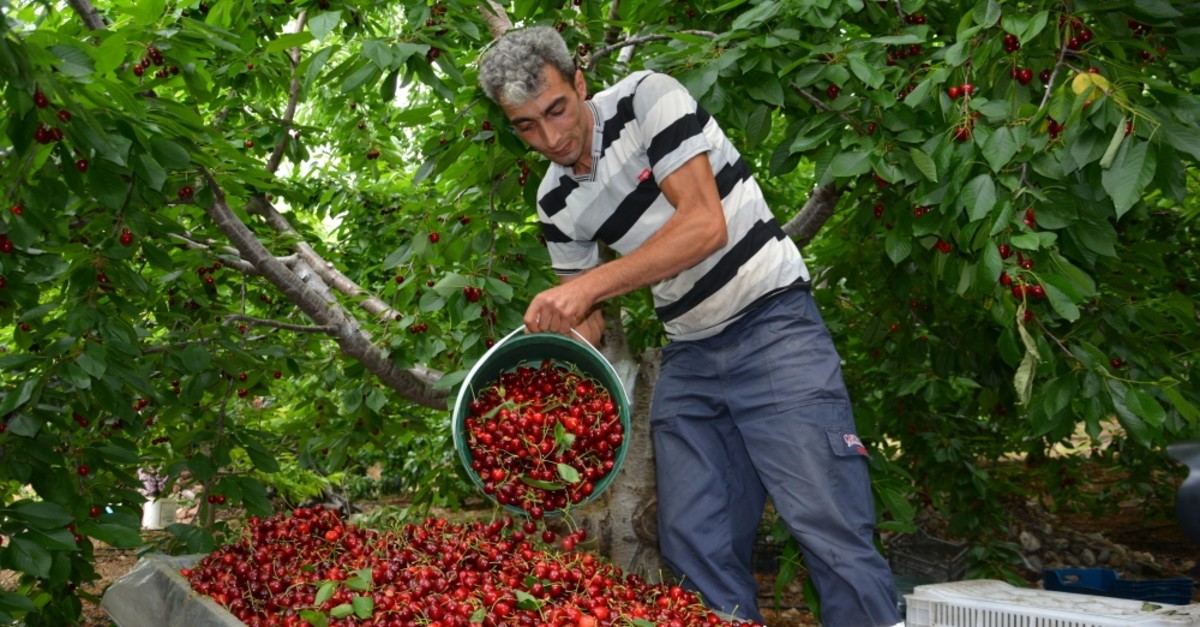 As a world leader in cherry production, Turkey has finally paved the way for cherry exports to China, which totals $800 million in annual cherry imports, crowning a decade-long effort with a notable figure. Turkey achieved $1.4 million in cherry exports to China after receiving its first-ever export visa this year. Hong Kong, on the other hand, imported $3.4 million worth of cherries from Turkey, an increase of 76 percent compared to the previous year. Hayrettin Uçak, chairman of the Aegean Fresh Fruit and Vegetable Exporters Association, noted that the cherry is considered a sign of prestige at the table of the Chinese who love the product very much, adding they concluded their efforts to remove the obstacles for cherry exports in cooperation with the Agriculture and Forestry Ministry and Trade Ministry.

Uçak said that the agreement on cherry exports to China was signed in the middle of the season. "We would like to thank Agriculture and Forestry Minister Bekir Pakdemirli, Trade Minister Ruhsar Pekcan and the bureaucrats of both ministries on behalf of our exporters," Uçak said. "Although the agreement was signed in the middle of the season, our exporters made connections for cherry exports to China and started to export. Fresh Cherry and Grape URGE Project, which we started in 2016 and finalized last April, was instrumental in this success. China Business Trip held on March 24-31 within the scope of the URGE Project has begun to bear fruit as well. Thanks to the favorable picture of cherry exports, we aim to reach $200 million this year."

Turkey exported 65,000 tons of cherries from January 1-July 10, generating $155.7 million in foreign exchange. In the same period last year, Turkey reached $152.2 million worth of exports of 69,000 tons of cherries. Meanwhile, cherry exports fell by 6 percent in quantity but saw a 2 percent increase in value. The export season started two weeks late due to weather conditions. With this in mind, cherry exports are expected to result in a higher increase in quantity and value at the end of the season compared to last year.

Germany ranked first in cherry exports with $77 million, while the Russian Federation shared the top ranking with $34 million. The Netherlands, on the other hand, reached $8 million in Turkey's cherry exports, followed by Norway, Austria, Hong Kong, Denmark, Sweden, Italy, and Iraq.