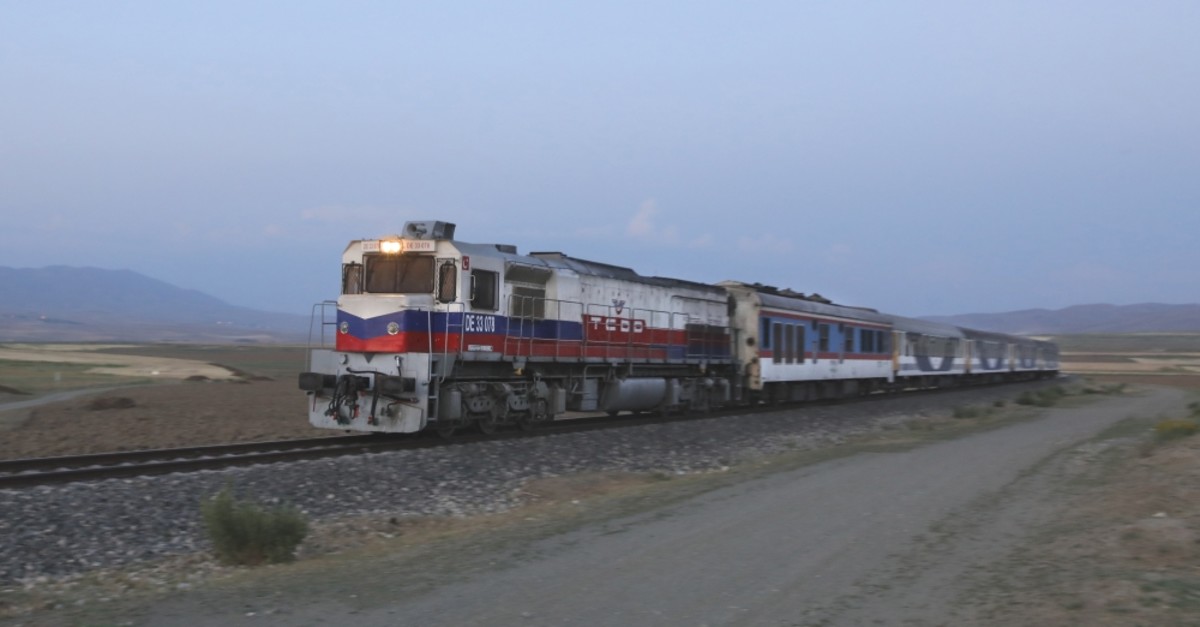 The train service will start regularly bringing passengers from Tehran to Ankara next week.
by Daily Sabah Jul 13, 2019 12:52 am

The trial run of a rail service between Ankara and Tehran has finally resumed with the first passengers arriving in eastern Turkey's Van province on Thursday following a 21-hour journey.

The train line between the capitals of Turkey and Iran, which ceased operation in 2015 due to attacks carried out by the PKK terrorist organization, resumed with the re-establishment of the trust environment in the region.

Launched to improve relations, the trial run of the train service was successfully carried out between the two countries.

The five-car passenger train with a capacity of 200 people departed from Iran's capital Tehran on Wednesday at 9:50 p.m. and arrived at Van Station on Thursday evening.

Some 66 Iranian passengers, who arrived in Van, went to the city center by minibuses and cars.

The train will start regularly bringing passengers from Tehran to Ankara next week.

Iran's Train Chief Ali Tebrizi told Anadolu Agency (AA) that the train service was carried out successfully. "We have safely transported our passengers to Turkey. The Iranians are very pleased with the resumption of the train service," he added.