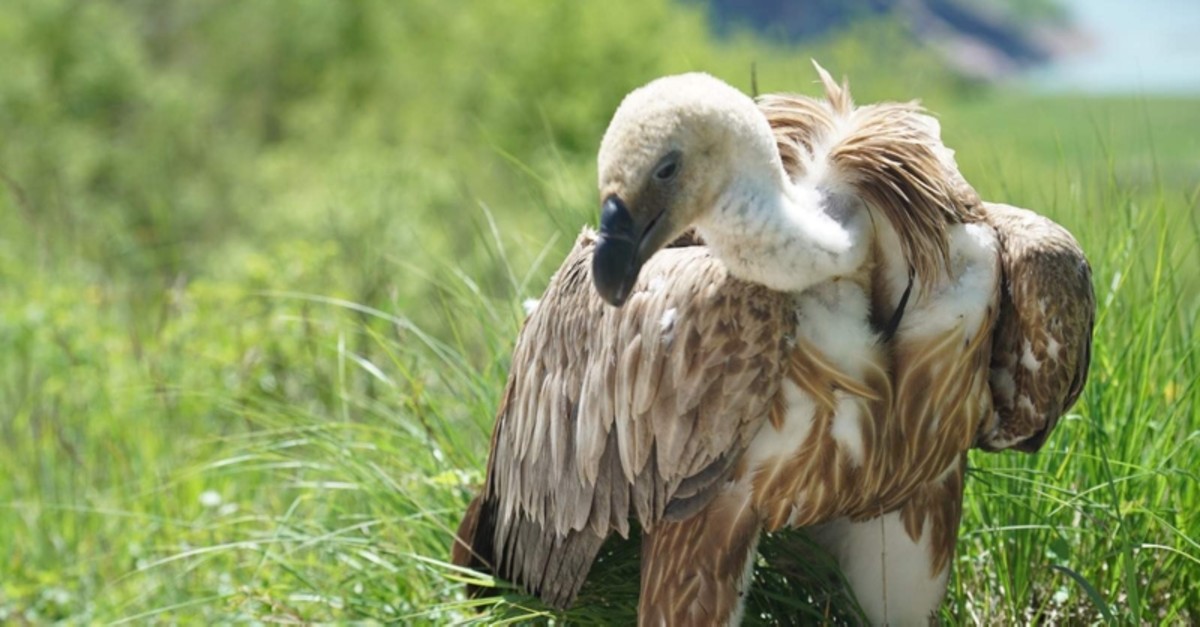 Dobrila was taken to the Wild Life Restructuring Center in Şanlıurfa to be cured and reach its ideal weight.

✈️
Another story of homecoming!
The griffon vulture Dobrila's journey from Şanlıurfa to Serbia.

We safely transported the endangered Dobrila, who accidentally landed in Şanlıurfa during season migration, back to its natural habitat in Serbia.#TurkishCargo #MissionRescue pic.twitter.com/XdwLAlor26


"When it was noticed that Dobrila, a member of the fowler family, couldn't continue flying, the officials of the Ministry of Agriculture and Forestry established contact with the Serbian authorities using the tag and tracking number available on its foot," it said.

After having been carried to Serbia from the southeastern province via Istanbul under the sponsorship of Turkish Cargo, which acts in line with its mission of respect toward animals and nature in all its transportation operations, the griffon vulture was handed over to Serbian officials during a ceremony attended by Tanju Bilgiç, the ambassador of the Republic of Turkey in Serbia, and Goran Trivan, the minister of environmental protection of Serbia.

"Today is a very special day for Dobrila, because after months of rehabilitation, it will fly for the first time. We thank Turkish Cargo for their support," biologist Irena Hrıbsek, from the Foundation for the Protection of Birds of Prey, was cited as saying.

Griffon vultures are found in parts of Europe and western and central Asia. Less than 100 pairs are estimated to live in Serbia, particularly in the Uvac canyon in the western part of the country. As scavengers, they are the last chain of the ecological system.

Turkish Cargo, acting with its vision of "MissionRescue," previously transported four lions from Ukraine, which were suffering due to hunger, to their natural habitat in Johannesburg.

The company serves customers in 124 countries.

Turkish Cargo complies to the International Air Transport Association (IATA) Live Animals Regulations and The Convention on International Trade In Endangered Species of Wild Fauna and Flora(CITES) in accepting, carrying and shipping animals.