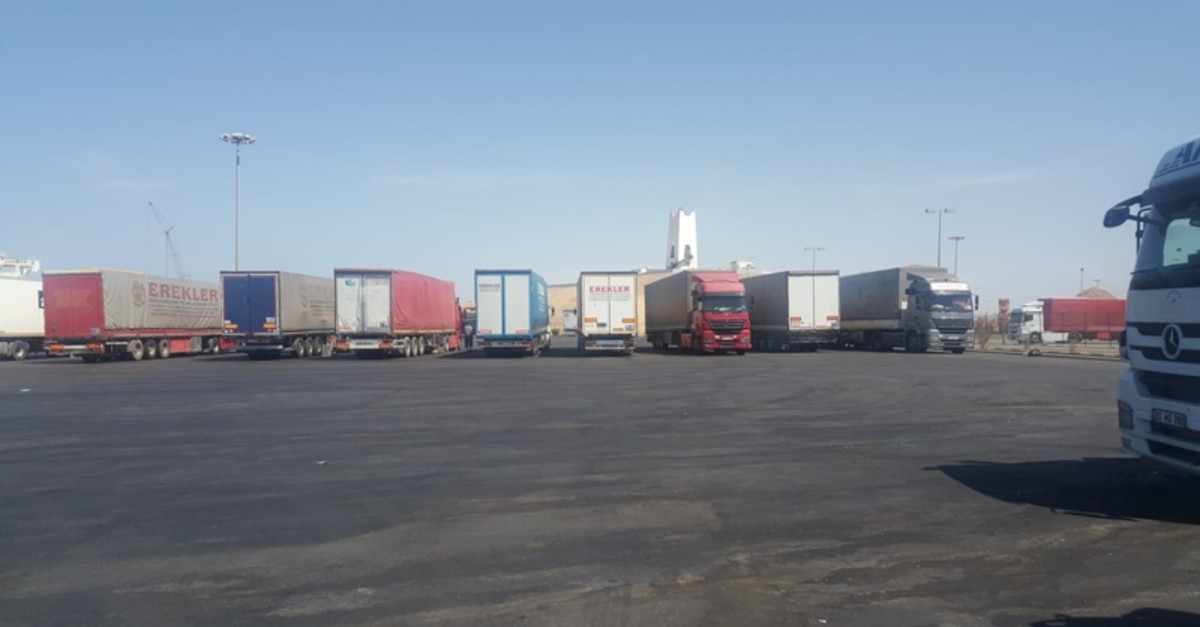 | AA Photo
by Anadolu Agency Aug 03, 2019 1:07 am
Saudi authorities are allowing 85 trucks carrying Turkish goods to enter the kingdom after holding them at the customs border without any justification since July 21.

Sixty trucks have left the port while the others will leave tomorrow, they added.

Noting that they experienced hard times in the country for 12 days because of the extremely hot weather, the drivers also said that one of their colleagues had fainted.

Turkey has been closely following the matter and Trade Minister Ruhsar Pekcan said she spoke with her Saudi counterpart by phone this week.

Turkey's embassy in Riyadh and consulate general in Jeddah also made intensive efforts to secure the passage of the trucks through customs as soon as possible.