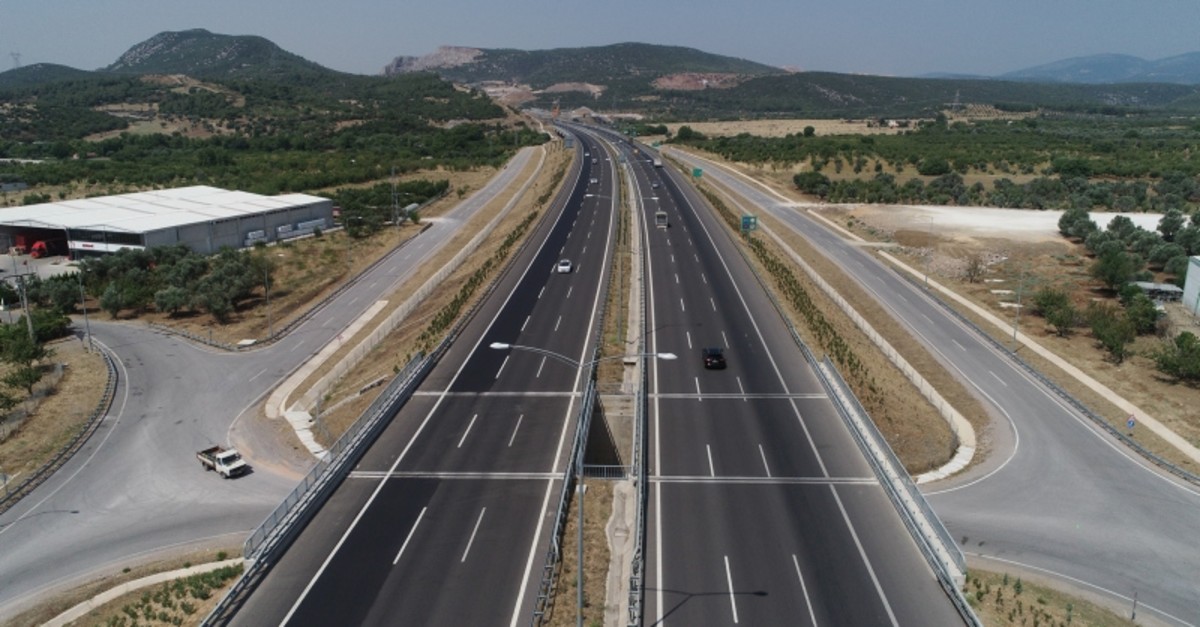 | AA Photo
by Anadolu Agency Aug 04, 2019 9:17 pm
President Recep Tayyip Erdoğan on Sunday cut the ribbon on a 426-kilometer (264-mile) mega-highway project between the coastal cities of Istanbul and Izmir, a project that will slash the travel time between the metropolises by more than half.

"Tourism, trade, and industry will gain momentum and (this highway) will significantly contribute to our country," Erdoğan said at the opening ceremony, held in the Bursa province.

Erdoğan said that, as the project was financed by a joint venture group under the Build-Operate-Transfer (BOT) model, the Turkish state spent not a single cent on the $11 billion project.

Calling the highway "a profitable project," he said the joint venture group would run the highway for a little over 22 years.

Turkish drivers will save hundreds of millions of dollars' worth of fuel and thousands of hours in driving time thanks to the Istanbul-Izmir highway, as it cuts the travel distance by some 100 km (62 mi).

By speeding up a major national artery, the new highway should also boost tourism and trade.

The mega-project -- linking Turkey's largest city by population, Istanbul, to its third-largest city, Izmir, on the Aegean coast -- cuts the travel time between the two from eight-and-a-half hours to about three-and-a-half hours.

President Erdoğan said Turkey's tourism sector is thriving this year, with over 50 million tourists flocking to the country.

People "cannot do without visiting" Turkey, he said, adding that the new highway will further boost the country's tourism sector.

Also speaking at the highway ribbon-cutting, Transport and Infrastructure Minister Mehmet Cahit Turhan said it was the largest project in EU history using the BOT system.

"This is the first highway project contracted using BOT," he said, adding that the project was realized with sizable contributions from local firms.

According to Turan, the project is also environmentally friendly as it will reduce gas emissions significantly given the shorter commute.

The highway project created job opportunities for 8,500 people during its construction, and another 6,100 people will be employed during its operation.

President Erdoğan on Sunday also opened a new hospital complex in Bursa with a bed capacity of 1,355 and multiple hospitals.