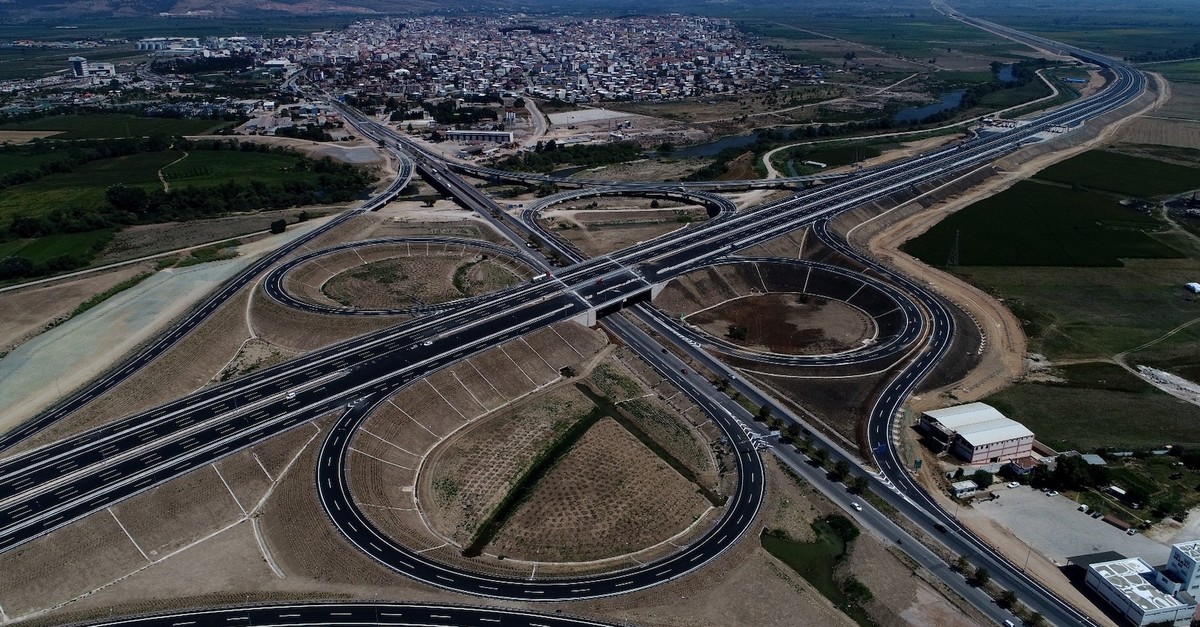 The new mega-highway project between the coastal cities of Istanbul and Izmir will significantly contribute to the country's economy and will slash travel time between the metropolises by more than half, while the Bursa City Hospital will further improve health standards

Turkey on Sunday witnessed the simultaneous inauguration of two separate milestone projects, out of which one is about to cut in half the travel time between two of Turkey's largest cities, while the other one is a part of a new concept in Turkey's efforts to modernize its health care sector. In a ceremony in the northwestern province of Bursa, President Recep Tayyip Erdoğan opened the remaining 192-kilometer section of a new highway connecting Istanbul, Turkey's most populous city, and Izmir, a metropolis on the Aegean coast, thus putting the 426-kilometer highway into service. Erdoğan also opened the grand Bursa City Hospital, also known as a city hospital complex, a part of a new concept in Turkey's efforts to improve health standards by significantly increasing hospital bed capacity and addressing the shortage of doctors.

The last section of the Istanbul-Izmir highway consisted of the main body of 183 kilometers and connecting roads of 9 kilometers. Earlier, part by part, 201 kilometers of the highway and 33 kilometers of access roads have been put into service. The new highway will shorten the way between Istanbul and Izmir by 100 kilometers and pass through Bursa, Balıkesir and Manisa before reaching Izmir, Erdoğan said in his speech. The president pointed to the provinces through which the highway will pass as the country's main export bases, noting that they constitute 64% of the country's total national income. The project was built at a cost of some $11 billion, Erdoğan said, emphasizing that it will have an annual contribution to the country's economy of $3.5 billion, considering the amount of fuel and time it will save for vehicles traveling between the two cities.

Considering that it will go through Turkey's main industrial cities, the new project is also poised to boost tourism, industry and exports, the president added.

Former Transportation Minister Binali Yıldırım, who is currently serving as the AK Party's Izmir deputy and has a long track record of success in realizing megaprojects, opened the Balıkesir section of the highway.

Erdoğan also praised the built-operate-transfer (BOT) model, on which the highway, as many other mega projects across Turkey were constructed, saying it helps spur the country's development.

To ensure the quality of services, the government has adopted a public-private partnership model for the construction and operation of both of the projects.

Erdoğan remarked that the venture, which built the highway and will operate it for the next 22 years and four months, will pay some TL 6.3 billion to the government.

Erdoğan also emphasized that the length of 6,100 kilometers of divided roads made in 79 years in Turkey has increased to 26,764 kilometers in 18 years under the rule of the Justice and Development Party (AK Party).

The president also said they increased the length of highway tunnels from 50 kilometers to 473 kilometers.

Travel time cut in half

The Istanbul-Bursa-Izmir highway project, which has a total length of 426 kilometers, including a 384-kilometer highway and 42 kilometers of access roads, is cutting the travel time between Istanbul and Izmir from the current 8.5 hours to 3.5 hours under normal conditions, the president noted.

First launched in 2010, the highway will be one of Turkey's main transport arteries, connecting the Marmara region to the Aegean, the western Mediterranean and western Anatolia regions. Osmangazi Bridge, a key plank of the project, opened in 2016, cutting one-and-a-half hours from the travel time.

The project, it is said, will bring significant economic contribution and important facilities and conveniences, particularly in the transportation of Turkish industrial and agricultural products both in Turkey and abroad.

Transportation and Infrastructure Minister Cahit Turhan last week said up to 5,000 people have been employed at the construction site so far, adding that when the construction works are over, around 1,000 people will be employed in the maintenance and operation services of the project. 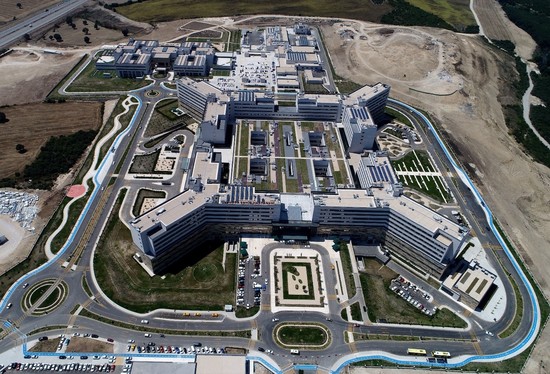 President Erdoğan also led a ribbon-cutting ceremony for the Bursa City Hospital, marking the 10th of this kind of complex opened in Turkey so far. It has a capacity of 1,355 beds and was built on an area of 745,365 square meters with an investment of 488 million euros ($542 million).

"Our hospital, which has been admitting patients for a month now, provides services in the standard of a hotel with rooms for one to two people with sofas, fridges and televisions," Erdoğan said.

"Together with Bursa, we have increased the bed capacity to 13,417 and the number of hospitals [of this kind] to 10. We aim to offer 31 health facilities with a bed capacity of 44,846 to our nation," he added.

As of 2017, nine city hospitals have been put into service across Turkey, including in Mersin, Yozgat, Isparta, Adana, Kayseri, Elazığ, Eskişehir, Manisa and Ankara, which was last to open in February and is the largest of its kind in Europe.

These large hospital complexes are mainly built in suburbs and house the staff and services of multiple existing hospitals in their immediate region. They provide services in a diverse range of medical specialties not available in other hospitals in many cities.

The city hospitals are being leased to private companies, and the government only pays fees for medical imaging, laboratories, security, maintenance and health care workers' salaries.

Turkey has taken steps to rejuvenate its crumbling health care system in recent years. Hospitals run by the Health Ministry and Social Security Institution (SGK), formerly known as the Social Insurance Institution, were merged to prevent overcrowding. The government also reduced red tape in the treatment of patients with social security at teaching hospitals run by universities.

Existing hospitals have also been modernized, and more than 500 new hospitals have opened all across Turkey. Erdoğan, who previously served as the country's prime minister, pioneered the "city hospital" concept, calling it his "dream."