US delegation headed by commerce secretary Ross to visit Turkey in Sept. to talk trade 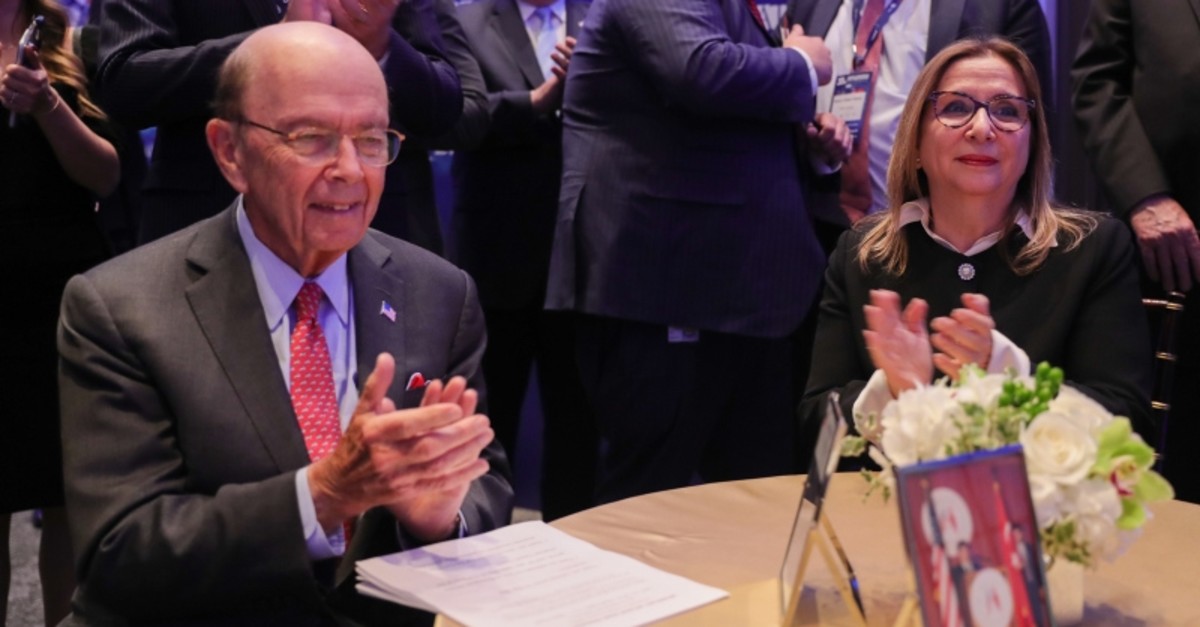 Pekcan's announcement came after she held phone call with the U.S. commerce secretary.

Underlining that they had a "fruitful conversation" with Ross, Pekcan said: "During that conversation we reached a consensus about the Secretary's visit to Turkey with a delegation of business people in the first half of September."

"On the occasion of that visit, we'll be holding a series of meetings with the participation of business people from both countries and consider our sectoral studies together," Pekcan said.

Pekcan reiterated that this visit will bring two countries' business communities together, and should be seen as a concrete demonstration of Turkey's willingness to bolster relations.

"It will be an important step to boost our bilateral trade relations," she added.

Pekcan's remarks also come amid the S-400 and F-35 dispute between the two NATO allies. Late last month, she said that she agreed with her American counterpart to set aside the disputes and focus on ways to increase bilateral trade volume between the two countries to $75 billion.

That target was set by President Recep Tayyip Erdoğan and U.S. President Donald Trump in February.

Pekcan visited the U.S. in late April to attend the 37th Annual Conference on Turkey-U.S. Relations in Washington, where she met with Ross. The main topics of the Washington visit were the S-400 and F-35 issues, two things that have been nagging bilateral relations for over a year.

Pekcan previously said Turkish and American trade administrations have formed working groups, consisting of companies from both countries. Accordingly, the groups have developed common strategies for how to increase trade volume to $75 billion in the four meetings that they have held so far, while the fifth one is expected to be held soon.

Meanwhile, during a bilateral meeting with Erdoğan on the sidelines of the G20 summit in Osaka in late June, Trump proposed that both countries should aim for $100 billion in bilateral trade to take advantage of their huge economic potential.

In 2018, the Turkey-U.S. bilateral trade volume was $20.6 billion, according to data from the Turkish Statistical Institute (TurkStat). While Turkey's exports to the country came to $8.3 billion, its imports totaled $12.3 billion.