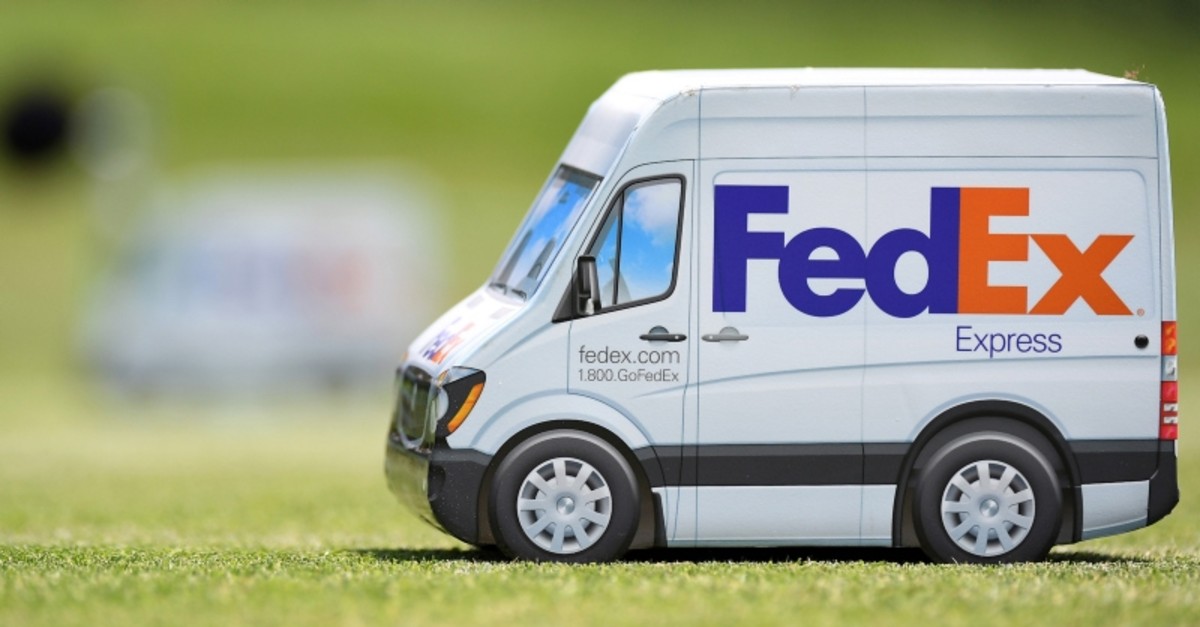 View of a FedEx Express tee box marker on the ninth hole during the second round of the FedEx St. Jude Classic golf tournament at TPC Southwind.(Christopher Hanewinckel-USA TODAY Sports/File Photo)
by Aug 07, 2019 8:22 pm

FedEx said Wednesday it would stop making ground deliveries for Amazon in the latest sign of competition between the two firms.

The move comes two months after the package delivery giant announced it was ending express service with Amazon as it moves to work with others in the online retail sector.

"This change is consistent with our strategy to focus on the broader e-commerce market, which the recent announcements related to our FedEx ground network have us positioned extraordinarily well to do," a FedEx statement said.

Amazon has been bolstering its own logistics network and earlier this year offered employees $10,000 to quit their jobs and create their own delivery enterprise.

In June, FedEx said Amazon accounted for less than 1.3 percent of its total revenue for 2018 and announced it was building out a network "to serve thousands of retailers in the e-commerce space."

Amazon, which also has its own aircraft and vehicle fleet for its logistics and is experimenting with drone and robot deliveries, has faced criticism from President Donald Trump, who claimed its deal with the US Postal Service gave the company overly favorable rates.

Queried on the latest development, Amazon said in a statement: "We are constantly innovating to improve the carrier experience and sometimes that means reevaluating our carrier relationships. FedEx has been a great partner over the years and we appreciate all their work delivering packages to our customers."