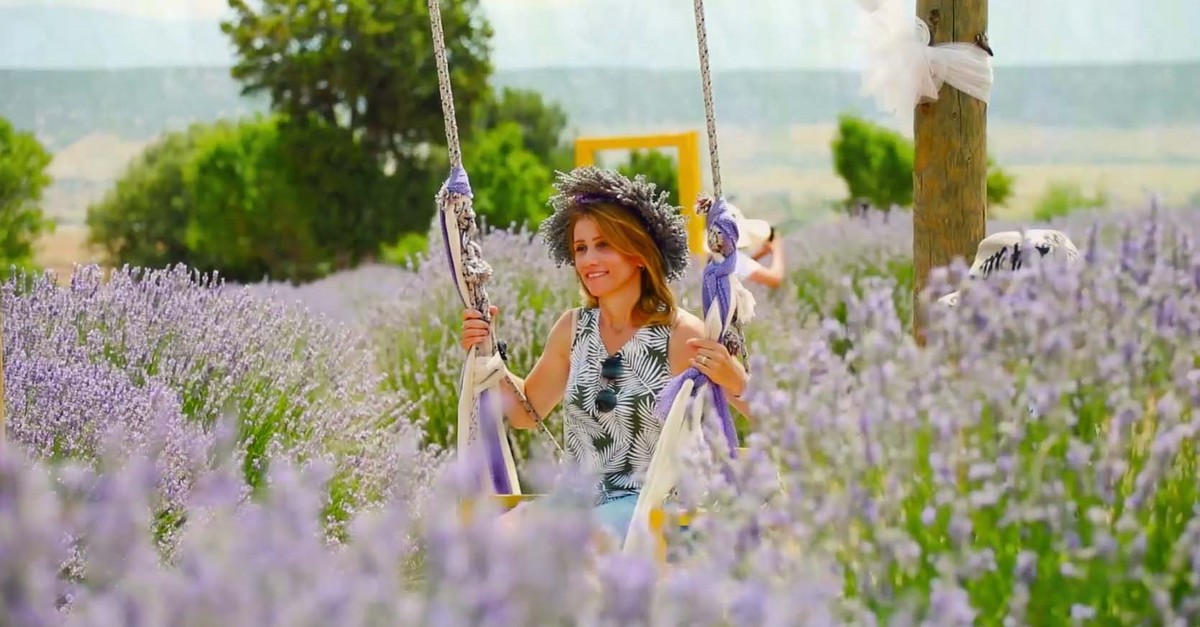 Turkish farmers are currently cultivating lavender in an area of 10,000 decares while the total area of lavender cultivation was recorded at 8,700 decares last year.
by Daily Sabah Aug 19, 2019 12:33 am

Magical lavender, incorporating many a secret treasure, has been a good source of income in Turkey as production has seen steady growth over recent years. As its extracts are used in cosmetics, cleaning materials, health products and even in industry, its cultivation is currently carried out at 10,000 decares in Turkey as opposed to 8,700 decares in 2018. The Agriculture and Forestry Ministry's support for aromatherapy plants has also led to an increase of areas for lavender cultivation.

According to a statement released by the Agriculture and Forestry Ministry, around 150 kilograms to 4,000 kilograms of lavender flower is produced per decare while oil yield constitutes 2% to 5% of the flower yield.

Native to the Old World and found at Cape Verde and the Canary Islands, lavender grows in Europe, across northern and eastern Africa, the Mediterranean, southwest Asia, China and southeast India. Having spread throughout the world, it is one of the most easily found plants and a key ingredient in aromatherapy.

Lavender farmers are able to secure high yields in areas where irrigation is difficult because the magic seed is not very demanding on water and can be cultivated in rough terrain.

While lavender oil is an important ingredient for the cosmetics industry as it is used in perfumes and for cleaning products, it is also used in painkillers, tranquilizers and for aromatherapy for its qualities to mitigate insomnia.

The agriculture and forestry ministry offers a range of incentives for farmers to boost the production of medical and aromatic plants. Last year, the ministry provided farmers with TL 50 to 100 per decare in incentives. Farmers who engage in the cultivation of medical and aromatic plants received TL 100 per decare and diesel and manure subsidies. A 50% cut in interest rates provided in loans up to TL 2 million provided by state lender Ziraat Bank and agricultural credit cooperatives. The General Directorate of Forestry also offers training in lavender cultivation.

Located in the Lake District of the northwestern Mediterranean region, Isparta has become a top destination for lavender cultivation and agricultural tourism activities in the recent years. To see the fields, many tourists journey to the villages of Kuşçular, Kuyucak, Ardıçlı and Aydoğmuş from both Turkey and around the world, with the largest numbers visiting in July. Located in Turkey's biggest lavender producing district, Keçiborlu, Lavender Valley boasts large fields that mirror the Provence villages of France. Those who visit the city during the rose harvest can explore the fields and gather beautiful blooms with the locals. They can also visit the factories where the roses are processed.