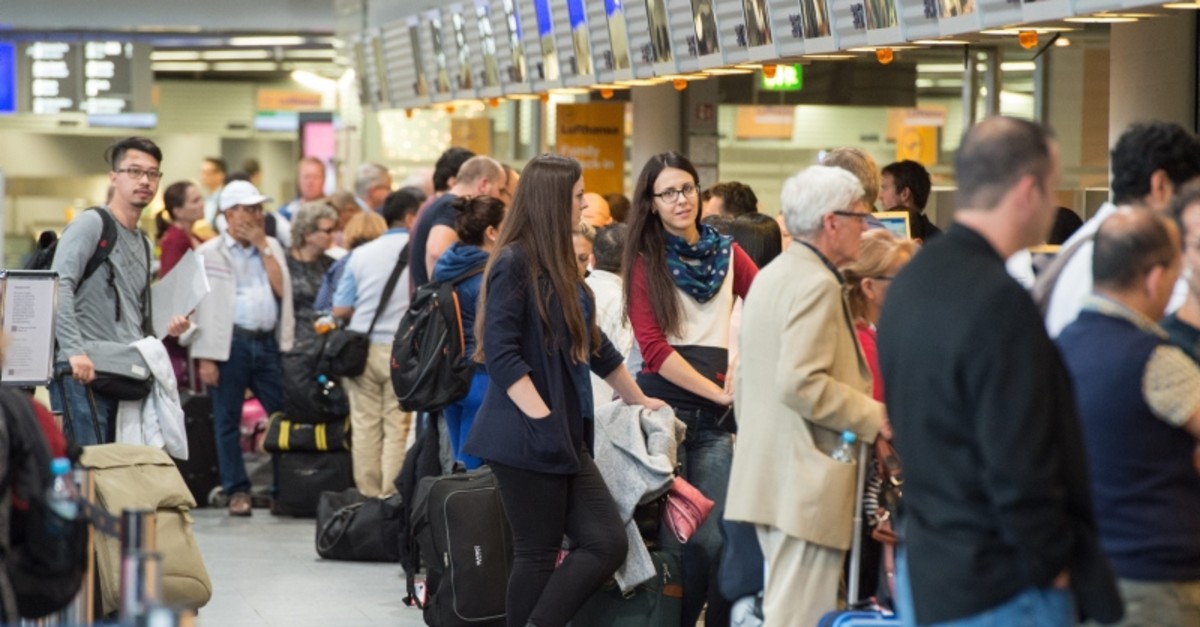 | AP Photo
by Aug 19, 2019 11:28 am
Commuters and travelers were on Monday dealing with the after-effects of storms in central and southern Germany that caused a series of weekend flight cancellations and train delays.

Some 41 flights had been canceled at Frankfurt's international airport by Sunday night and another eight flights diverted, a spokeswoman for airport operator Fraport said Monday.

Damage to power lines led 400 people to be stuck for hours on an inter-city train at Roth in Bavaria. "The train had no power any more and stopped in the middle of the tracks," a spokesman for federal police said on Monday morning. It took firefighters and rescue authorities until midnight to free passengers from the train.

Power line troubles and downed trees on the tracks continued to cause train disruptions throughout the Hesse region on Monday.

Train services between Frankfurt and Mannheim were suspended as repairs to a signal box struck by lightning near Walldorf in southern Hesse were expected to cause problems until the the afternoon. It remained unclear Monday morning how long it would take for the disruptions to be cleared away.

The storms also caused damage to houses and cars in the region, including to the roof of the town hall in Moerfelden-Walldorf in southern Hesse. Two people were mildly injured in Mainz when they were stuck under a fallen tree.