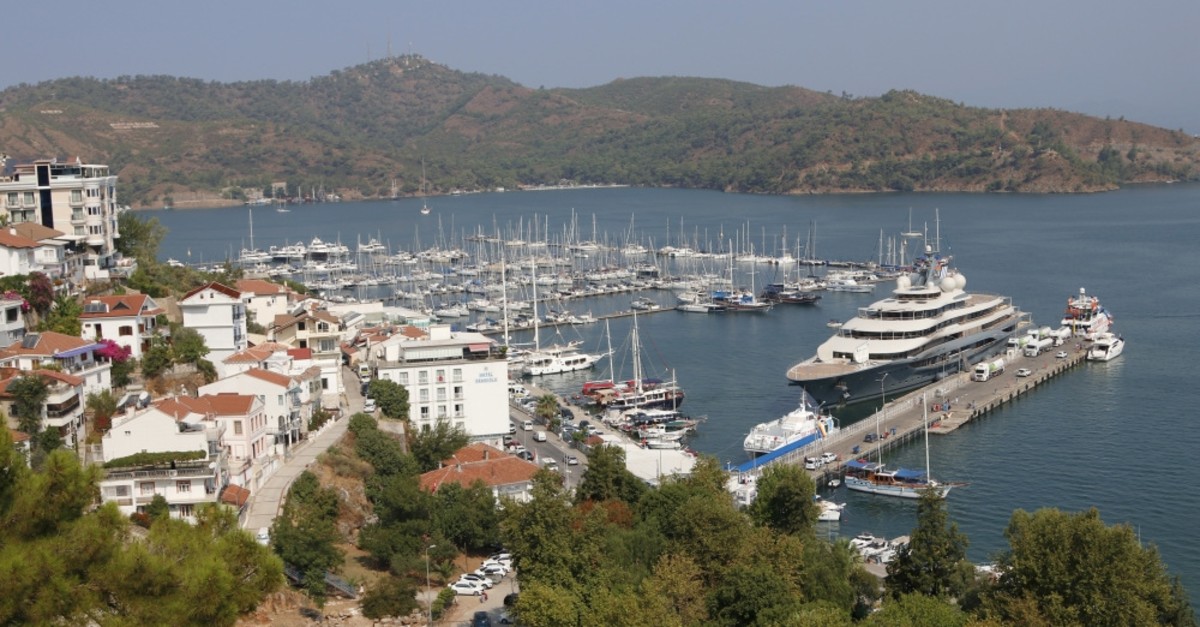 Turkey's ship and yacht sector generated approximately $580 million in exports in the January-July period.
by Daily Sabah Aug 21, 2019 12:04 am

Turkey's ship and yacht sector, which generated approximately $580 million in exports in the January-July period, saw record increases in exports to Far Eastern countries, including Hong Kong, Singapore and Japan. According to the Turkish Exporters Assembly (TİM), exports by the ship and yacht sector have followed a fluctuating course this year. It saw an increase of 116% in January, 35% in February, 25% in March, 168% in April, 59% in May and 60% in June. The sector's exports in July decreased by 40% compared to the same month last year and hit $88.6 million. Exports in the first seven months of the year also decreased by 9.75%, reaching around $580 million in foreign sales. The ship and yacht sector, which set sail for new horizons, achieved record increases in January-July exports to Hong Kong, Singapore and Japan.

Exports to Hong Kong, which stood at only $51,000 in January-July last year, saw a 68,454% increase in the same period this year and stood at $35.6 million. With this figure, Hong Kong ranked sixth in the country's top 10 export destinations.

While exports to Singapore reached only $92,000 in the seven months of this year, this figure surged by 32,776% in January-July last year, totaling $30.2 million. Thus, Singapore ranked seventh in Turkey's top 10 export markets.

Meanwhile, exports to Japan, recorded as $234,000 in the first seven months of last year, amounted to $14 million in the same month of this year with an increase of 5,875%, putting Japan in ninth place in Turkey's leading export destinations.

In the January-July period, exports to the EU countries decreased by 31% and reached $183.4 million compared to the same period last year. Other European countries came second in foreign sales with a decrease of 5% and $151.5 million.

Exports to the Far East, which came third with the sales to Hong Kong, Singapore and Japan, increased by 15.63% and became the third most exported group with $80 million.