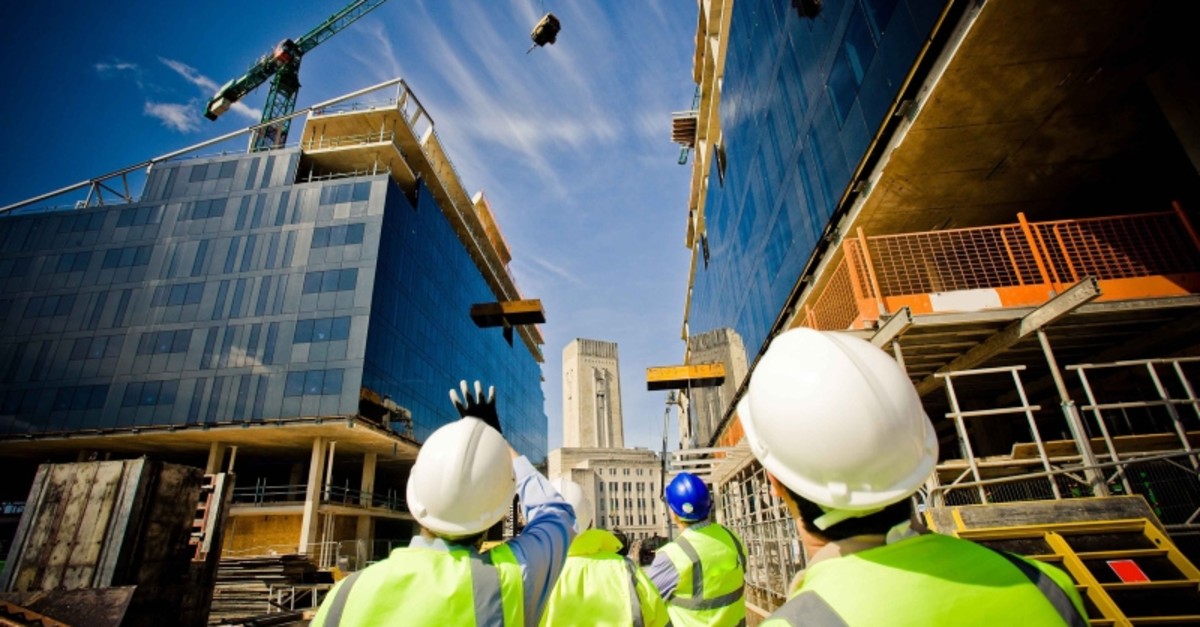 In a time when international contractors are becoming increasingly wary of risk exposure and face multiple downsides that shake global market dynamics, Turkish contractors have managed to undertake major projects abroad. Thus, the country was second only to China in the Top 250 Global Contractors List for 2018, prepared by the Engineering News Record (ENR), an international construction industry magazine.

This list ranks companies based on contracting revenue from projects outside their home countries, measuring presence in international commerce. On the 2018 list, 44 Turkish contractors were named, a statement by the Turkish Contractors Association (TMB) said yesterday.

The industry, one of the sectors most affected by global economic uncertainties, continues to stagnate. The Top 250 International Contractors reported $487.29 billion in contracting revenue in 2018 from projects outside their home countries, up only 1% from $482.4 billion in 2017, said the ENR.

"The global construction market is sluggish and has been for several years," the magazine said.

Turkey has maintained its performance and ranked second, as was the case for 2017. This time, 44 Turkish companies were on the 2018 list. Despite downsizing in the global contracting sector in recent years, the number of Turkish firms on the ENR list rose from 40 to 46 in 2016. The figure was unchanged in 2017.

The share of Turkish contractors in regional revenues surged from 9.7% to 10.4% in the Middle East and fell from 4% to 2.1% in Asia. The market share of the firms did not change much in Africa, reaching 5.6%, while in Europe it caught a limited increase of 7%.

"Despite fragility in the global and national economy, it is of great importance that we maintain our position in the world giants league with 44 contracting companies, 40 of which are members of the TMB," said TMB Chairman Mithat Yenigün.

"By the end of the year, we aim to reach the $20 billion business volume we achieved in 2018. To further strengthen our position in international markets, it is important to increase the awareness of our companies in joint business by enlarging the scale of the firms, support and strengthen our technical consultancy sector," Yenigün added. "Foreign contracting services are of great importance in terms of sustainable growth, especially foreign exchange inflow to the economy, export, employment and contribution to sectoral competitiveness," he said.

Yenigün also said that their most important target was to increase Turkish contractors' global share to 7%, which corresponds to $50 billion in business volume annually, by the 2030s.