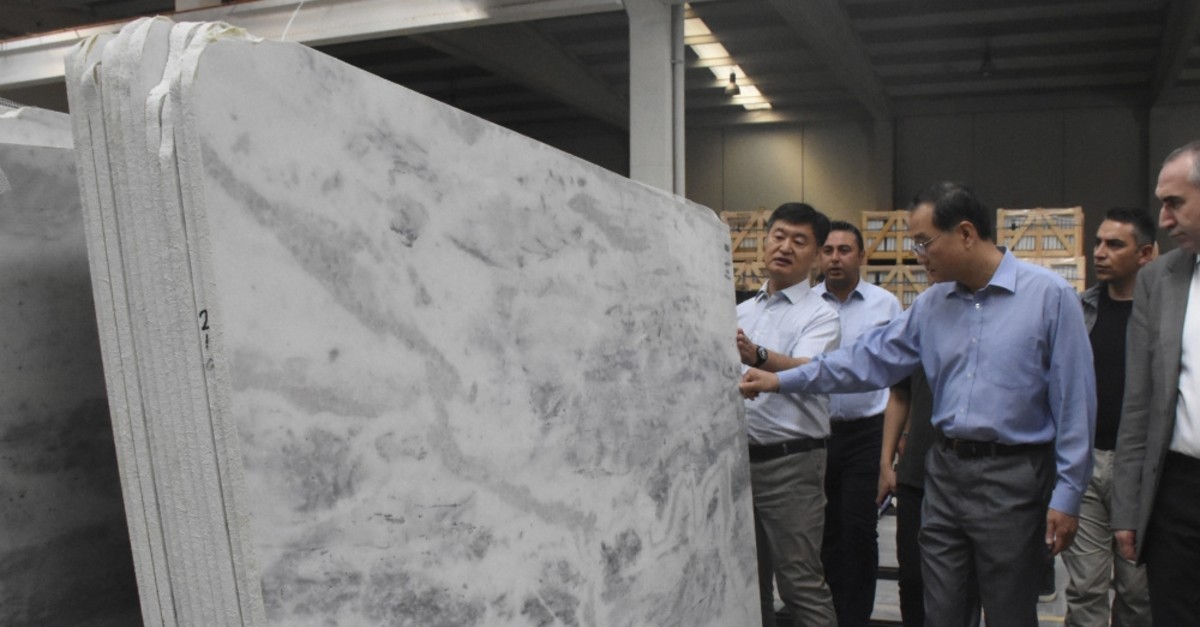 Strong cooperation between Turkey and China in the marble sector resulted in Turkish exporters selling 5 million tons of marble blocks to China last year, China's Ambassador to Ankara Deng Li said, projecting that this year's figures would be even higher. World-famous Afyon marble produced at some 500 marble manufacturing enterprises in the central Anatolian city Afyonkarahisar's İscehisar district, which has over 3,000 years of history in marble manufacturing, is exported to 120 countries including China, India, the U.S., Iraq, France, the United Arab Emirates (UAE) and Saudi Arabia. According to the Afyonkarahisar Chamber of Commerce and Industry (ATSO), the province exported $109.25 million worth of marble in 2018, while $113.75 million has been exported so far this year.

Businessmen and trade delegations from China give orders as a result of one-on-one meetings with marble manufacturers in the İscehisar district.

Indicating that 50% of marble exported by Turkey heads to the Chinese market, Deng Li said that this leads to stable, long-term trade relations between the two countries. Emphasizing that this cooperation on marble between China and Turkey is built on a solid ground, the ambassador added, "That is why I think highly of the future of Turkish marble in the Chinese market."

Since 5 million tons of Turkish marble went to China last year, Deng Li said that he thinks this year's figure will be higher. "Considering the growth rate of China's gross domestic product, if our market growth rate rises very steadily, then our need for Turkish marble will increase proportionally." Turkey-China Business Development and Support Association Chairman İhsan Beşer said that they individually address each export item Turkey exports to China.

Since they hold programs in Ankara, Afyonkarahisar, Isparta and İzmir for Chinese delegations coming to Turkey to receive information about aromatic plants, Beşer said that they would boost efforts to improve marble export between the two countries.

Highlighting that they will not face problems this year like they did at last year's fair in Shanghai, Beşer noted that, as a result of their efforts to increase marble exports to China, as in other parts of the world, China will start purchasing significant amounts of marble as of October. According to Beşer, in an attempt to introduce Afyon marble to China in all aspects, they invited Ambassador Deng Li, Chinese Undersecretary of Economy and Trade Liu Yuhua and some businesspeople to the city and guided them around marble manufacturing enterprises.