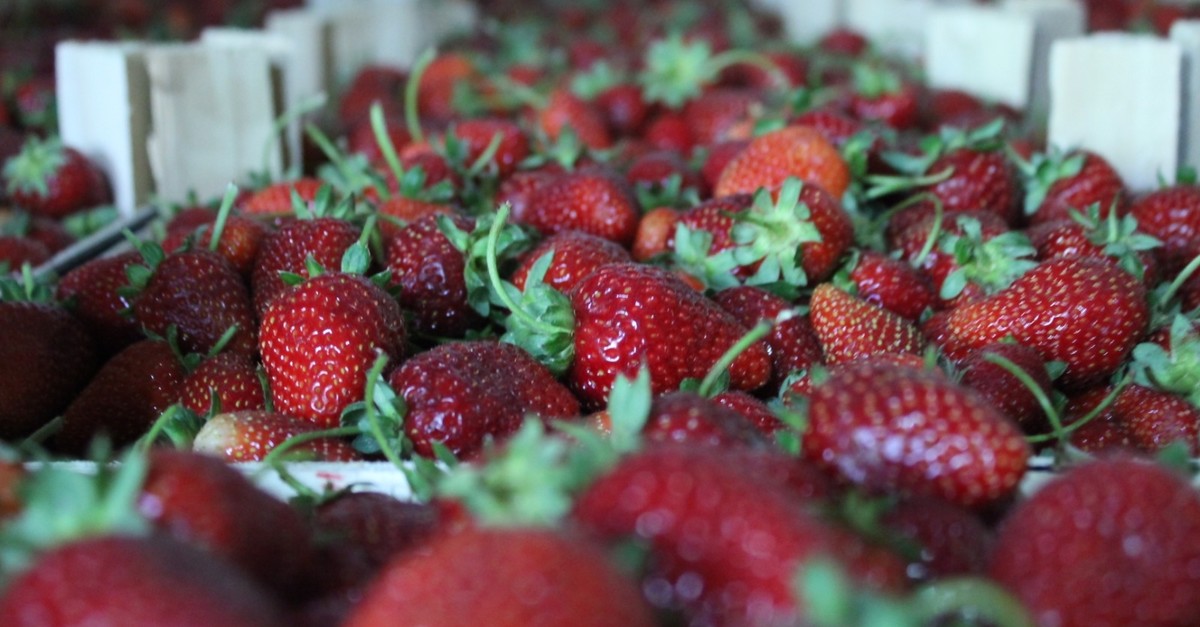 Everbearing strawberries, known as "red diamonds" in the Kurşunlu rural neighborhood of Bursa's İnegöl district, are now being exported to Russia after Georgia and Ukraine.

Of 30,000 tons of strawberries annually grown on a field of 12,000 decares in the Kurşunlu neighborhood, are offered to the domestic market, while the remaining 20% go abroad.

The first exports to Moscow recently followed exports to Georgia and Ukraine. Tons of strawberries were loaded on to trucks and sent to both countries recently.

İnegöl Chamber of Agriculture Sezai Çelik said that Kurşunlu is one of Turkey's favorite areas for strawberry production.

Since previously they only sold strawberries to the domestic market, Çelik said that they exported six trucks of strawberries to Moscow. Noting that strawberries grown in Kurşunlu have a higher aroma and longer shelf life, he added: "Since it has proven itself with its flavor, it has become very popular. We are very happy."

Since they started growing strawberries with a few seedlings that they brought from Nevşehir 10 years ago, Çelik stressed that strawberries grown in Kurşunlu have made a name for themselves around Turkey. "The Kurşunlu neighborhood has returned to agriculture for 10 years now. Currently, we are exporting strawberries. We produce 30 tons per year. We intend to increase this even further," he added.

Ali Satılmış, a strawberry exporter, said that Kurşunlu, which made a name for itself with beans from 1980 to 1995, has now managed to make a name with strawberry production, adding: "We have made strawberry production, which we started as amateurs in the early 2000s, more professional and turned into a good means of living for villagers."

According to Satılmış, villagers used to work outside of the village for daily wages before strawberry production. Now, 400-500 agricultural workers come to the village to harvest strawberries. "While people in villages migrate to cities, Kurşunlu's people are returning to their own village," he said.