Turkey, US accelerate efforts to reach bilateral trade target of $100B 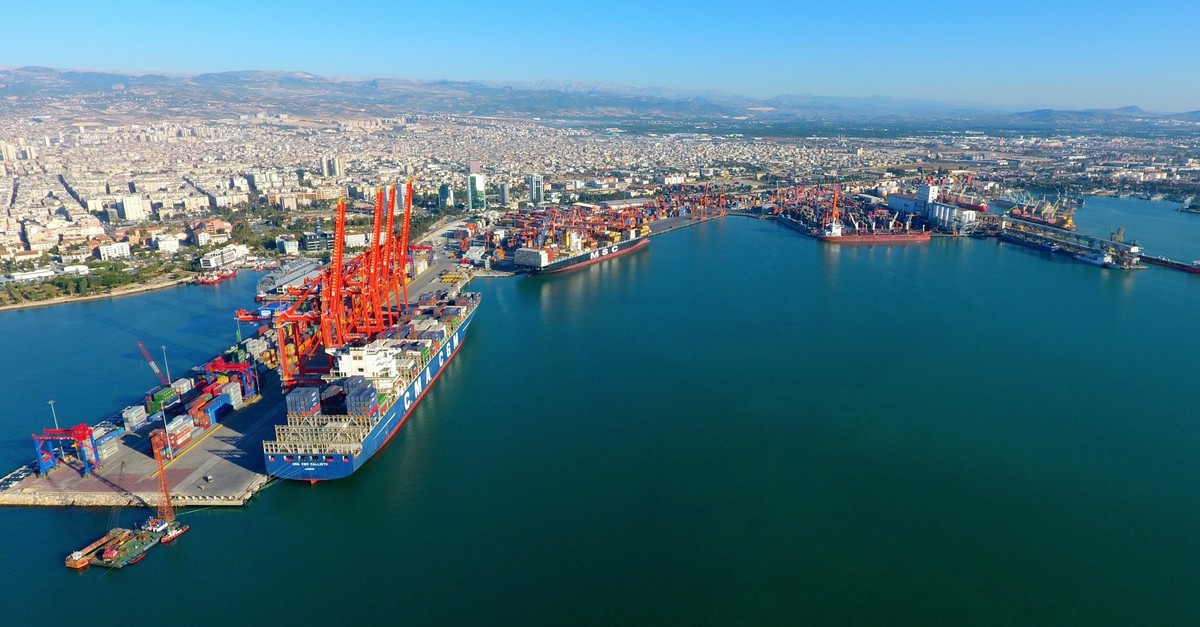 A visit by a U.S. delegation this week is of major importance particularly as Turkey and the U.S. have been speeding up their works on a road map that will help them reach their $100 billion trade target

Economic ties between Turkey and the U.S. have been dealt with separately from other issues that have been a reason for tension between the two countries recently. This week will be marked by a visit of a U.S. delegation headed by the U.S. Secretary of Commerce Wilbur Ross, who will be visiting Turkey as of Sept. 6. Ahead of his visit, Ross came together with Turkish and American business representative at a meeting in Washington, during which the trade potential between the two countries was discussed and highlighted the determination to reach the bilateral trade volume of $100 billion. The efforts to take advantage of the huge economic potential between the two NATO allies have been accelerated particularly after the meeting between President Recep Tayyip Erdoğan and the U.S. President Donald Trump at the G20 leaders summit in Osaka, Japan in late June. During the meeting, Trump proposed that both countries should aim for $100 billion in bilateral trade. The figure was revised up from the $75 billion target set by the two leaders in February.

Both countries' officials and business worlds have since been in close contacts and have been working on a road map to reach the desired target.

This was lastly reflected on during a meeting in Washington, held upon the invitation of Ross. It was attended by Turkey-U.S. Business Council (TAİK) Chairman Mehmet Ali Yalçındağ, American-Turkish Council (ATC) Chairman General James Jones, and U.S. Chamber of Commerce and Boston Consulting Group (BCG) officials.

At the meeting, which emphasized the need to develop a balanced trade of $50 billion in exports and $50 billion in imports, the issues discussed will be presented to Trump by Ross.

In 2018, the Turkey-U.S. bilateral trade volume was $20.6 billion, according to data from the Turkish Statistical Institute (TurkStat). While Turkey's exports to the country came to $8.3 billion, its imports totaled $12.3 billion.

TurkStat data also showed that in the period January to July this year, the bilateral trade volume between the two NATO partners was around $11.28 billion. U.S. purchases of Turkish products were nearly $4.63 billion, while exports were $6.65 billion.

After the two countries' leaders called for the increase of the trade volume, Yalçındağ had sent a letter to Trump, emphasizing the satisfaction of the Turkish and American business community for the project. He also said that collaboration with the Boston Consulting Group, one of the world's leading consultancy firms, for the creation of a road map had been initiated.

Following the letter, Ross reportedly called Yalçındağ and said that they would compare the BSG's report with their own, in the aftermath of which he invited Yalçındağ and Jones to Washington on Aug. 29.

According to official sources, during the meeting in Washington, which was held in a generally positive and constructive manner, Ross asked to focus on issues that could be implemented more quickly and prioritized the business perspective, rather than on issues that were difficult to solve in a short time.

The U.S. secretary reportedly also underscored that the tariffs to be applied on China would increase Turkey's exports especially in the textile, automotive and white goods sectors, pointing to the improvement of the investment climate and strengthening this perception.

He expressed his wishes for improvement in Turkey, especially in the agricultural sector, spearheaded by sugar, pharmaceuticals, and information technology (IT), particularly in the field of and data security and cloud computing. Ross said that they agreed with the findings of the report of the Turkish side and that they were carrying out the detailed study. He later received information on business issues that could be applied more quickly from the Turkish side.

Yalçındağ said that these contacts should be evaluated as an indicator of the importance given to the trade volume target with Turkey, adding that both sides put their expectations on the table to ensure balanced trade.

"According to Ross, the business and state authorities of both countries should prioritize sectors that can be solved and implemented quickly in the short term," Yalçındağ said. "In this context, textile, automotive, white goods sectors, also emphasized in the BCG report ordered by TAİK, come to the fore. It is highly possible that the exports from Turkey will meet the import potential that will consist of tariffs to be imposed on China."

Yalçındağ also stated that improving the investment climate and strengthening the perception between the two countries would support both trade and long-term investments. "Ross said business and government officials in both countries should take quick action," he noted.

CUSTOMS PROCEDURE SHOULD BE FACILITATED

"Ross also stressed the need to reduce logistics costs and simplify customs procedures between the two countries," Yalçındağ continued. "This is especially important for the liquefied natural gas (LNG) trade that the U.S. plans to export to Turkey. Ross also said that it is important for them to overcome the challenges of American companies and that all concrete proposals, including the U.S. preferential trade agreement, should be discussed."

Ross will begin his Turkey visit this Friday after submitting a report to Trump on the issues agreed on at the first meeting with the Turkish business community on the $100 billion trade volume project.

The U.S. secretary, who will spend the first three days of his Turkey visit in Istanbul, will meet with representatives of the Turkish business community such as Turkey-U.S. Business Council, Turkish Industry and Business Association (TÜSİAD), Union of Chambers and Commodity Exchanges of Turkey (TOBB) and the Turkish Exporters Assembly (TİM).

Scheduled to also visit Istanbul's historical and tourist sites over the weekend, Ross is expected to be received by Erdoğan in Ankara on Monday, Sept. 9. He will also meet with Treasury and Finance Minister Berat Albayrak and Trade Minister Ruhsar Pekcan.

9th District Congressman Morgan Griffith and representatives from the economic development office of Pulaski County will also meet with Turkish business people, industrialists as well as DEIK/DTIK representatives during a separate visit the same week. The law firm of Breeding Henry Baysan is planning the trip on behalf Pulaski County.

Erdoğan, who will pay a visit to New York for meetings of the United Nations General Assembly, will launch this project at the 10th Turkish Investment Conference organized by TAİK on Sept. 25.

In the TAİK and Citibank joint investor conference, Ross will join the senior representatives of approximately 1,400 American companies operating in Turkey.