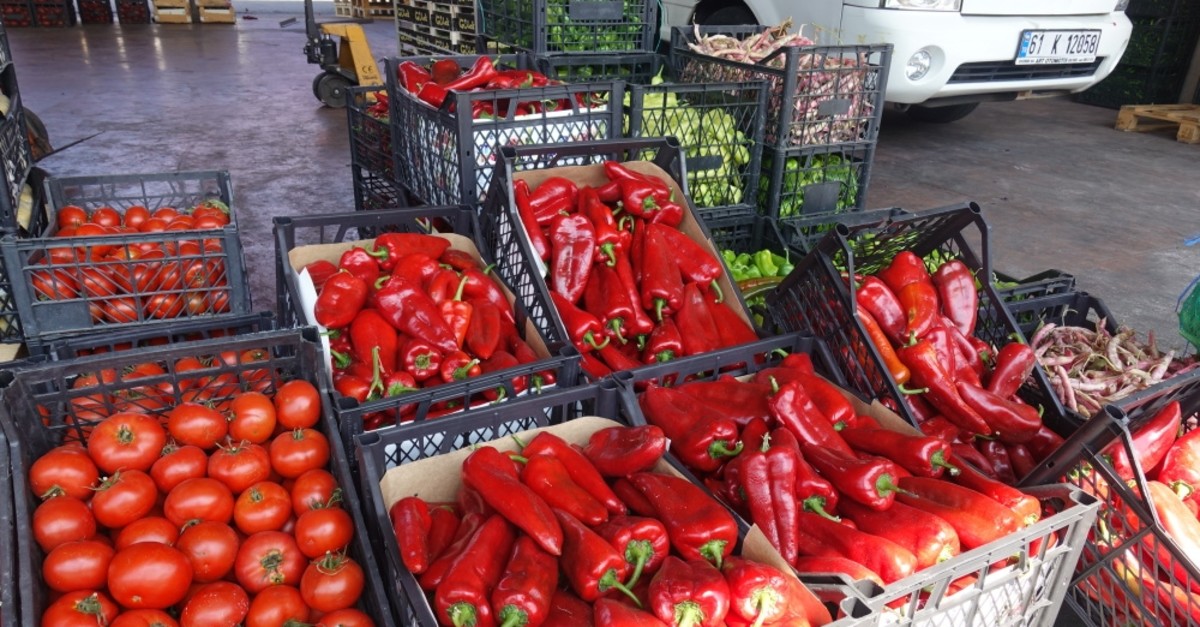 Turkey exported around 2 million tons of fresh fruits and vegetables to 114 countries in the first eight months of the year.
by Daily Sabah with AA Sep 10, 2019 12:17 am

In the January-August period of 2019, Turkey exported $1.2 billion worth of fresh fruits and vegetables to 114 countries.

According to data from the Eastern Black Sea Exporters Association (DKİB), Turkey exported around 2 million tons of fresh fruit and vegetable exports to 114 countries in the first eight months of the year, generating $1.2 billion in revenue.

Meanwhile, the Eastern Black Sea Region achieved $70.5 million in the export of 85,438 tons of fresh fruit and vegetables to Russia.

DKİB Chairman Saffet Kalyoncu said that in the first eight months of the year, Russia again took the lead in Turkey's fresh fruit and vegetable exports.

Kalyoncu recalled that Turkey reached $2.4 billion in exports to Russia from all sectors in the first eight months of the year, stressing the said figure saw an 8% increase compared to the same period last year.

Kalyoncu highlighted that Trabzon spearheaded the region's exports in the eight-month period, adding 77% of the exports made to the Russian Federation from the Eastern Black Sea provinces were carried out through Trabzon.