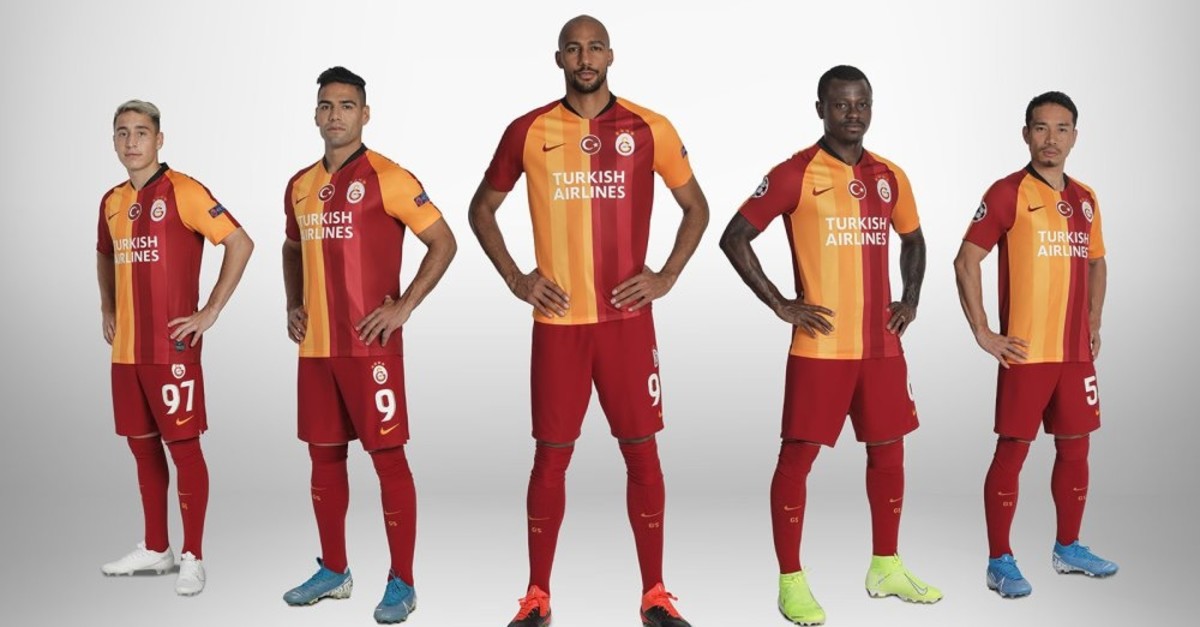 Galatasaray's jerseys will feature the Turkish Airlines logo for a year.
by Daily Sabah with AA Sep 18, 2019 12:14 am

Galatasaray said on its website that the team's jerseys will feature the airline's logo in the European games.

The sponsorship deal is valid for a year, the club said. The Turkish flag carrier sponsored Galatasaray for the first time in 2014 for the team's European campaign. This season Galatasaray is set to play against Real Madrid, Paris Saint-Germain and Club Brugge in the UEFA Champions League Group A.

In their first group game of the season, the Lions will meet Club Brugge in an away match at Brussels' Jan Breydel Stadium today.

Both clubs are keen to make a good start with a win, with tough fixtures lurking ahead – with matches against Paris Saint-Germain and Real Madrid.

The 2020 Champions League final will be played in Istanbul's Ataturk Olympic Stadium on May 30.

Turkish Airlines inked a three-year sponsorship deal with the world-famous Argentinian football club River Plate in August as the Buenos Aires club had the airline's logo on their jerseys.

The Turkish flag carrier sponsored the UEFA Euro 2016 as well as prominent football clubs such as Barcelona, Manchester United and Borussia Dortmund.

Founded in 1933 with a fleet of five aircraft, the company currently has 343 aircraft, including passenger and cargo planes, and the airline flies to 315 destinations worldwide in 126 countries.