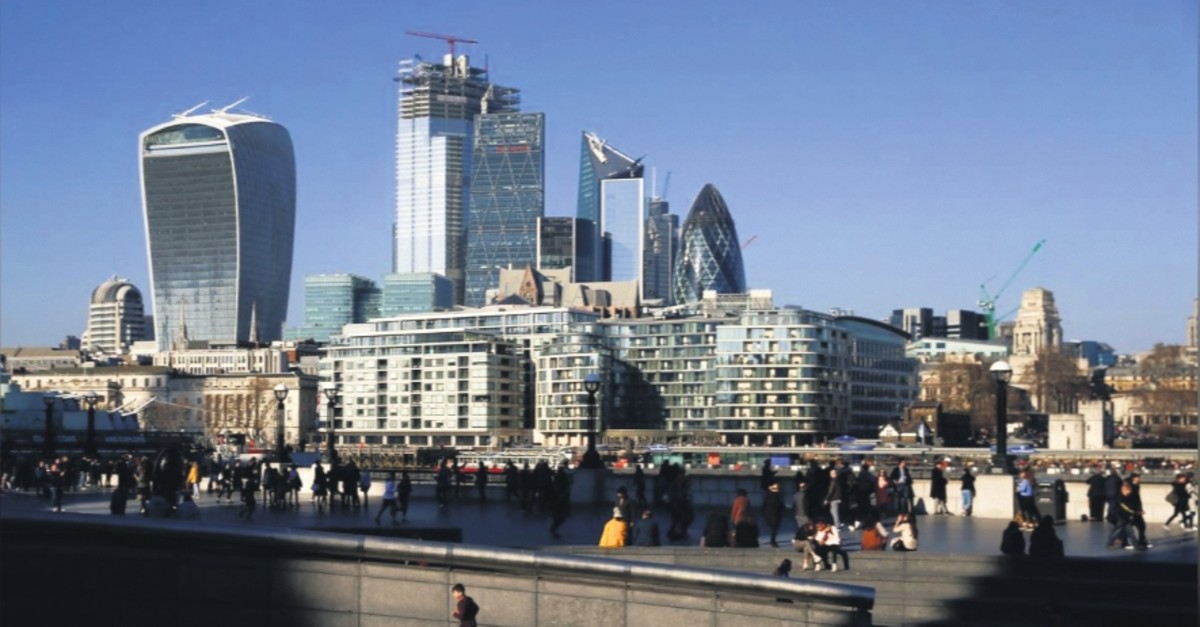 The U.K. is still an important center for Turkish investors despite the Brexit process. Overall, they managed to increase their investments abroad at the time of a slowdown in global flows

Despite the turbulent process of its divorce from the European Union, the U.K. has maintained its top rank as the most attractive destination for the Turkish business world, whose appetite for overseas investments increased last year amid a slowdown in global trade flows. This was revealed in the 2019 Foreign Investment Index prepared by the Foreign Economic Relations Board (DEİK) in cooperation with U.S.-based management consulting company Bain & Company. Data from the report show the size of Turkish overseas investments in 2018 reached approximately $6 billion.

Evaluated from the perspective of 500 leading Turkish companies, the report focuses on the risk and potential of investment regions with a general assessment independent of sectors for Turkish investors.

It evaluates countries according to the criteria: business environment and development level, know-how potential, domestic and neighboring market sizes, legislative infrastructure, production and raw material costs and relations with Turkey.

The index is prepared periodically and based on the fact that the internal dynamics of a country to be invested in affects investment priorities and examines the countries in three groups, namely high-, medium- and low-income countries.

The findings particularly highlight global investment flows, which have been slowing down especially in recent years. It reveals that the annual money flow of Turkey's foreign investments increased in 2018 despite having gone through a downward trend previously.

Turkey's overseas investments increased ten-fold in the last 20 years, said DEİK Chairman Nail Olpak in his address at the report presentation in Istanbul yesterday. He explained that the index reflects the priorities, motivations, and concerns of Turkish companies, unlike other foreign investment indices.

Based on this infrastructure, Olpak said that they are preparing a country-specific periodic index with the perspective of Turkish companies to help companies make investment decisions abroad.

"In preparing our index, we considered countries as high, middle, and low-income in accordance with the World Bank's income categorization. Not only that, but our report also includes annual investment outlook for continents and countries," Olpak said.

"According to this year's index, the U.K. is still an important center of attraction for Turkish investors despite the Brexit process just as in the previous year. At a time when world trade has slowed down and global trade wars have broken out, it is quite normal for our overseas investments to shrink. Nevertheless, in 2018, we observed that the total size of Turkish investors' overseas investments reached around $6 billion."

Noting that they focused more on China, Russia, India and Mexico, the target countries determined by the Trade Ministry, Olpak said to increase economic relations with these countries, they both prepared market guides and came together with the stakeholders to formulate the action plan comprehensively.

On the other hand, Volkan Kara, Chairman of DEİK/Foreign Investments Business Council, said that 18 of the most prominent countries in foreign investments are from Europe, and when Turkish investments are examined periodically, Europe continues to be the source and address of investment for Turkey.

"Another remarkable finding is that Eastern European countries maintained their position as an investment address in recent years. The region attracts a significant amount of investment from both Turkey and the world, especially for manufacturing operations," he continued. "We see that Eastern Europe attracted 32% of Turkish investments in 2018 on a transaction basis."

Pointing out that the U.K. and Serbia received 24% of foreign investments determined by the Turkish business world in 2018 on a transaction basis, Kara said according to the data obtained, in 2018, 40% of Turkish foreign investments were realized in Russia and Portugal.

He also said that the Asia Pacific region increased its weight every year, adding the region was included in the index with a total of four countries in 2017, eight countries in 2018, and 10 countries this year. "It is seen that the Asia Anew strategy announced by our government during the year will become evident in our business world in the new period," Kara stressed. "Even though African countries are a region that is always evaluated, especially for Turkish companies, with opportunity-oriented approaches, we observed that the commercial activities of Turkish investors in Africa last year outperformed real investments. In our investor perception survey, we also tried to evaluate the effects of the China-based Belt and Road Initiative. More than 50% of the participants agreed that the Belt and Road project has yet to have a concrete impact but had a positive impact on the outlook in the long run."

The rate of participants with high investment appetite, which was 40% last year, rose to 50% this year.

While Turkish investors made 17 (four mergers and acquisitions) investments in Africa and the Middle East region in 2017, nine (one merger-acquisition) investments were made in 2018.

While they invested approximately $760 million in the region in 2017, the estimated amount of investments made last year was $655 million.

In terms of investment activity, tourism and textile sectors were at the forefront, while Turkish investors stood out for commercial activities rather than real investments.